Just some photos of my small pack I want to share 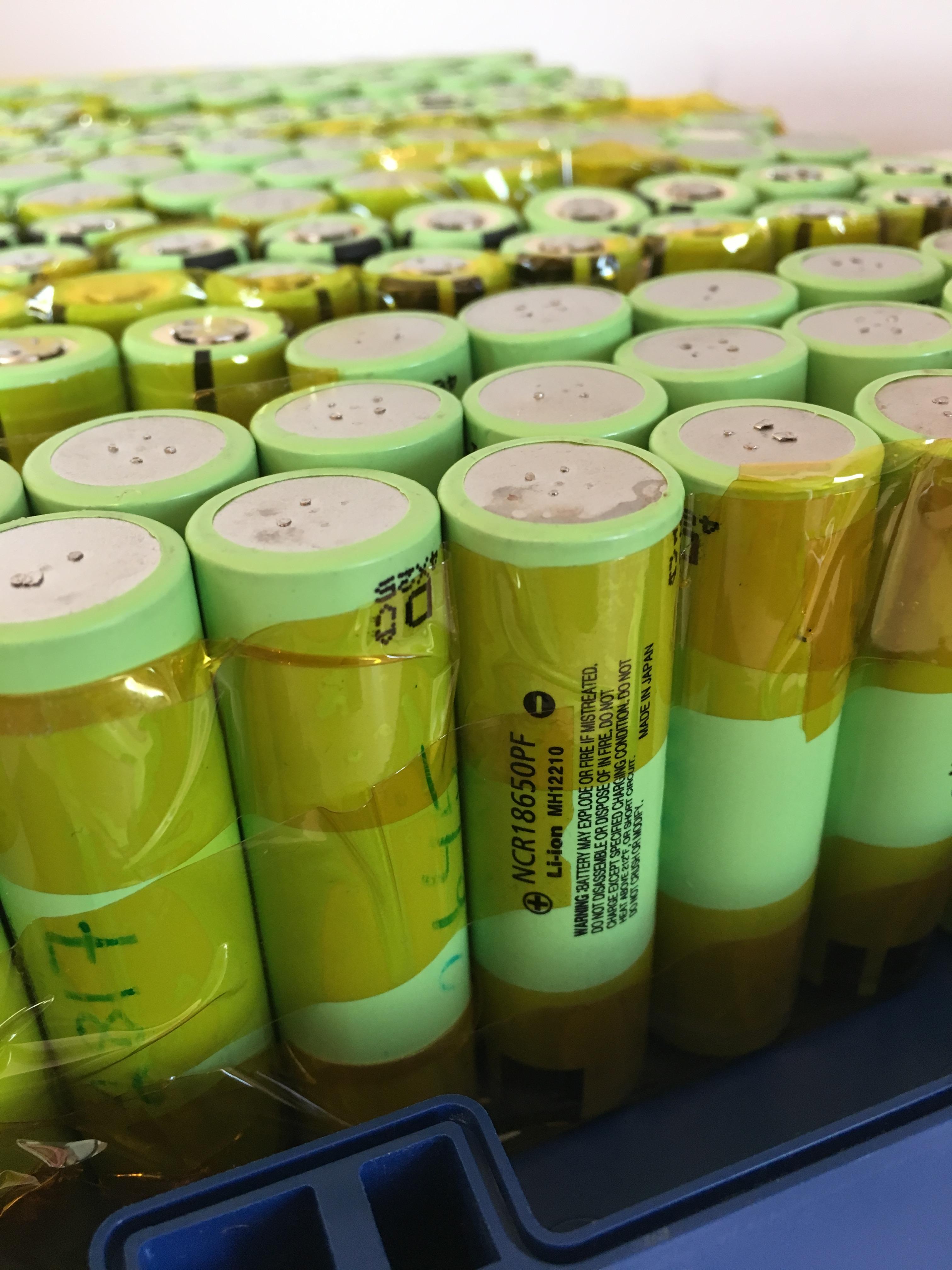 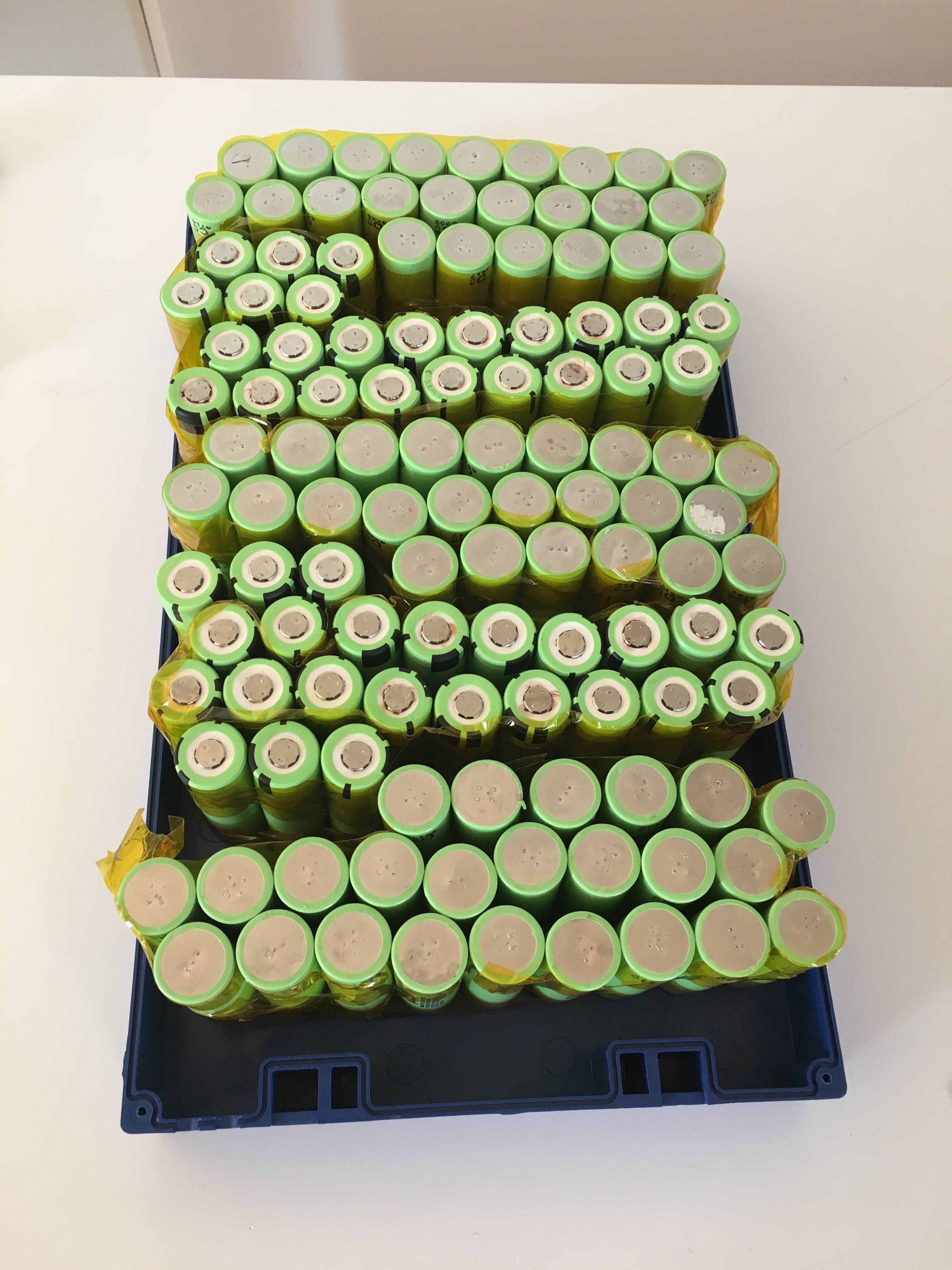 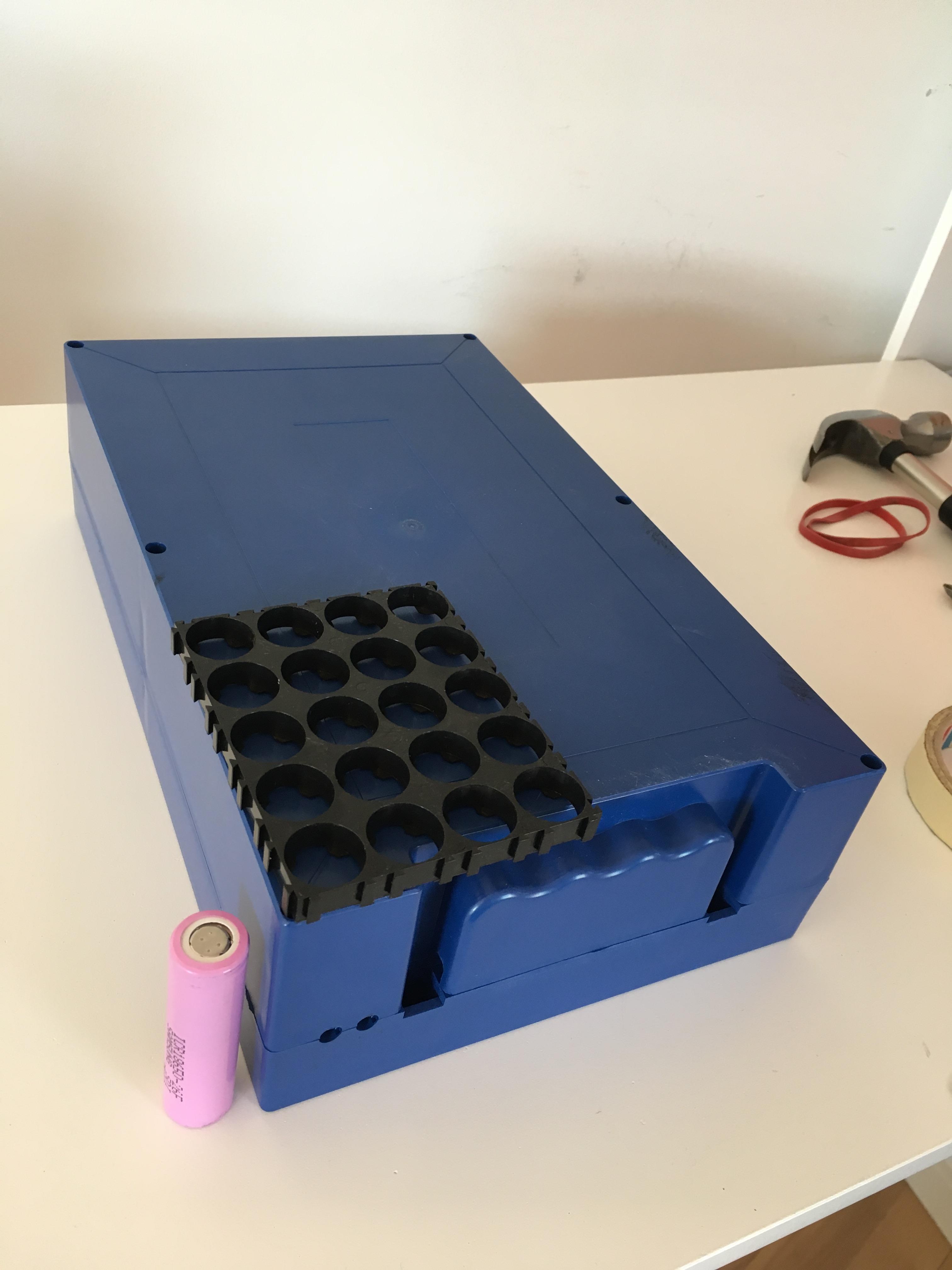 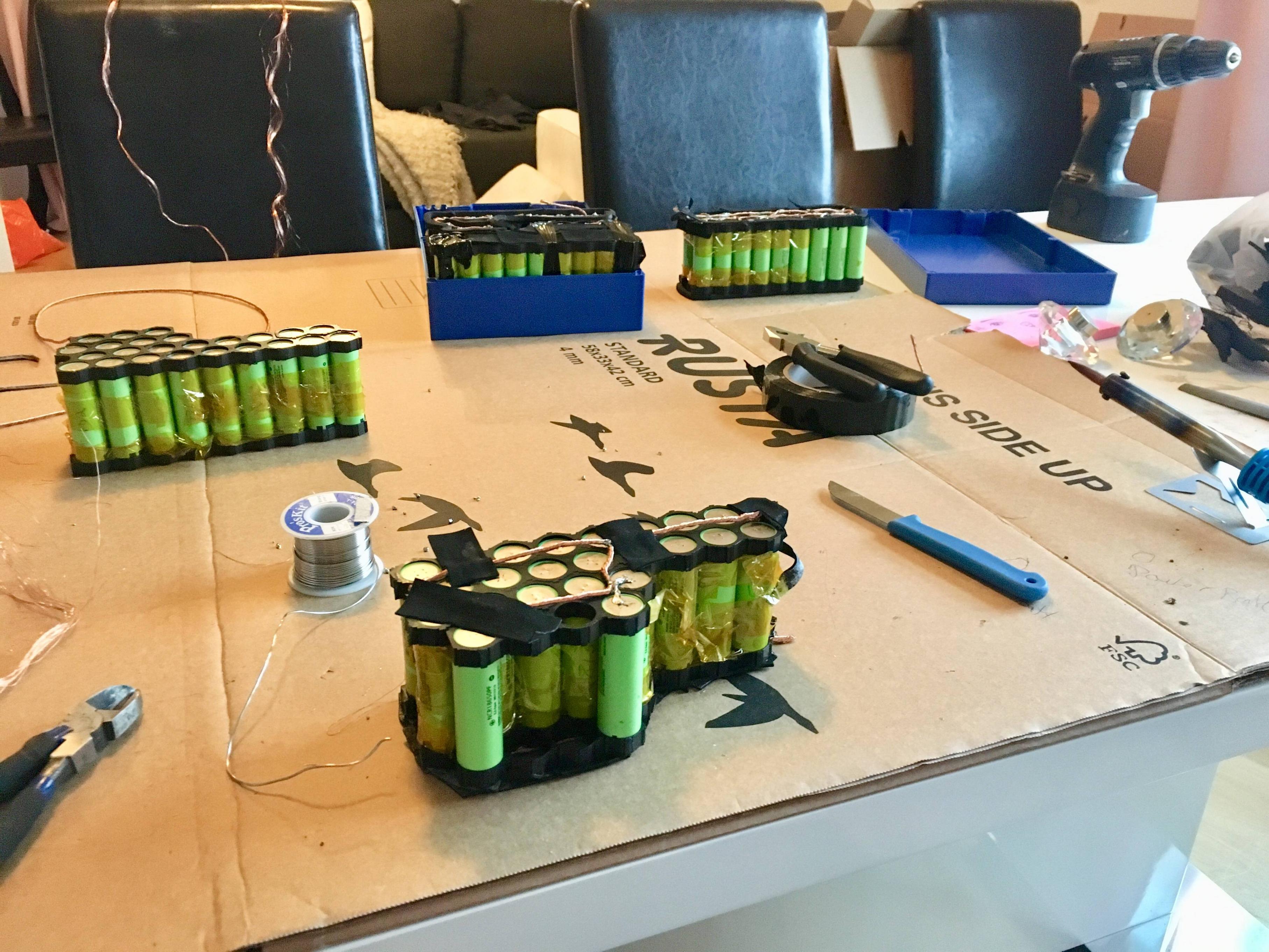 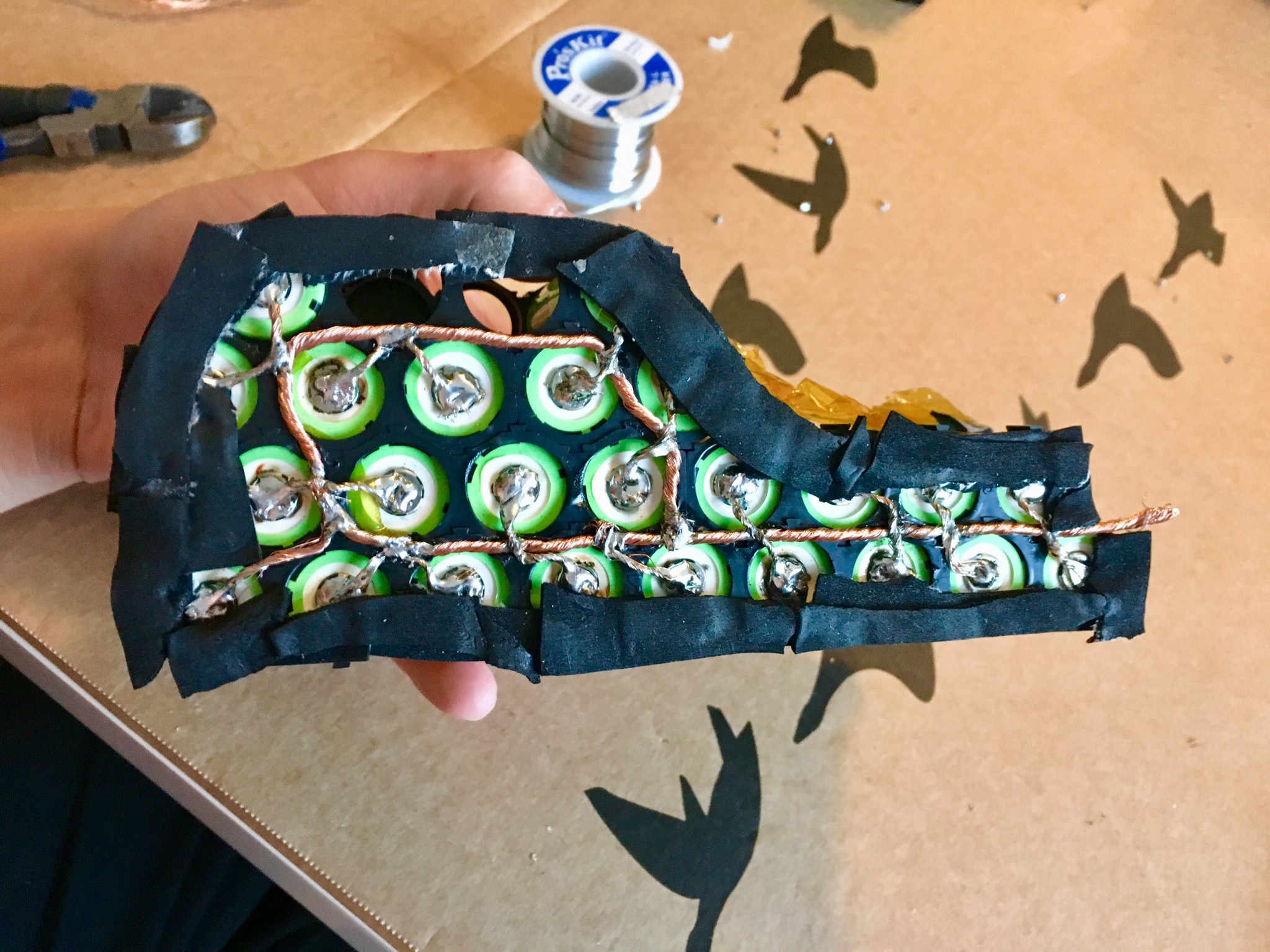 5 pieces fits inside one 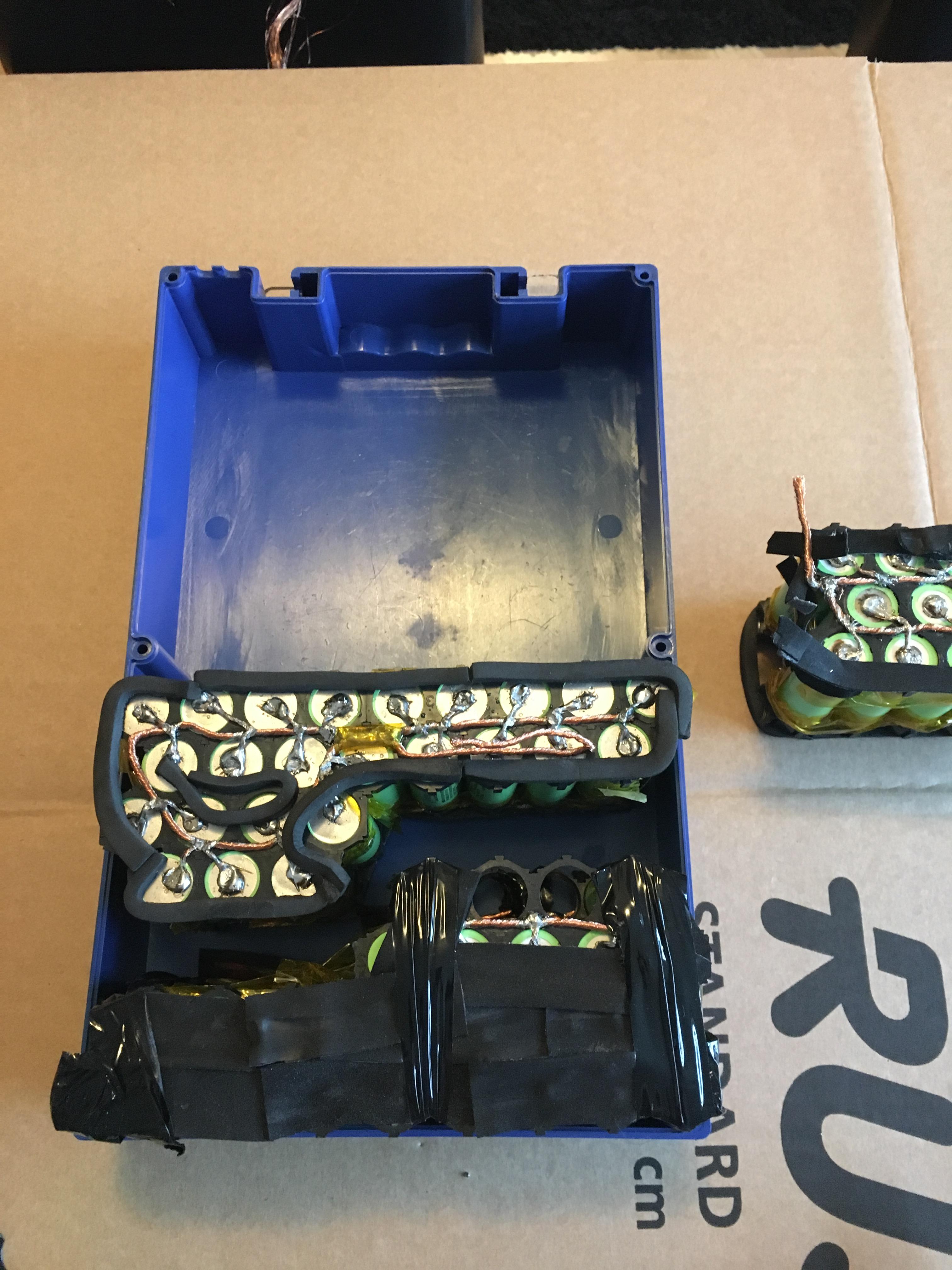 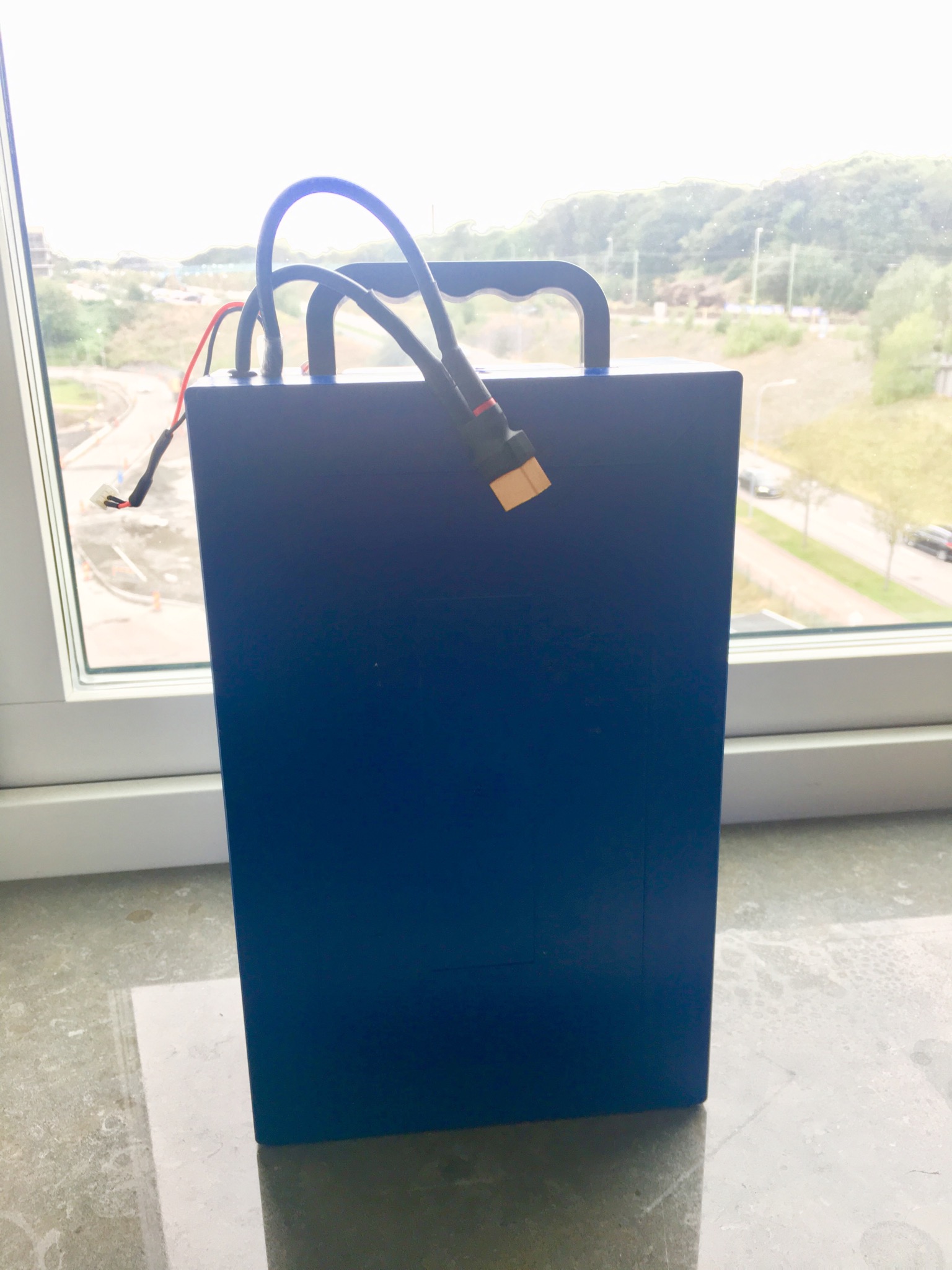 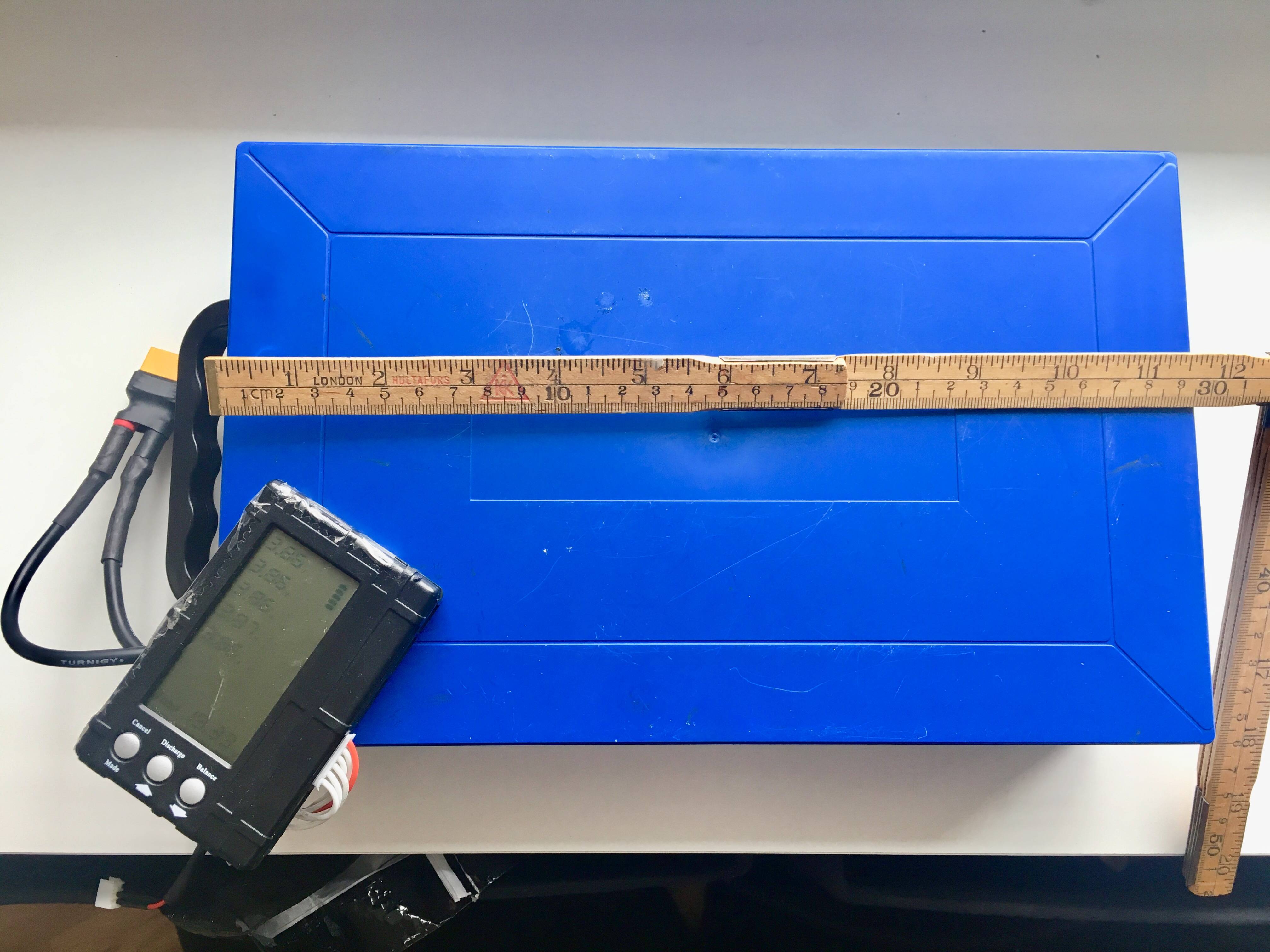 Next mission, what to do. Test pack for voltage drop at set load and monitor temperature
Salestech in an ebike store
Top

what cell holders did you use?
Lithium beats liquid dinosaurs.
Top

Something like cylindrical or 6squared plastic cell holders. The ones I used was 1x4p so I added them together and broke some to make smaller pieces were needed

These are very alike but not the ones I have
https://vruzend.com/product/hexagonal-1 ... rs-3-cell/

Another pack mocked up for photos: 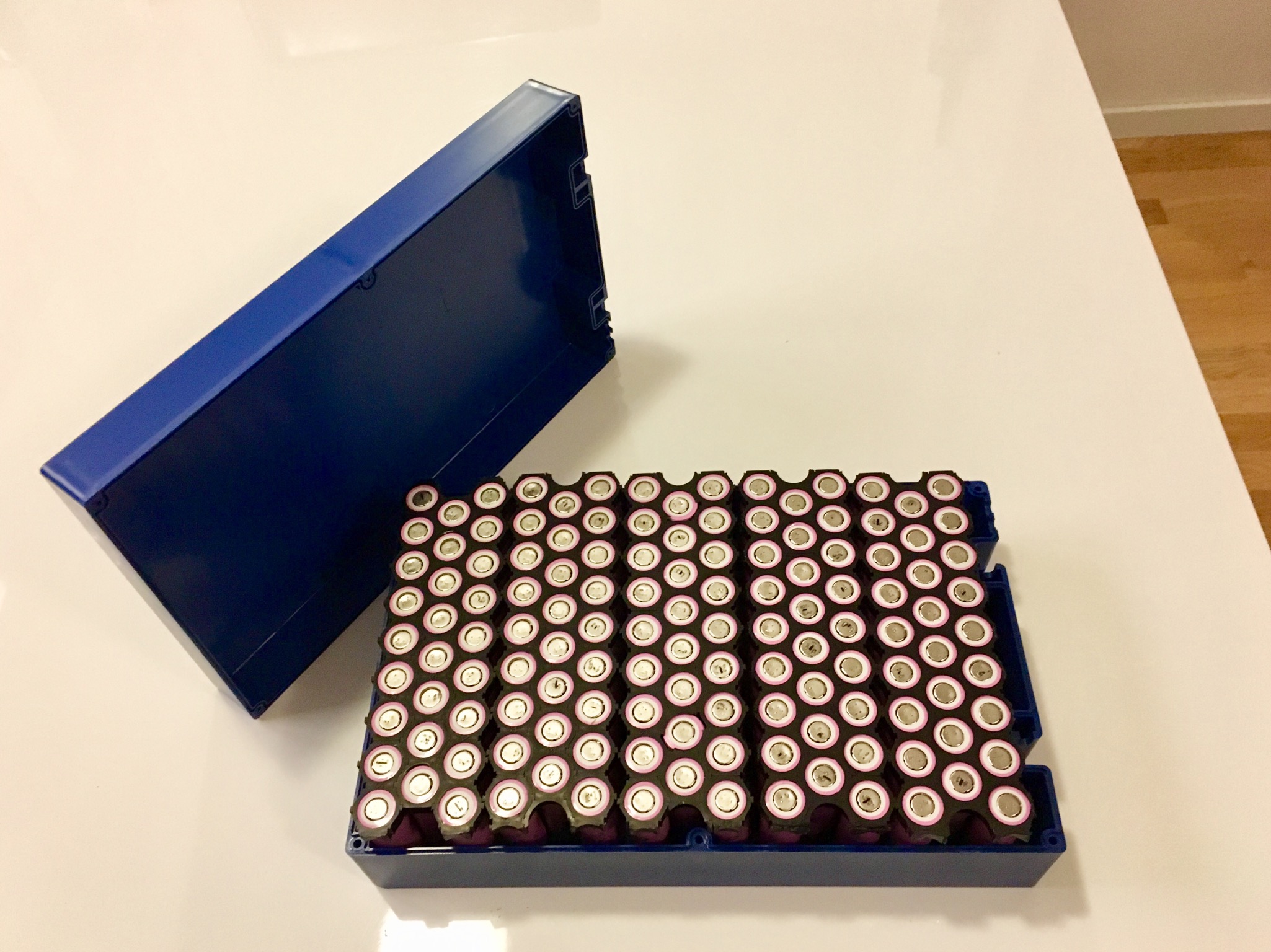 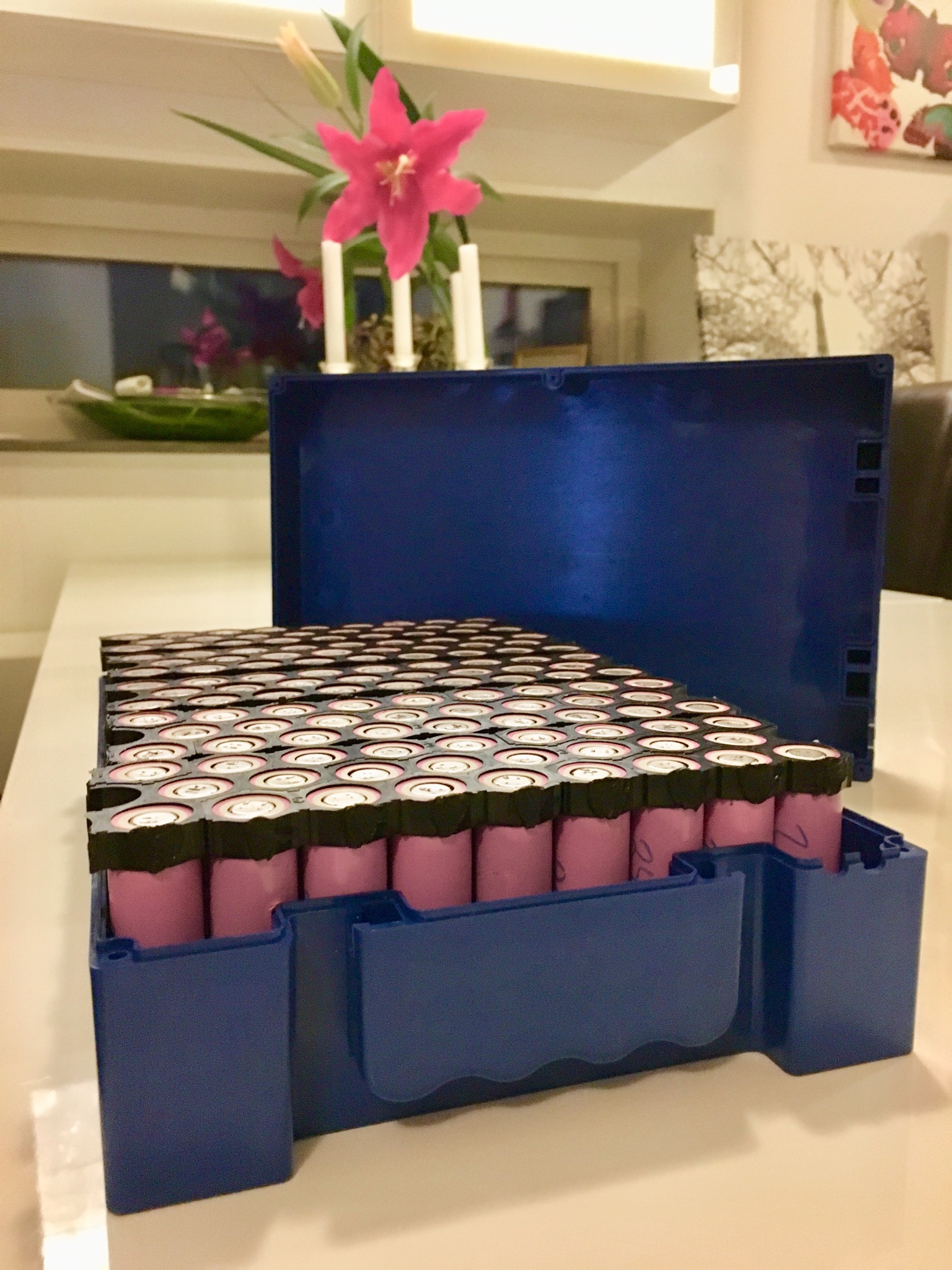 i have orderd a set and see if they can take self-destructing cells without catching fire or melt too bad that it can lead to a catastrofic ending for a battery. that is going to be a fun -but smelly- afternoon.
Lithium beats liquid dinosaurs.
Top

I searched for a box that fits the space I want to use and put my battery into. I can put 4 of them into my space so I started with ordering 2 boxes to try.

Also to find out how big your box or pack should be try to decide its Voltage and AH or how any cells you need.

each cell is 1,8cm wide and 6,5cm in height and a little wider with a plastic cell holder depending if you use one or not . If a box is 20cm in width and 20cm length and 8,5cm in height then 20/1,8=11,11 cells can fit on one side and the other is the same so another 11 (because we can't split cells) Maximum potential is 11x11 cells in that box so 121 cells. If you pack them as tight they can be maybe a few more cells may find its way into the pack.

First I was thinking of making a box from building material. Plastic squared tubes but easiest way of doing it is to get a box that is in perfect size already and go from there even though it may cost you some.
Salestech in an ebike store
Top

Oh I see. These are battery box. But not size I need unfortunately.
Help me find my stolen electric brompton: http://bit.ly/1a0vbBC and Bosch Sinus B3 http://bit.ly/1eV0WQz
Top

Pack module temperatures. No difference at first test for 5 minutes and 2km. A slight difference in temperature outside the module box of 3 Celsius degrees higher than surrounding temperature after second run made 10 minutes later. 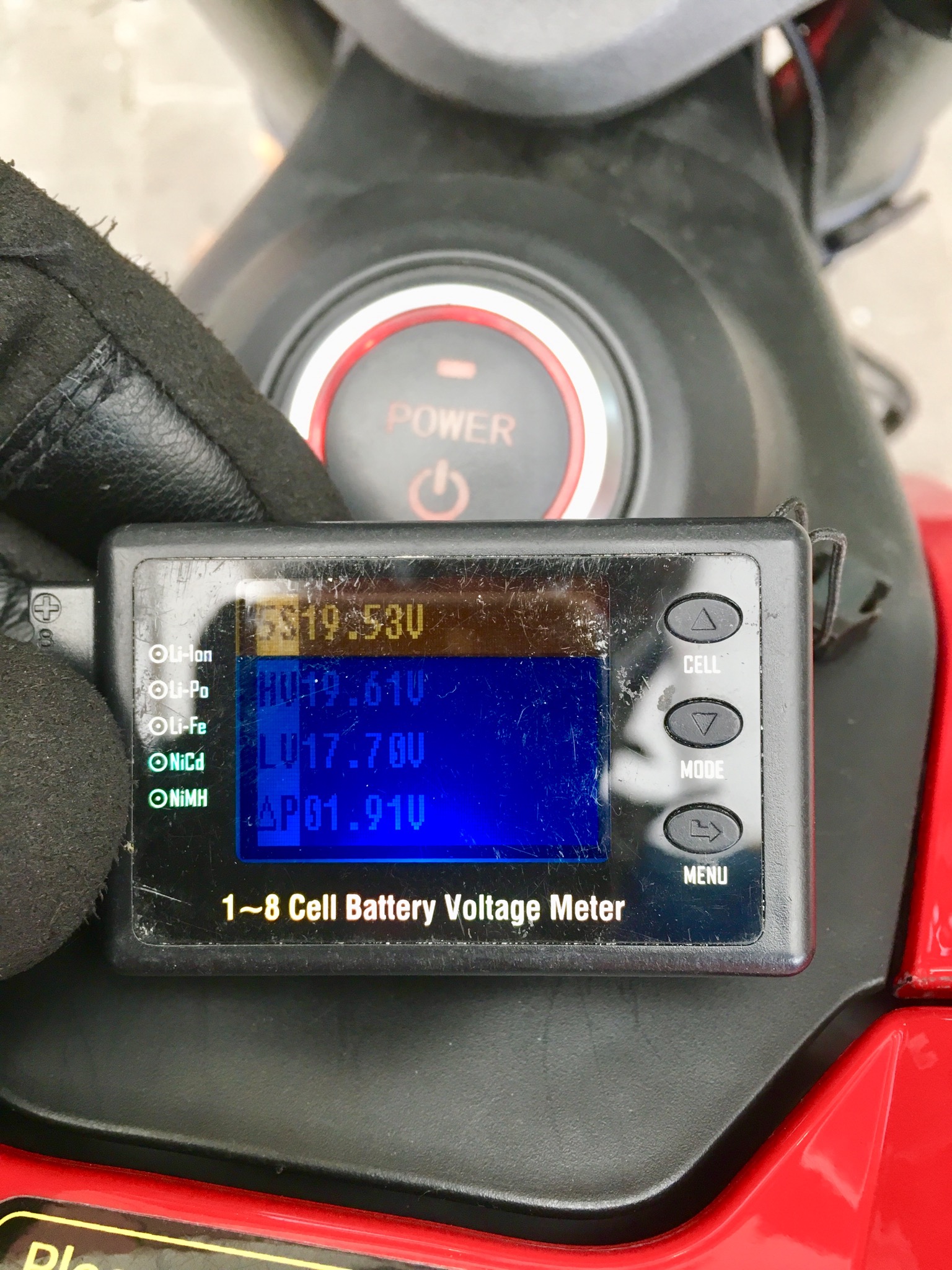 Next test will be on Saturday 21st of September and 8km in distance times two.
Last edited by leffex on Sep 20 2019 12:46am, edited 1 time in total.
Salestech in an ebike store
Top

What happends when I double or tripple the bus bars? Better performance...

From each cell group there are at least 4 copper wires going to the next cell group apart from the copper connecting all cells of course as seen in the pictures. The copper awg I would estimate to be at least 12awg

Hey double and see. Or 8 please. This should give good info.
Top

Let's crunch a few round numbers. This isn't intended to be exact. 24P is 24 * 3 Ah for a 72 Ah cell. 150A discharge is slightly greater than 2C discharge rate. Let's look at the battery specs:

Now I've never seen a chart using "lt", presumably load test. I'm going to assume lt = C, which is capacity since it fits the graph for a max 10A or slightly greater than 3C discharge. So the cell specs call for a .22V voltage drop between .2C and 2C rate. For 5S, that's 1.1V.

Plus it's really greater than 2C due to rounding. The factory data for a single cell is probably impossible to achieve in a 100 cell configuration. I'd say there is little room for improvement. I'd be pretty satisfied.
Top

Plus it's really greater than 2C due to rounding. The factory data for a single cell is probably impossible to achieve in a 100 cell configuration. I'd say there is little room for improvement. I'd be pretty satisfied.

That was interesting facts to know!

Pack module 1 was not hot or anything after "feeling it". On this test drive however I did put the voltage meter on ONE of my 500 cycles RC-lipo multistar 12c rated 4s1p10AH connected in 2p as 20AH. Delta measured from it was 2,16v. They can't be compared directly because of 5 series vs 4 series but in this case the PF is the better of the two for reasons of course.

Making another pack. This one has 25p because the cells should measure up to 66ah and so one more is needed in each group beacuse of lower cell capacity.
Difference with this module is that I'm trying more copper in the series connections. 8 instead of 4-5 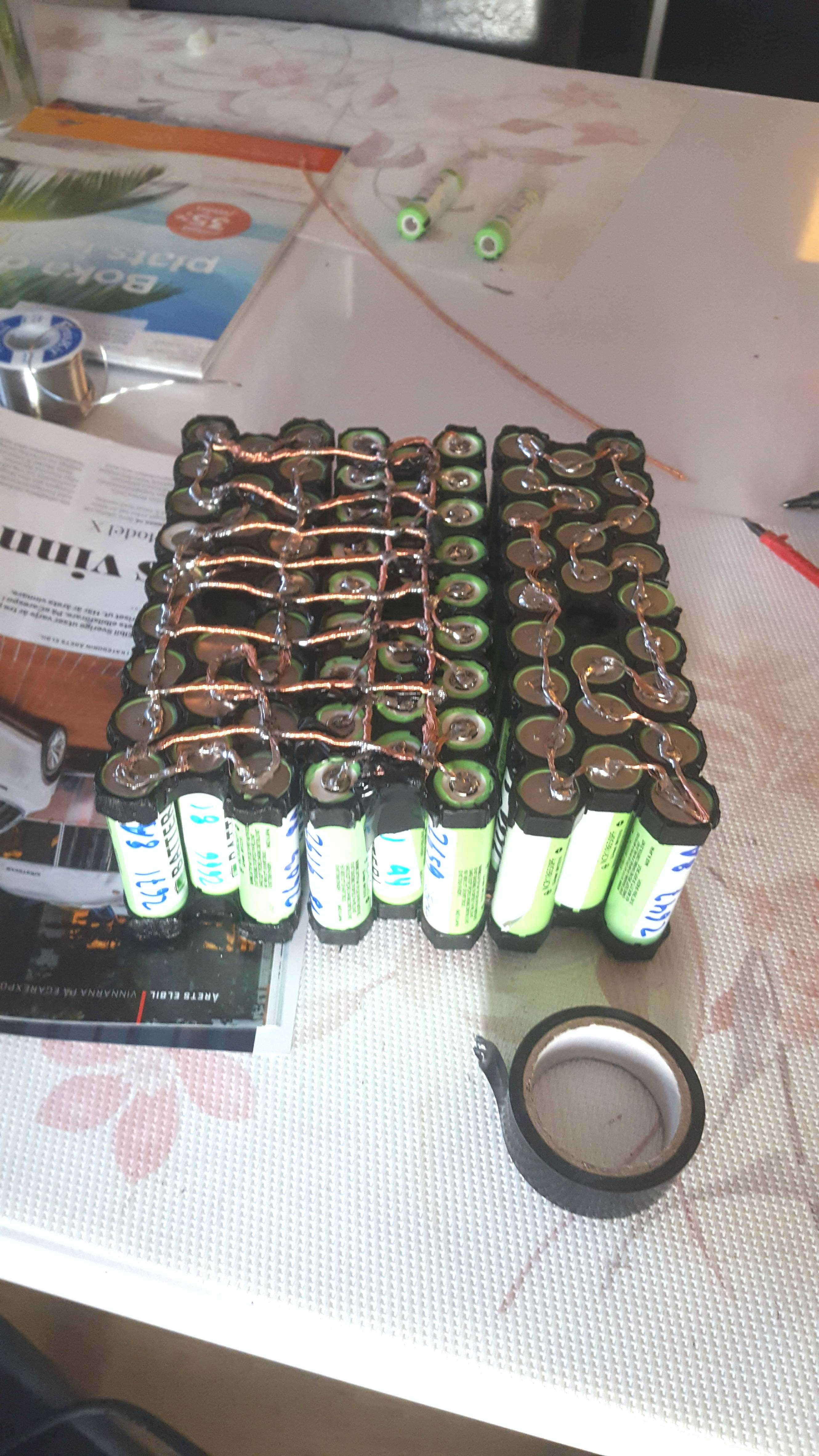 At last a new year and time to use those batteries.

I have in total build three of these batteries and here they are in all their glory. 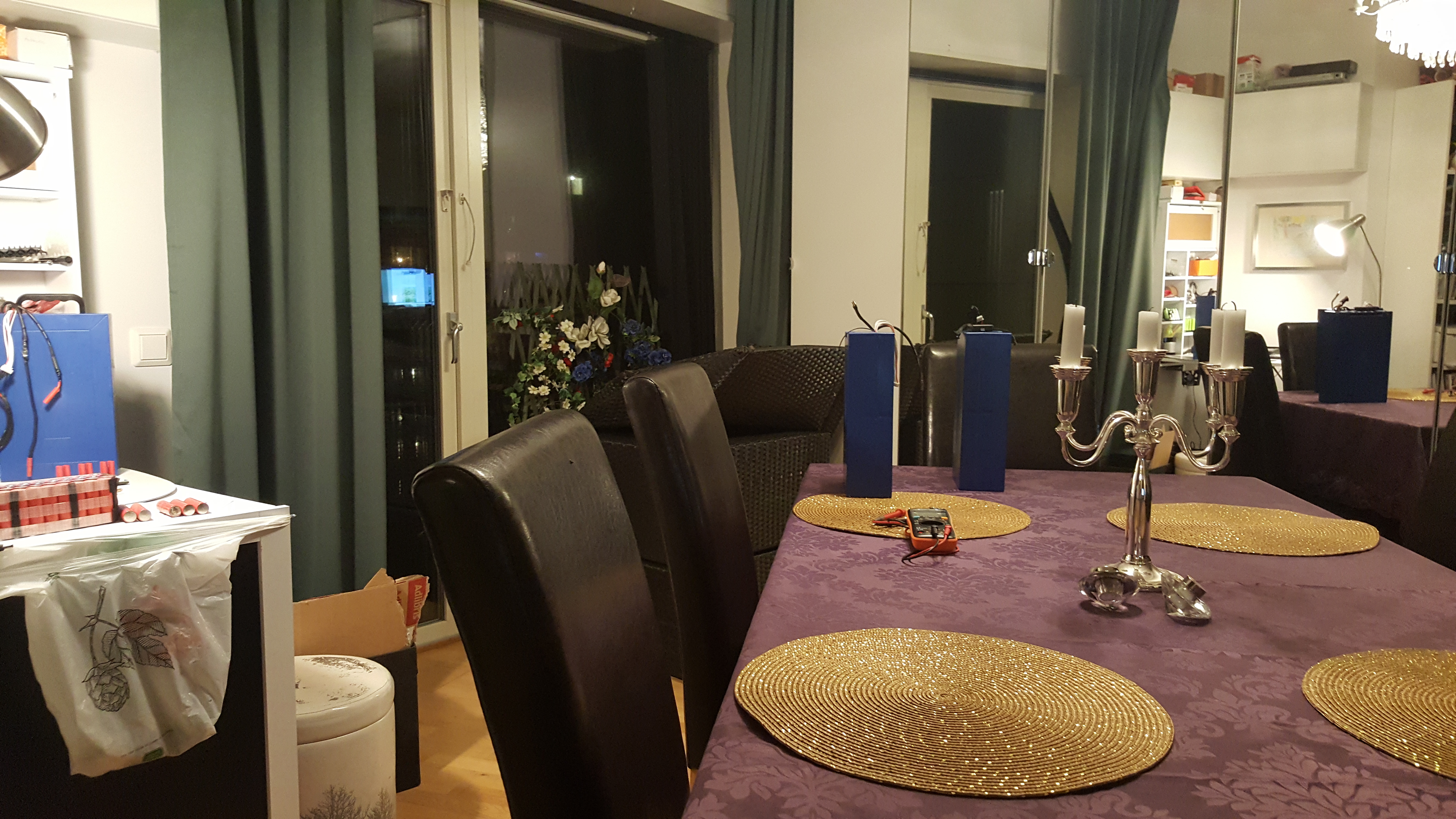 The first was a 24p which was then changed to 25p for the two last packs. There's a 2s Sanyo Ga 20p ready to start its life soon in the left corner as it get connected. Other than that it will be interesting to se how this will work. First version module has 5x 12awg twined copper wire between each series connection and the newer batteries have 8x.
Salestech in an ebike store
Top
Post Reply
17 posts • Page 1 of 1