I got a Cellman pack a little while ago and I don't have a bike to discharge it on yet. This was bought "new", set at full charge for one year, but I got a good deal with a charger. Don't know what the capacity losses are for 1 year at roughly full SOC, room temp... only 2% at 50% charge. Maybe 5%? More? If anyone know's I'd appreciate the info.

The 24s pack will be paired with a Cromotor, 60t chainring/16t freewheel, Thun BB, and Sabvoton controller on a KMX trike full of panniers. I can use the throttle if I want to go faster than 30mph, but I think the torque-sensing setup is the way to go-- beats using a Schlumpf HSD that's inefficient at "60 teeth" and doesn't integrate with the motor or tell you what calories you're burning, and costs three times as much.

I needed a way to discharge the pack but I don't have any power resistors. Then I had a lightbulb moment, pun intended, and I realized the answer was right in front of me. Currently discharging ~108 watts into the 150 watt bulb, should reach 50% SOC in about 7 hours.

It cost me 6 inches of electrical tape and two zipties.

Yes, I used welding gloves to connect the tail for the first time because I know a short could produce a hell of spark with these cells... even with a fuse...

A search of the forum didn't yield anyone else doing this, but I'm sure someone has thought of it too. Either way, anyone out there who needs a cheap way to discharge a pack for storage... use a lamp! =)
Top

i use electric heaters for the load. i have 6 heaters i can plug into my duplex outlet x three outlet plugs to make up the load. i use the oil filled radiators for heaters.

I made a discharging unit following the instructions over on rcgroups. I used 24V spot light bulbs from ebay and a cell log with datalogging to discharge lipo packs quicker.
Last edited by migueralliart on Sep 24 2013 7:40pm, edited 1 time in total.
Builds; KMX etrike HS3540 , HARDTAIL COMMUTER

I don't have a cellog or CA to measure discharge, but... one 150w bulb at 79.2v... is that conclusive enough to question the health of this battery?

EDIT: Haha. I'm an idiot. My wife turned the lamp off. LOL.
Top

I've used a 200W halogen bulb countless times, why spend $$$ on power resistors when you can get the same result for far less and probably safer since the bulb has a built in fuse. Just get one of those porcelain bulb fixtures, screw it down to a piece of scrap, and you're good to go.
--David

The plural of "anecdote" is not "data"
Top

Auraslip also built an LBD; it's documented somewhere here on ES, possibly even the wiki.
If you found this advice helpful, supporting contributions are accepted here. 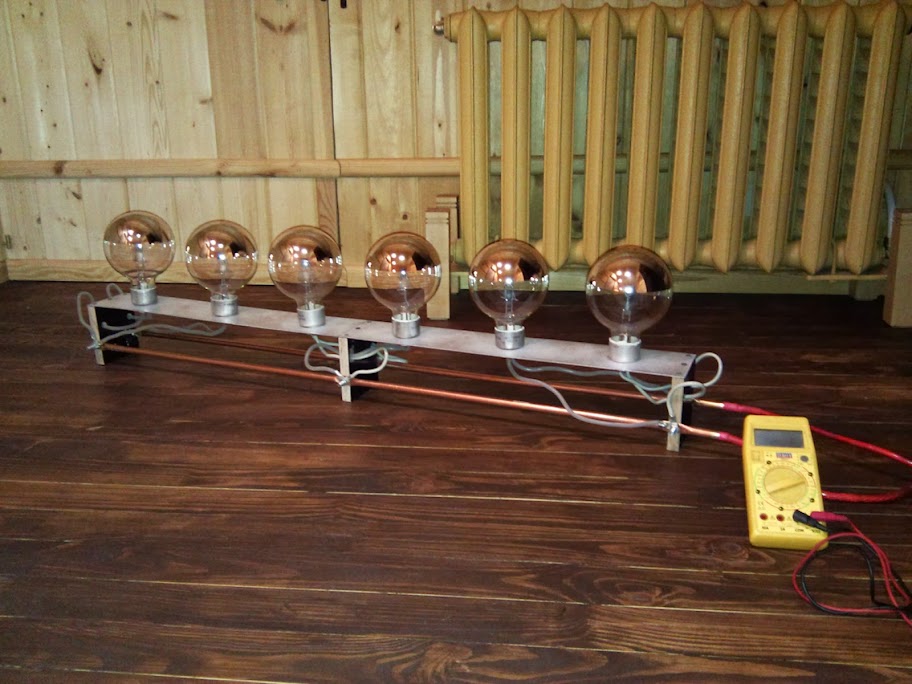 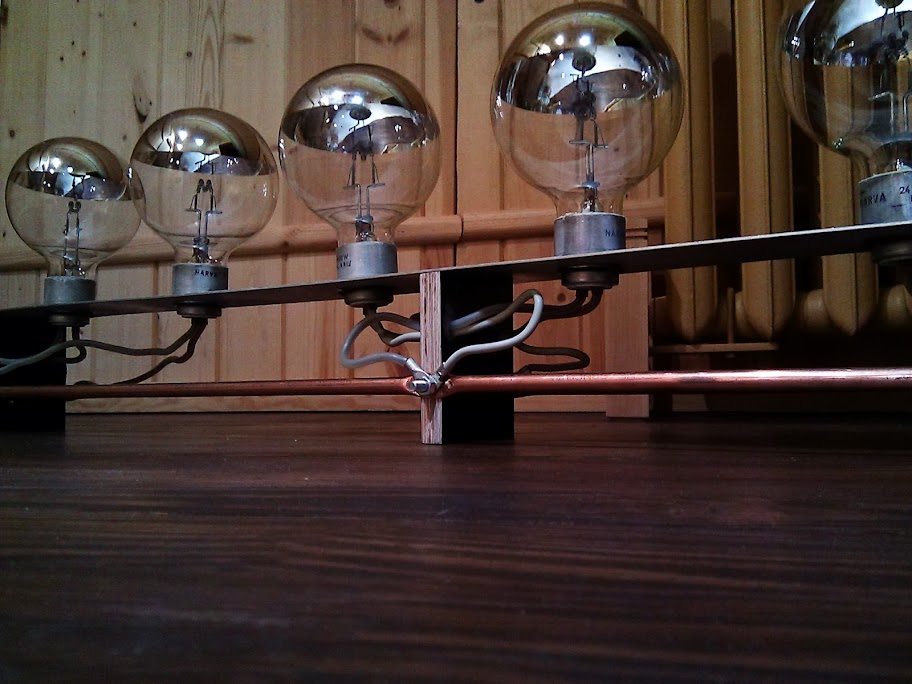 Light bulbs are great , in the right combination (wattage/voltage) one can build a fair constant current discharge source, as the light bulb dims it's current load stays somewhat the same (resistance goes up).

"Selected voltage turn off", (12v voltage regulator, 36v or below in, or voltage divider for above volts + reg) one could use a comparator, but I used a inverter (Schmidt trigger cmos), voltage divider pot (hysteresis around 6v in, cmos) and a power mosfet to unlatch a relay for load turn off, in the same circuit one of those cheap clocks, with voltage divider (to 1.5v) (clockkit) that stops with relay turn off. shows the hours/minutes to turn off (re-set, finger rotate the hands back to 12:00).

For led's I use small Christmas bulbs in series parallel as current limiters, using a non regulated power supply in the 100ma, or above range.
Top

I like your setup agnasium, kind of steampunk-ish
--David

The plural of "anecdote" is not "data"
Top

i especially liked it because those huge bulbs were made in east germany. for someone stuck over here who never sees stuff from east germany it is like the rare pearl. fat pearls with frosting on top.
Top
Post Reply
11 posts • Page 1 of 1