Did anyone see this?

for $45.00, this is pretty good deal it seems. Anyone bought it and tried it? I like how you can finally get a screen on your phone to show you all voltages. I need to buy a new BMS. Want to hear if anyone had any experience with BMSbattery? Some people are reviewing that they ordered a few and some of them, or half of them died after a while.

Sorry, I am not affliated with BMSbattery.com and not trying to promote them. I have heard crazy horror stories before with buying their batteries. But I think buying BMS is less of a risk since it's a smaller loss. 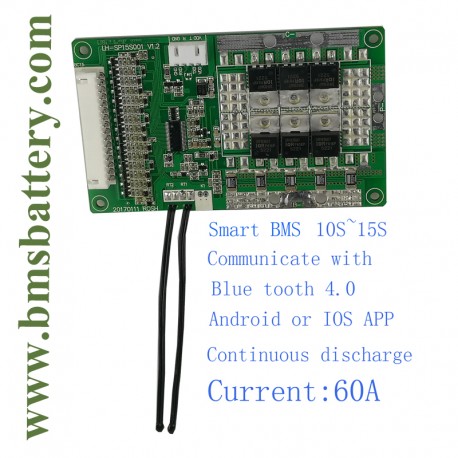 Android app has a little issue, if phone is in any language other than english, it show everything in chinese.
Does anyone know if compatibile app exist ? I have purchased a similar bms on AliExpress with the same app.

nukezero wrote: I have heard crazy horror stories before with buying their batteries. But I think buying BMS is less of a risk since it's a smaller loss.

Unless the BMS is defective or badly designed, and damages the pack it's attached to.

Seems very cool. If only they were reliable.... they take 0 resposibility for their mistakes and have a horrible customer service.
I bought many times from them. Mostly satisfactory but had unacceptable problems too. Kind of a lottery shop.
Top

The Las Vegas casino of eBikes sellers.
Thanks Justin_le we're here thanks to you. All the best to the mods for their tireless work keeping it on an even keel.
Top

One of the best of the day i have heard!

I buy them directly from the manufacturer

This is an old model