Another thread, got this specific reco

Ant Smart BMS, aka RJXZS, Olive Leaf
300A and lower

Frustrating mystery from this weekend. Bottom line, 5/14ths of my pack is dead, and I don't know what it could be other than some BMS malfunction, although I haven't pinned it down. BMS is this one, 14s 30 A.

I hadn't used my ebike in a couple months, although I connected via Bluetooth once per week or so. I figured that connection meant that things were probably OK, but I should have tapped over to the Battery State screen...

This weekend I wanted to fire it up, but when I connected and unlocked the FETs, I got the "IC front end error". It was reporting a pack voltage of 1.5 V. Shit.

I disconnected the battery and took it down to the workshop and cut off the shrinkwrap. The voltage at the terminals was indeed 1.5 V, but when I measured from the input side of the BMS instead of the output, I got 36 V. Whew, so not a total loss. 2.6 V/group means there's a current drain somewhere I have to track down, but the battery is still usable. Just have to charge it up and see if that resets the "IC front end error", whatever that means.

Connected the charger, no current. The FETs were still closed. Tried opening them with JBD Tools, no luck. Meanwhile, the BMS was still reporting nonsense voltages on all the groups.

Measuring the pins on the balance connector, it turned out that the pack wasn't at 2.6 V/group. Instead, the top 9 groups were at 4 V each (where I had left them when I charged last), and the lower 5 were at zero.

I did a quick visual to see if there were any shorts between the groups, but I couldn't see anything. And since I had closed the FETs while it was being stored, there shouldn't have been any external load, and if there were it should have drained the groups uniformly. The only thing connected to individual groups was the balance wires.

Not sure where to go from here in terms of diagnosis, but I have 10 GA cells with 3 cycles on them that are now useless. This is frustrating on its own terms, but I'm also concerned since I have a similar BMS on my scooter, which is a much larger pack. I have been regularly checking the cell voltages on this pack, and so far so good, but it makes me less confident about leaving the BMS attached to any pack of significant value.

Now, having vented my frustration, in 1k+ posts on this thread I think there's only been one other catastrophic failure (due to an endless balancing loop, IIRC), so I'm not recommending that anyone throw these in the bin. Just providing some anecdata and hoping it sparks some thoughts that could help me figure out what went wrong and help others to avoid a similar circumstance.
Top

Probably the balance wire of group 10 broke. Did you measure the voltages directly at the cell groups, instead of at the balance wires?
My Ebike builds - Existing bikes, affordable motor kits, self built 14s6p batteries - Now with more recumbent!
Top

thundercamel wrote: ↑
Sep 23 2019 4:14pm
Probably the balance wire of group 10 broke. Did you measure the voltages directly at the cell groups, instead of at the balance wires?

Yep, I scratched through the Kapton and measured across 1-5 on the electrodes. Dead, dead, dead. Balance wires (and their solder connection to the electrodes) look intact. Thanks for the suggestion, though.
Top

the FET on a balance port fried itself. it happens on crappy bms.
Lithium beats liquid dinosaurs.
Top

But could this result in the failure cascading through 5 groups?
Top

Bummer! I two have the same BMS in the 60A model, and no problems so far. I do check in on the cell group voltages every couple weeks, which was my main purpose in buying a smart BMS. I've read that you can try to bring the cells back to life with very low current manual charging. You'd probably need a variable voltage power supply to do so.
My Ebike builds - Existing bikes, affordable motor kits, self built 14s6p batteries - Now with more recumbent!
Top

Doing so with LI (other than LFP or LTO) is pretty darn fire-risky.
Top

yes, this is due to the circuit design that is used in most bms. it means that the number 7 FET is blown up.
Lithium beats liquid dinosaurs.
Top

Do you mean number 5? It's groups 1-5 that failed. Regardless, what's the mechanism that causes this cascade?

I think the management IC is the TI BQ76940, which is for up to 15s. These 15 are split into 3 blocks of 5, so it's plausible that a whole block failed somehow. Now to figure out the how.
Top

Hi, people, how are you doing?

I'm trying to repair my bluetooth BMS but I don't know which component is that marked with this blue arrow. I know it's a diode but I don't know if it is a rectifier, schottky or a zener. It fried after the 10R resistor (white arrow) has blown.

Does anybody can help me? 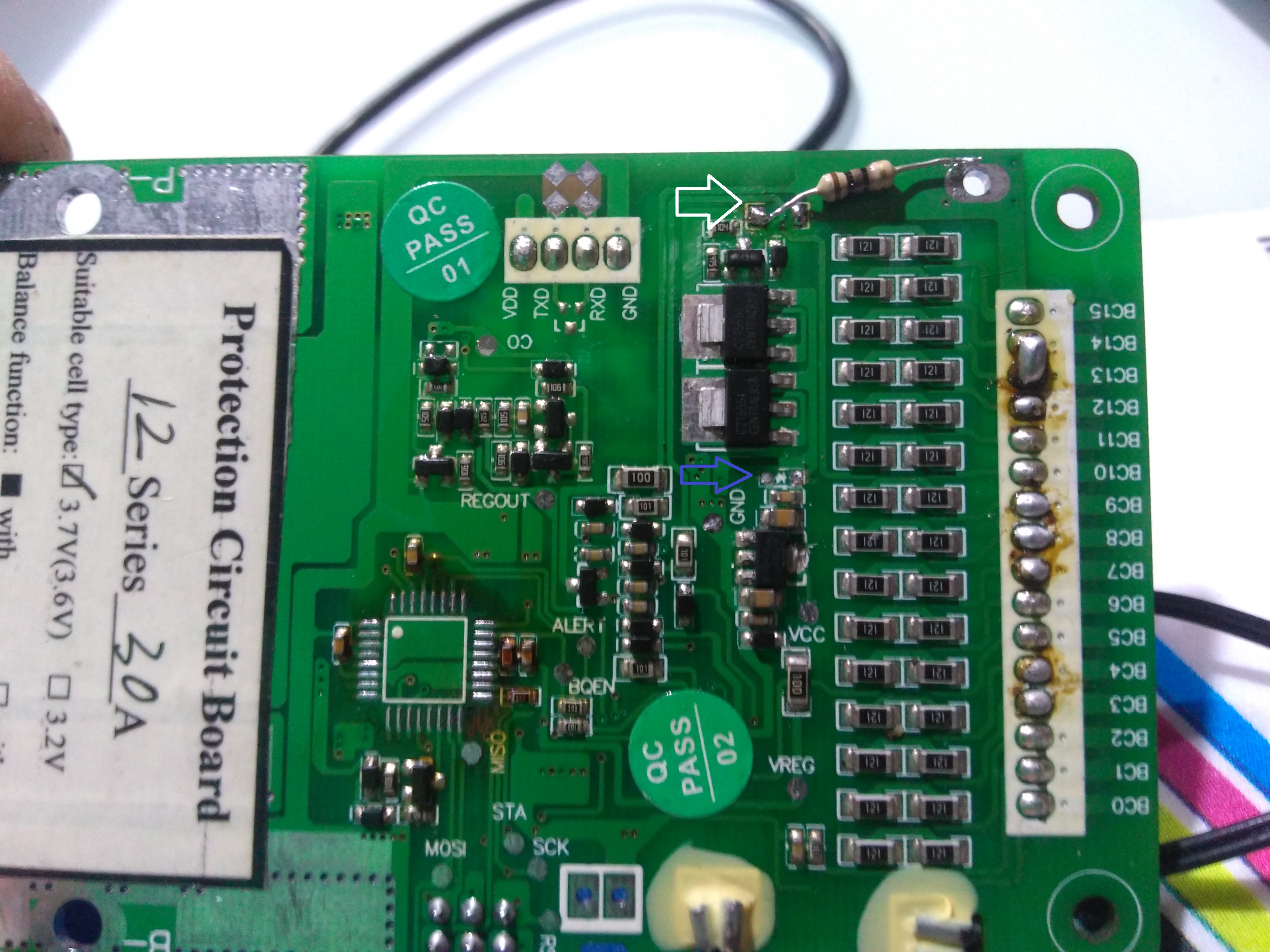 Hi i have the same problem with the pc sw. cant connect i have the ant bms got it from aliexpress
https://www.aliexpress.com/item/3299755 ... 4c4djjhFBj
have you figured out how to connect. thank you for any info you can give me.
Top

So... are you writing your own software?
Top

So... are you writing your own software?

Unfortunately no, my dear.

A month ago I have tried to update the firmware and the connection has been lost during the procedure. Mr BotoXbz has shared the stock firmware with me and I flashed it in the new µC. However, I can't go ahead because I need to replace this diode to avoid more problems.

Do you have a BMS like that? If so, could you check if there is anything marked over the component?

Hi, great discussion, so glad I found this forum.

I had calibrated each cell and temp probes and all looked good and consistent with my multi meter.
Next I tried the current calibration.
I have to say that the current readout of the Pack Info tab was pretty close without any calibration.
The default settings, what ever they were, were good enough.
However, I proceeded to calibrate the current.
The battery was in a resting state in my system (Victron ESS), so I pressed the Idle button which I believed would set the quiescent current level.
Unfortunately, now I get no current readout in Pack Info tab - 0.0, when the battery is being discharged/charged.

This did not have any effect, still showing 0.0 current being drawn in Pack Info tab.

So I am obviously doing this calibration wrong, but can't get back to the original setting before I made changes.

Has anyone successfully done the current calibration or if possible to set the BMS back to Factory original settings.

if it ain't broke, don't fix it
Top

A tinker too far maybe, but the calibration function is there in the software.

Any experience in this area would be most welcome.
As a last resort is it possible to reset the BMS to factory original settings.

Thanks in advance for more practical advice.
Top

I made this mistake once,
IIRC I changed the shunt value to something like 2.5mOhm and then did a current calibration at 10A discharge and 5A charge and all was good again.
It wasn't any more accurate than it was previously btw.
Top

if it aint broke: mess with it until it is.

if it aint broke: mess with it until it is.

HaHa I know... that's why I'm trying to find someone who can help me to figure out which component is that I mentioned.
Top

you need to disconnect ALL users before callibarating the shunt. ANY current flow will mess up the reading.
Lithium beats liquid dinosaurs.
Top

flippy wrote: ↑
Oct 11 2019 4:35am
you need to disconnect ALL users before callibarating the shunt. ANY current flow will mess up the reading.

Would this be for the Idle button, you are talking about. Don’t quite understand what you mean. Can you elaborate with reference to the jdbtool software as to how the calibration is meant to be performed.

the download link is several pages back posted by me
Lithium beats liquid dinosaurs.
Top

i bought a ANT-BMS 16S wich seems to behaive differently from the one i read all over the pages.

My BMS has no UART header i opened it this morning and i found a Panasonic AN49503A Chip.

Does anybody know this Board ?

The Reason why i ask is beause i tried different bluetooth implementation to get the data out of the bms into linux and no one has worked for me. 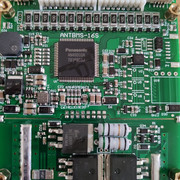 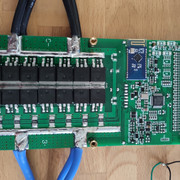