I wouldn't drive a 5000lbs EV with a pack like this, but i think it's cool that they were able to make the pack so safe that it wouldn't even emit much smoke.

Would be cool if the same thinking applied to other chemistries to at least help limit the chemical reaction's speed. 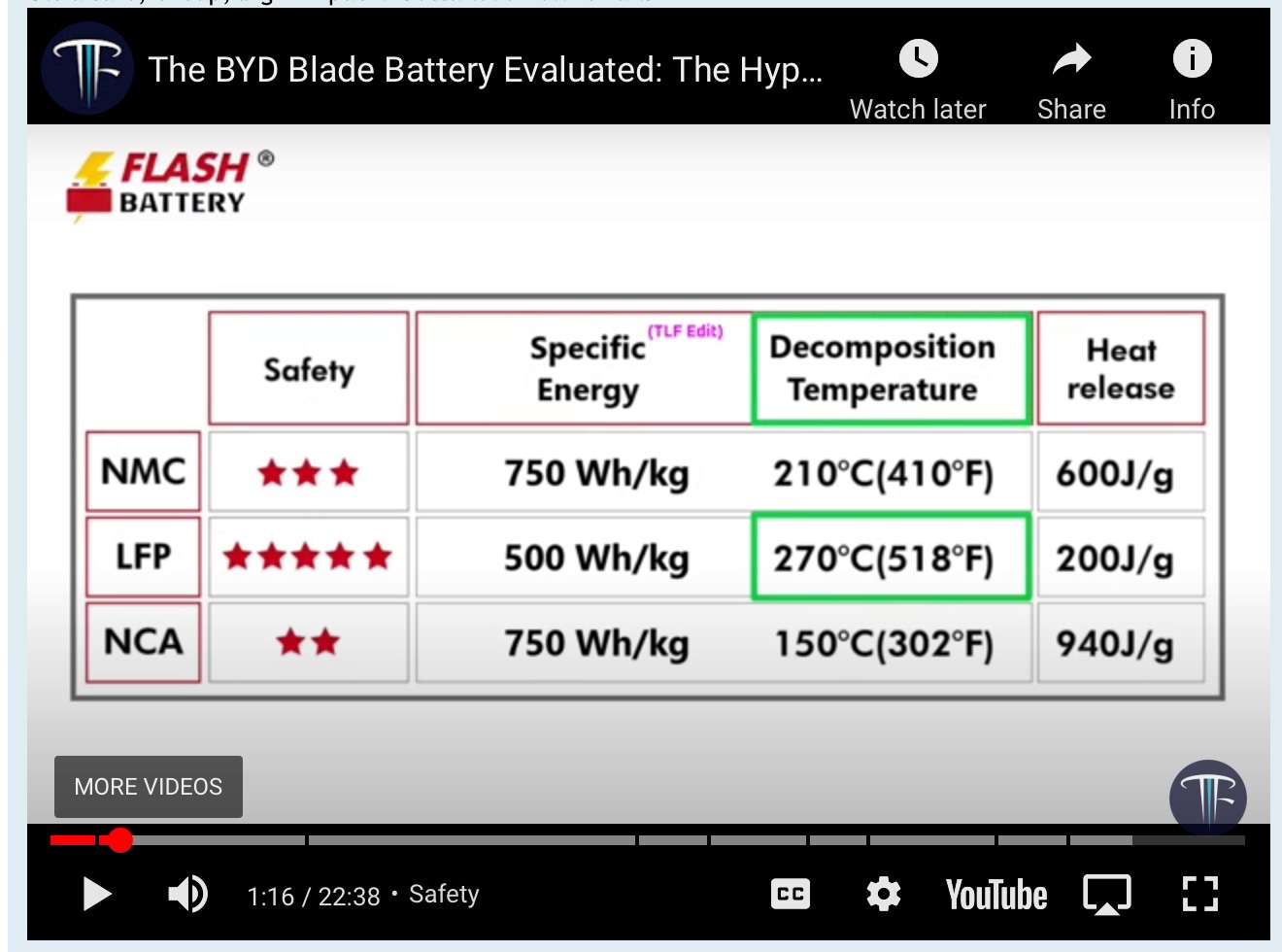 by neptronix
I also scratched my head on that one. It may be relative to one component of the battery, and the presenter got something mixed up? idk.

Basically these batteries come out to around 160whrs/kg with packaging, which is actually impressive by lifepo4 standards, but not by >2011's NMC standards

by Hillhater
Maybe they should have said Wh/ Ltr ?

by Pajda
Actually, you can already order a sample on Aliexpress. Thanks to the length of 960 mm, it will be a questionable for use elsewhere than in cars or stationary applications.

by Username1
Has anyone noticed there seems to be two different physical layouts? If you watch the video above (and I've noticed this elsewhere), there's actually two layouts shown. One where the cells simply span the width of the car, but also a second where there's two distinct groups of cells placed length-ways.

Perhaps the thickness of these cells were designed around the common 400v standard, made to fit all 108 cells in the optimal (width-ways) orientation. Given this same cell thickness, 800v couldn't fit the required 216 cells using this orientation. Starting at 17:28 in the video, you can see two separate groups of cells placed length-ways (supposedly resting on a center support). If you count one group of cells there's roughly 108 or 400v, meaning this arrangement is likely for 800v cars. This would mean 400v and 800v are both 1p arrangements which is pretty cool.

With 800v being so rare, I guess it doesn't make sense to create a second, much thinner version of the blade just to maintain the same optimal orientation. Not to mention changing the blade's thickness would greatly impact thermal characteristics, safety, material-to-case ratio, etc. Perhaps halving the 13.5mm thick cell just isn't structurally practical. I also remember reading that different lengths would be available to OEMs, but don't remember thicknesses being mentioned. Do you think this theory is correct?
All times are UTC-05:00
Page 1 of 1
Powered by phpBB® Forum Software © phpBB Limited
https://www.phpbb.com/