Volkswagen bus to be revived as an electric vehicle

The iconic "hippie wagon" may soon see a very apropos resurrection from the dead. Speaking at the New York Auto Show, Volkswagen board member Dr Heinz-Jakob Neusser announced that the German auto company was working on a brand new camper concept -- one that would run on batteries, rather than petrol, powering an electric motor driving the front wheels...

An idea that has percolated for awhile may finally become a reality. The ultimate greeneemobile. Will they rename it the Voltswagen? Roadtrip to Colorado anyone?

Boy this brings back memories... Back in the day I think just about everyone I knew drove a Volkswagen bus at one time or another. Lots of road trips and extra curricular activities. Not everyone survived with their legs intact though. One thin piece of sheet metal does not make for a very good front end crumple zone.
So you've sweat and toiled and tinkered
You know her every bolt and wire
But when it's just you and her and the wind and the silence
It feels like you are flying and you are being pushed along by the hand of the creator

Electric VW bus? Been there, done that!

But did you do it with electric KOOLAID???? 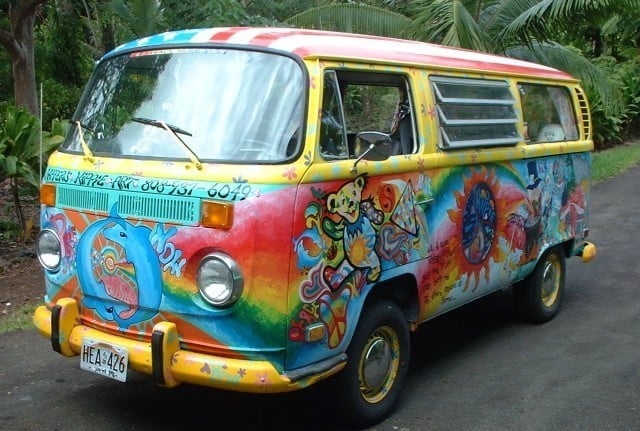 Volkswagen announced plans Friday to cut 30,000 jobs in a wide-ranging restructuring of its namesake brand as it tries to recover from a scandal over cars rigged to cheat on diesel emissions tests.

The German company said the job cuts are part of a long-term plan to improve profitability and shift resources and investment to electric-powered vehicles and digital services.

On scale, that's a tectonic shift in the industry. To deal with increasingly stringent emissions standards, a company has to cheat, get's caught, and looking down the maw of bankruptcy, attempts to transform itself bottom up. That's a lot of people suddenly left without a job. Forget the acid and tangerine dreams - its time for some fentanyl. 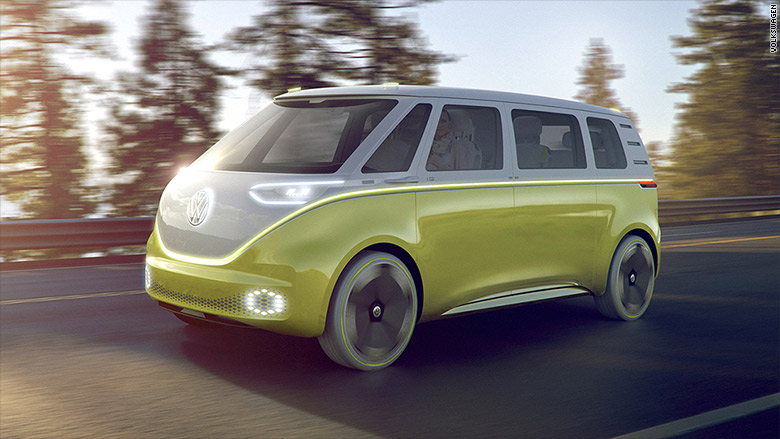 VW Will Apparently Build This Retro Electric Microbus
("Based on the I.D. BUZZ concept that debuted this year, Volkswagen is finally putting a retro Microbus into production."):
http://www.roadandtrack.com/new-cars/fu ... -microbus/

At the Detroit Auto Show in January, Volkswagen showed off the I.D. Buzz concept, an all-electric tribute to the iconic Microbus of the 1960s. This was the latest in a long line of concepts recalling the Type 2, but this could very well be one that the company will actually build. Speaking to Auto Express, VW brand chief Herbert Diess said the company has decided to put the I.D. Buzz into production.

I drive our deluxe EV 1966 bug around and its bloody scary the people that come up to you and tell stories of all the things they got up to in one.
Cheers Kiwi

50 years later ...
Upgraded from 40hp to 396hp, through all wheel drive
for 0 - 60 in 5 seconds
near 300 mile range
fully autonomous drive
and wireless charges 80% in 30 minutes
A little learning is a dangerous thing;
Drink deep, or taste not the Pierian spring:
There, shallow draughts intoxicate the brain,
And drinking largely, sobers us again.

It's a great looking concept car and I like how it still has the classic styling, but "it is still very much a concept." Concepts are a dime a dozen. Let's face it, the big auto makers love teasing us every couple years. For them it's just a matter of PR, they have no interest in actually making these vehicles. They've been doing the EV tease for at least 15 years, and the next time they cart out a hyper futuristic concept car with no intention of ever bringing it to market, they should be slapped down hard.

Just to clarify, yes the big auto makers are coming out with EVs now, but they have no interest in making an EV everyone actually wants. They are doing the minimum they can to get credit, while focusing on their gas cars.
__THE__
1.8.6.5.0.

If they, either by themselves or teamed up with Westfalia again, makes a camper with pop top and a kitchen unit, I'll tell you right now I will sign up for one as soon as they allow me.
Top

kiwiev wrote:I drive our deluxe EV 1966 bug around and its bloody scary the people that come up to you and tell stories of all the things they got up to in one.
Cheers Kiwi