Recently finished (or mostly finished at least) my e-bike build, so I figured I'd make a quick thread. The bike is a 17" Surly Instigator 2.0 with 26" x 3" tires. Component spec is decent - Fox fork up front, Shimano SLX hydraulic brakes, and a 11-42 10 spd cassette with a Saint derailleur and shifter. 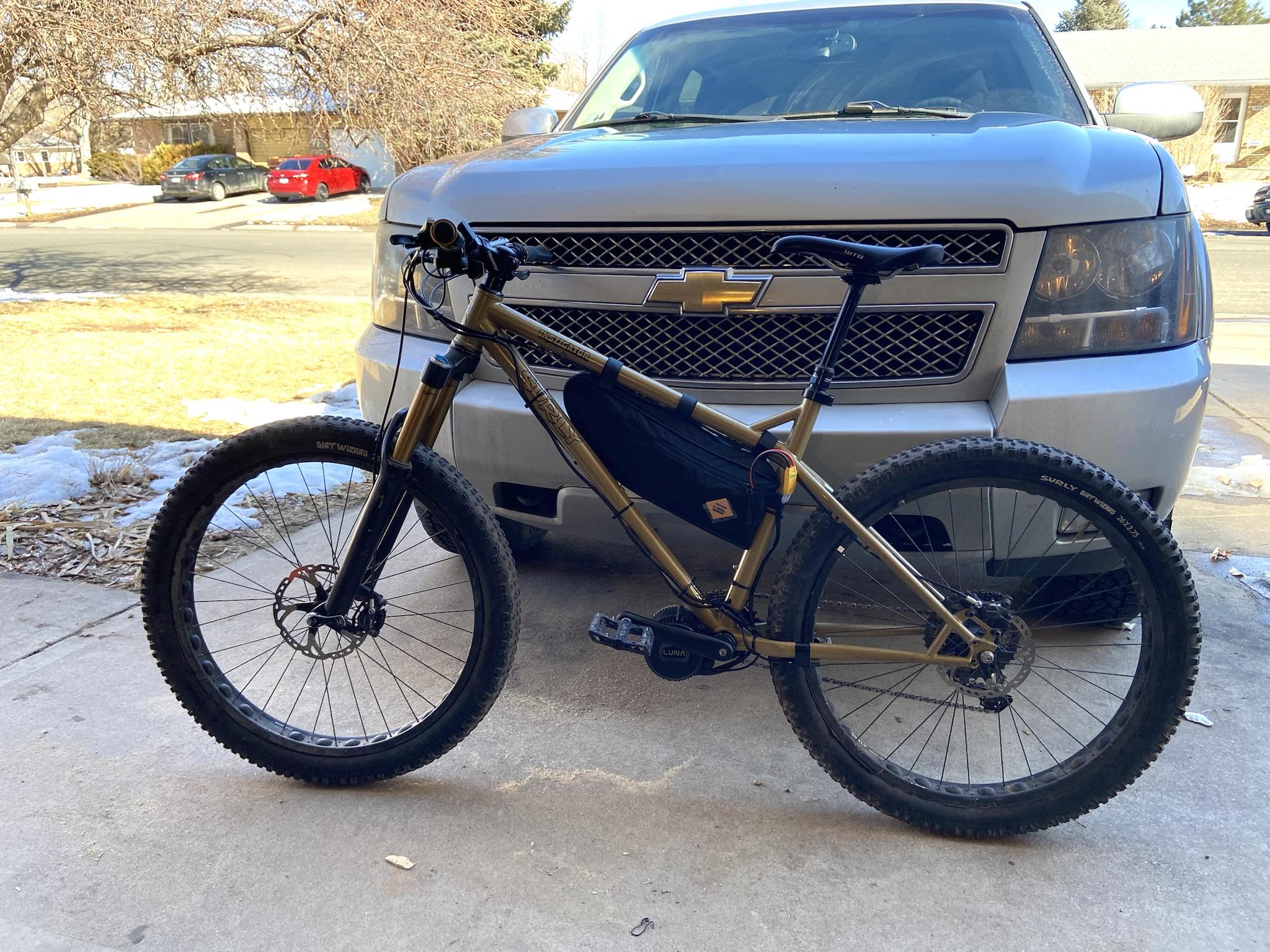 I went with the 500c display (primarily due to the compactness and all-in-one unit) and the left thumb throttle. When ordering I forgot about my dropper post control on the left side so the result is a bit crowded. Neither the dropper control or throttle are in a a great position but I can’t make one better without making the other worse. 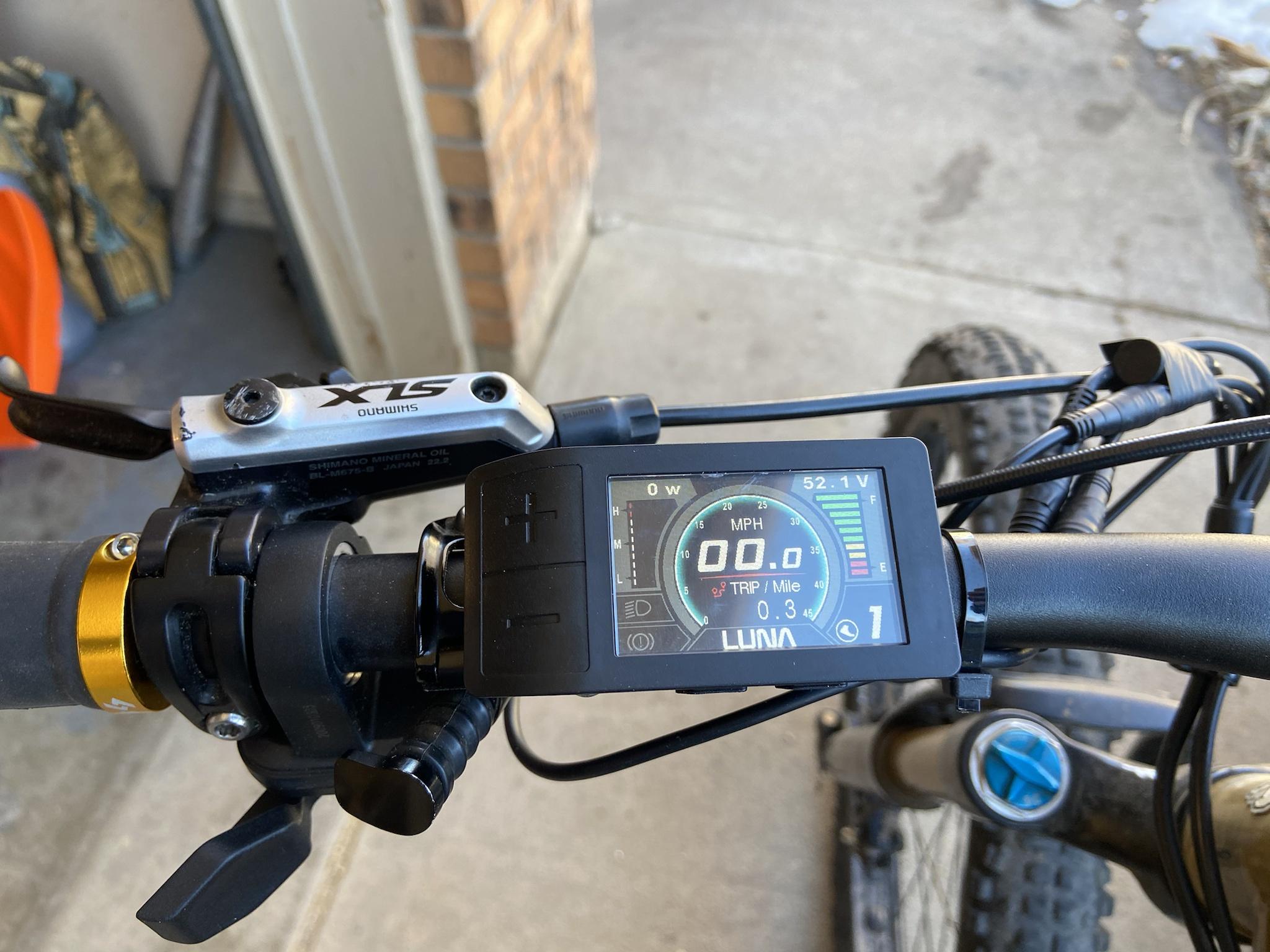 The install was fairly straightforward. The only modification I had to make to the frame was cutting off one of the ISCG chain guide tabs. I never used a chain guide anyway so this is no real loss. The steel on the bike is not hardened so a hack saw and file made quick work of it. Added a dab of touch up paint to prevent any rust. 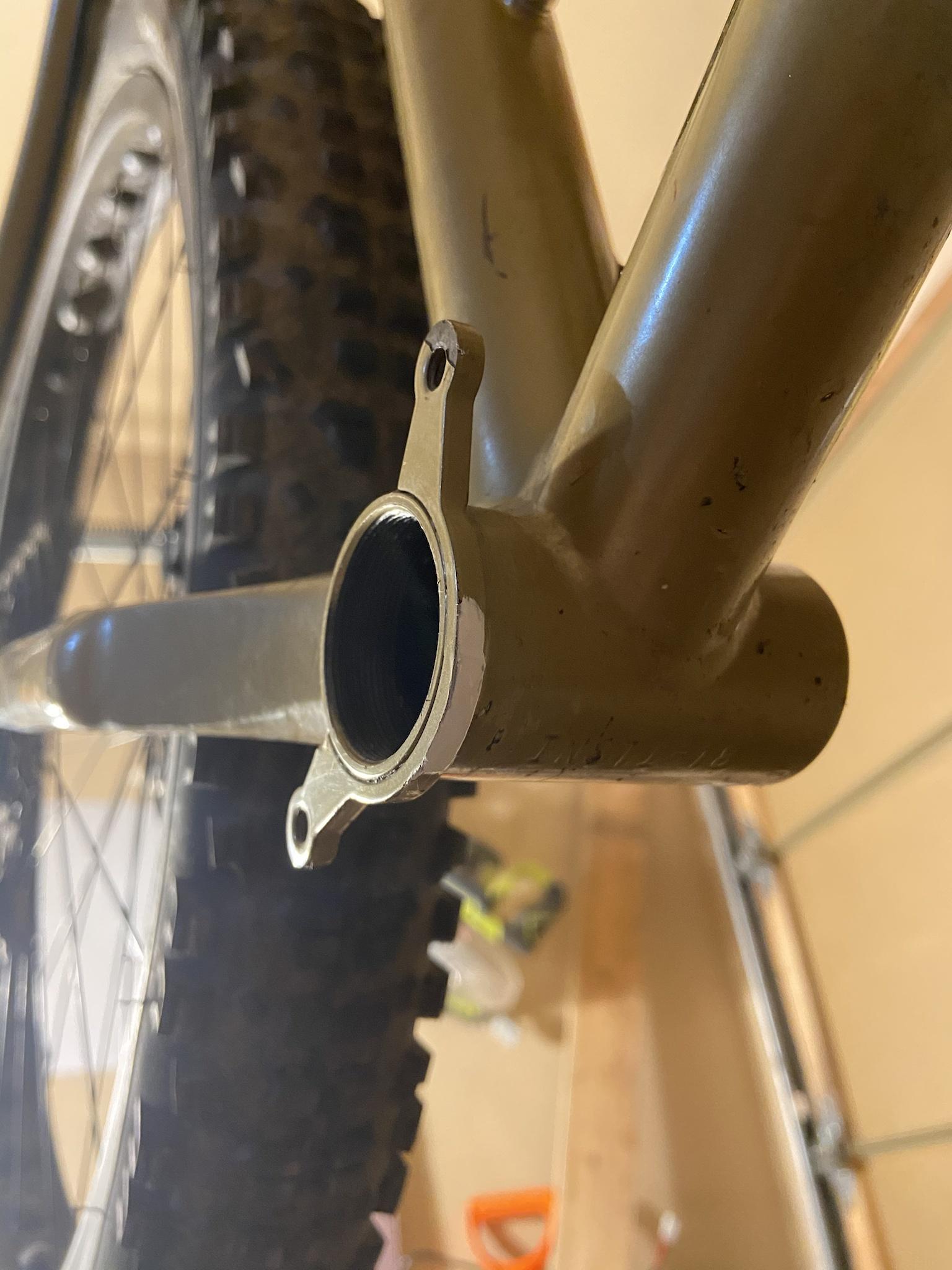 Based on my reading, I chose to clean out the factory grease and pack it with Lucas Red n Tacky. Much easier to do this with the motor out before mounting the chainring and crank. 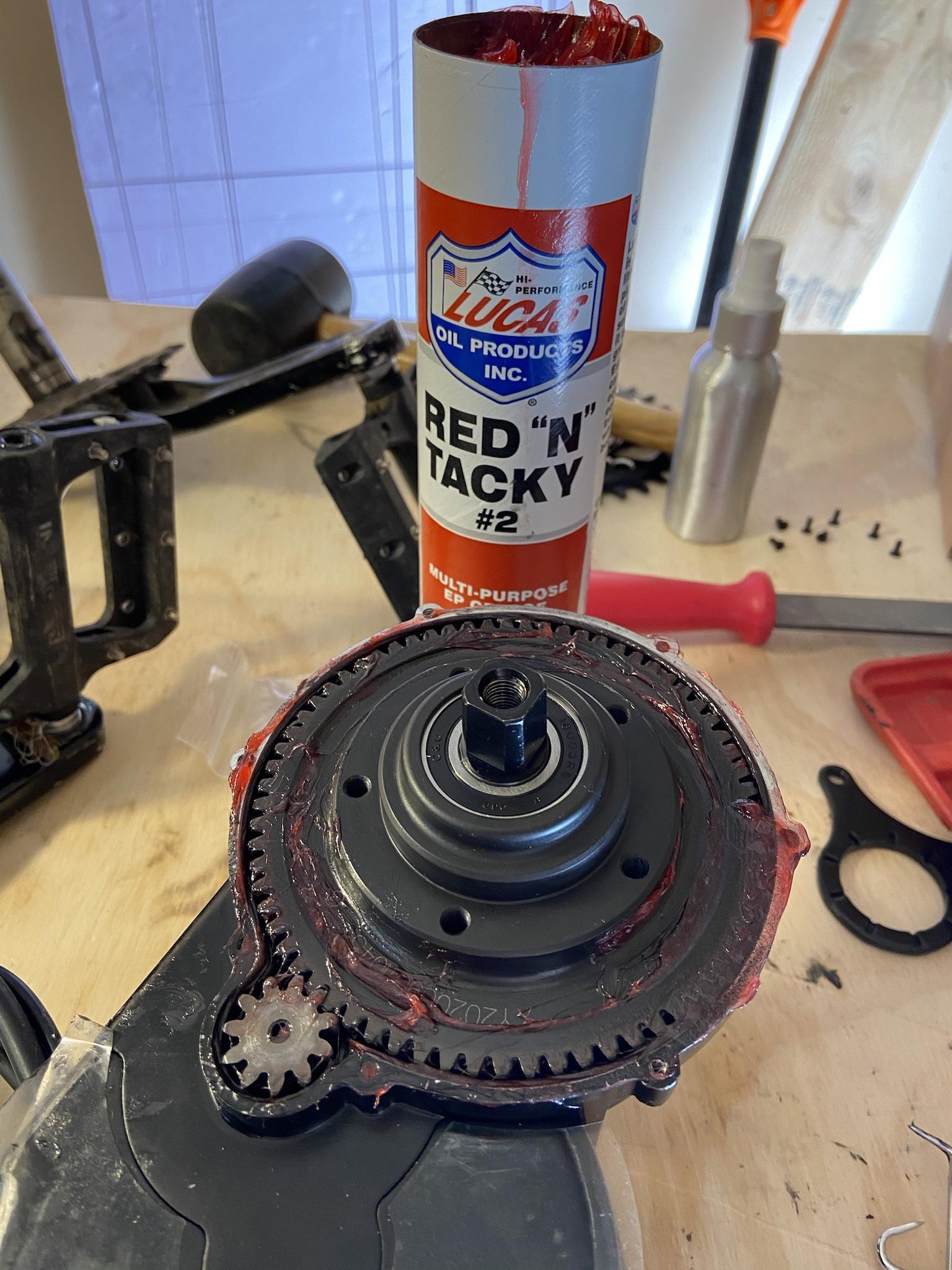 I'm using a 30T chainring on the BBS02. This keeps the gearing the same as it was before the conversion and my top speed is still around ~27mph. I never even mounted the 44T that was included. I think a 32-34T would be ideal but a ~10% gearing change is not a huge difference. The offset of the BBS02 means there’s a very angled chainline If I try to grab the lowest 2-3 gears. Those aren’t really needed with the motor though. 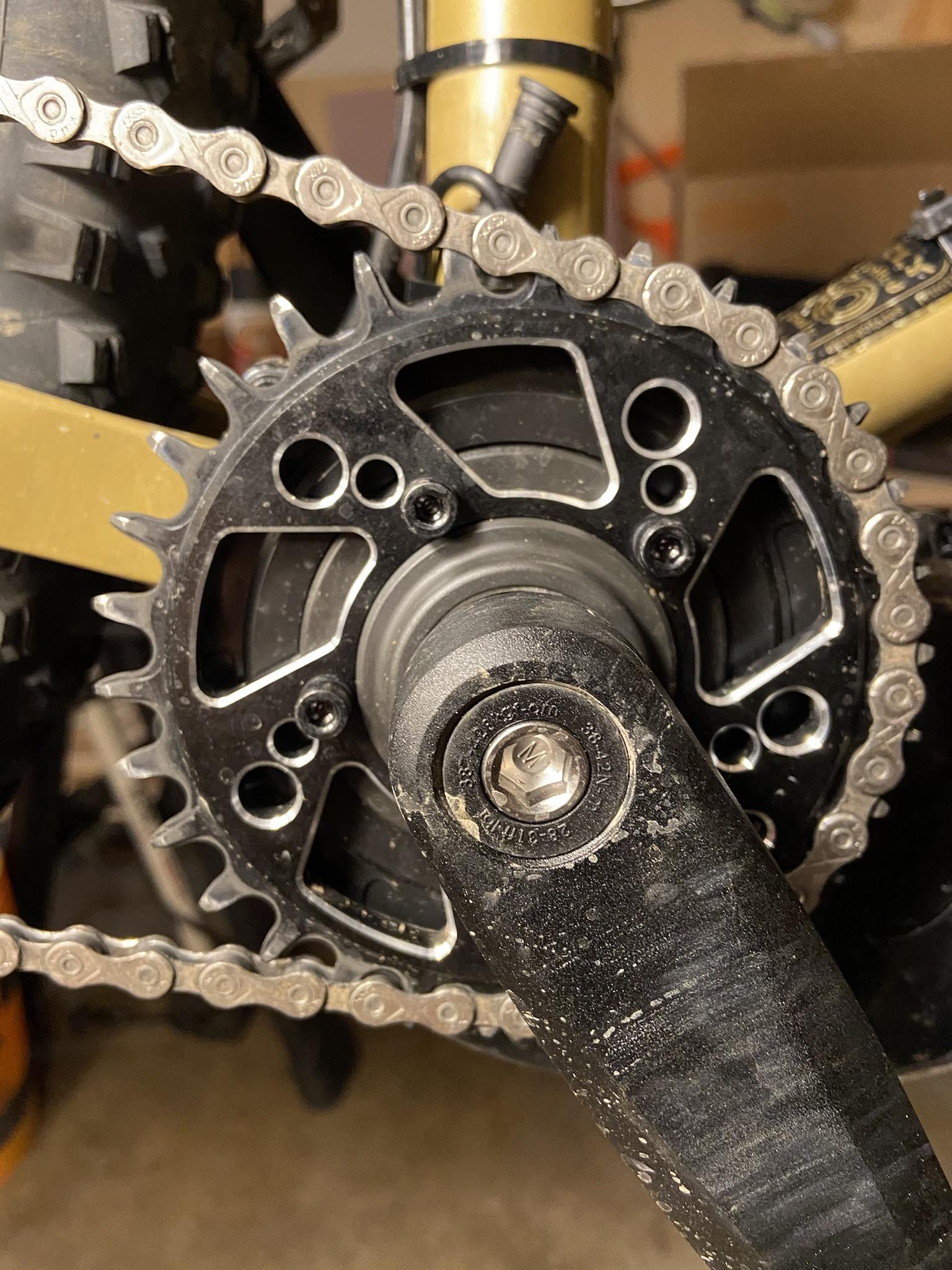 The battery I'm using is a 52v 8ah pack of Samsung 40T cells I picked up from an eBay seller. It fits nicely into a cheap ($9) frame pack from Amazon. 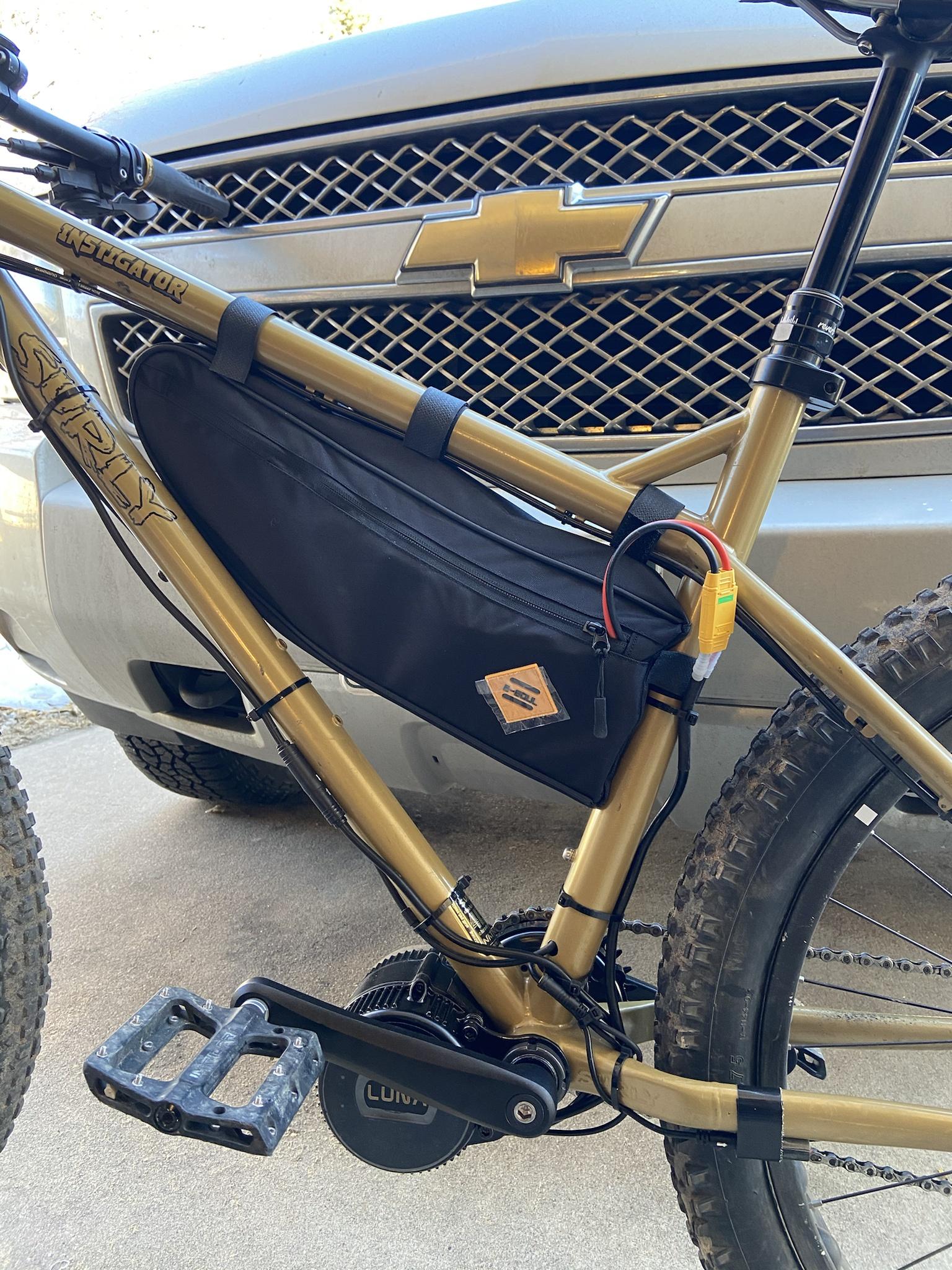 I may have been better off just going with a shark pack, but I had made a cardboard mockup of the dimensions of a ~14ah pack and really did not like the form factor. I also find the frame pack a bit more discreet (need to hide the wiring better), in the event you find yourself on a trail where e-bikes are not expressly permitted. 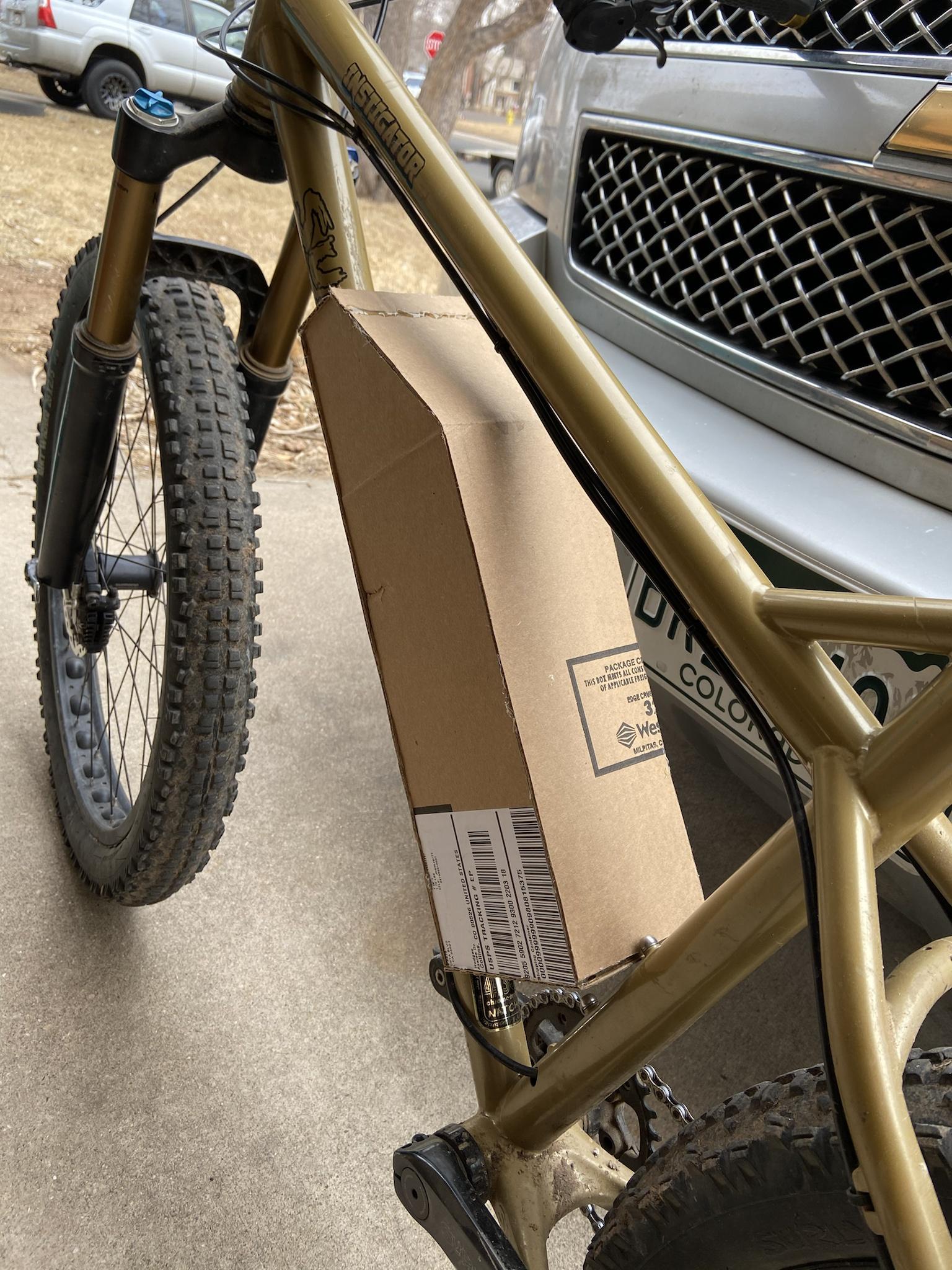 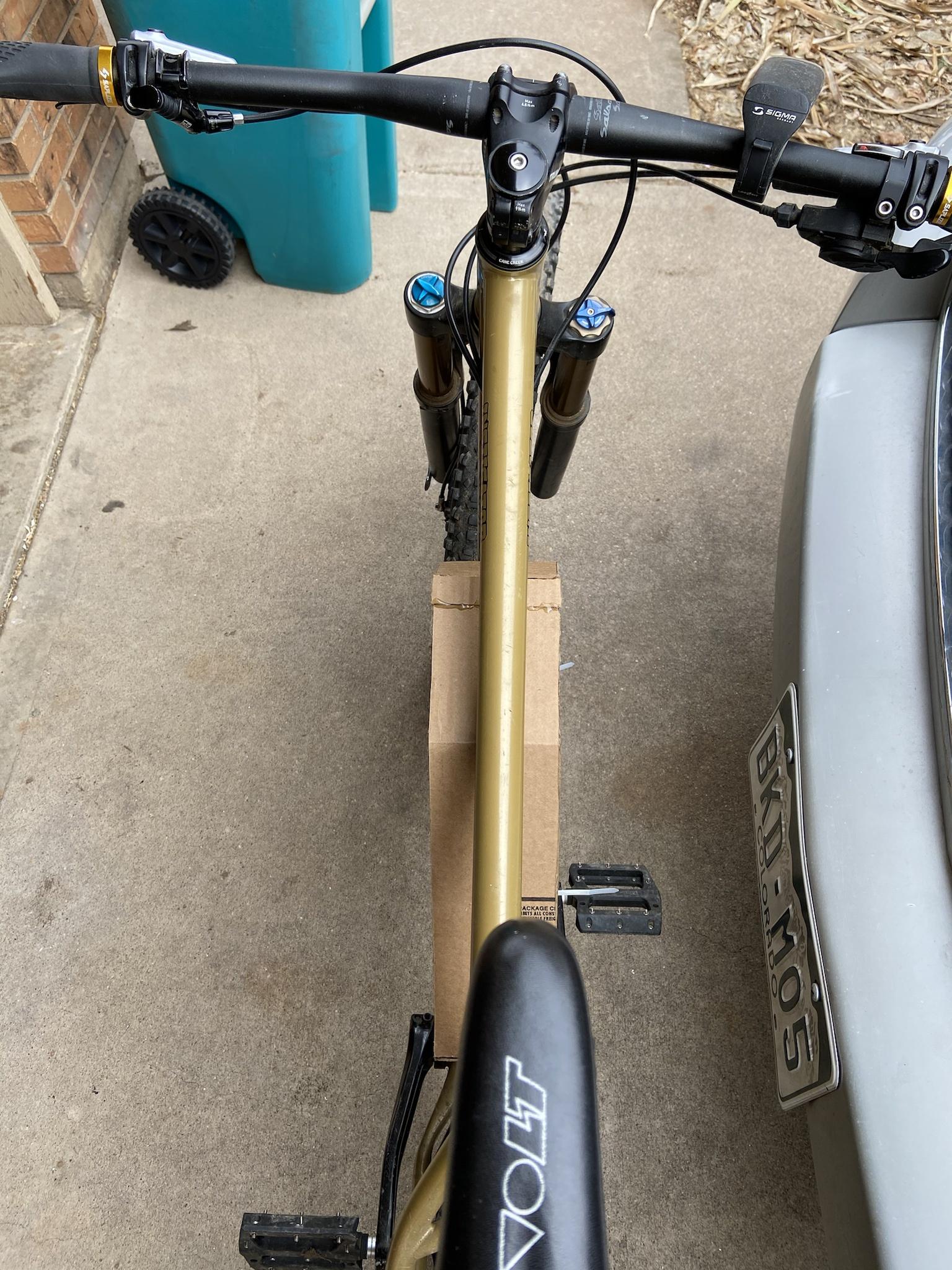 I tried the standard speed sensor setup with the spoke magnet and included mount but couldn't find enough clearance on my chainstay. Fortunately I saw Karl G's blog post on the speed sensor and the magnet-on-wheel seemed a much cleaner way to attach it. So I cut off the old mount, molded JB Weld SteelStick halfway around the chainstay, attached the speed sensor with 5min epoxy, then secured everything down with zip ties. A neodymium magnet was attached to the rim with JB Kwik Weld.

Previously I had just Gorilla-taped and zip tied the speed sensor to the bottom of the chainstay and added ~1/2" of magnets to get it to register. However after seeing the speedo reading had a pretty slow response time, I decided to move the sensor inward with the above process. 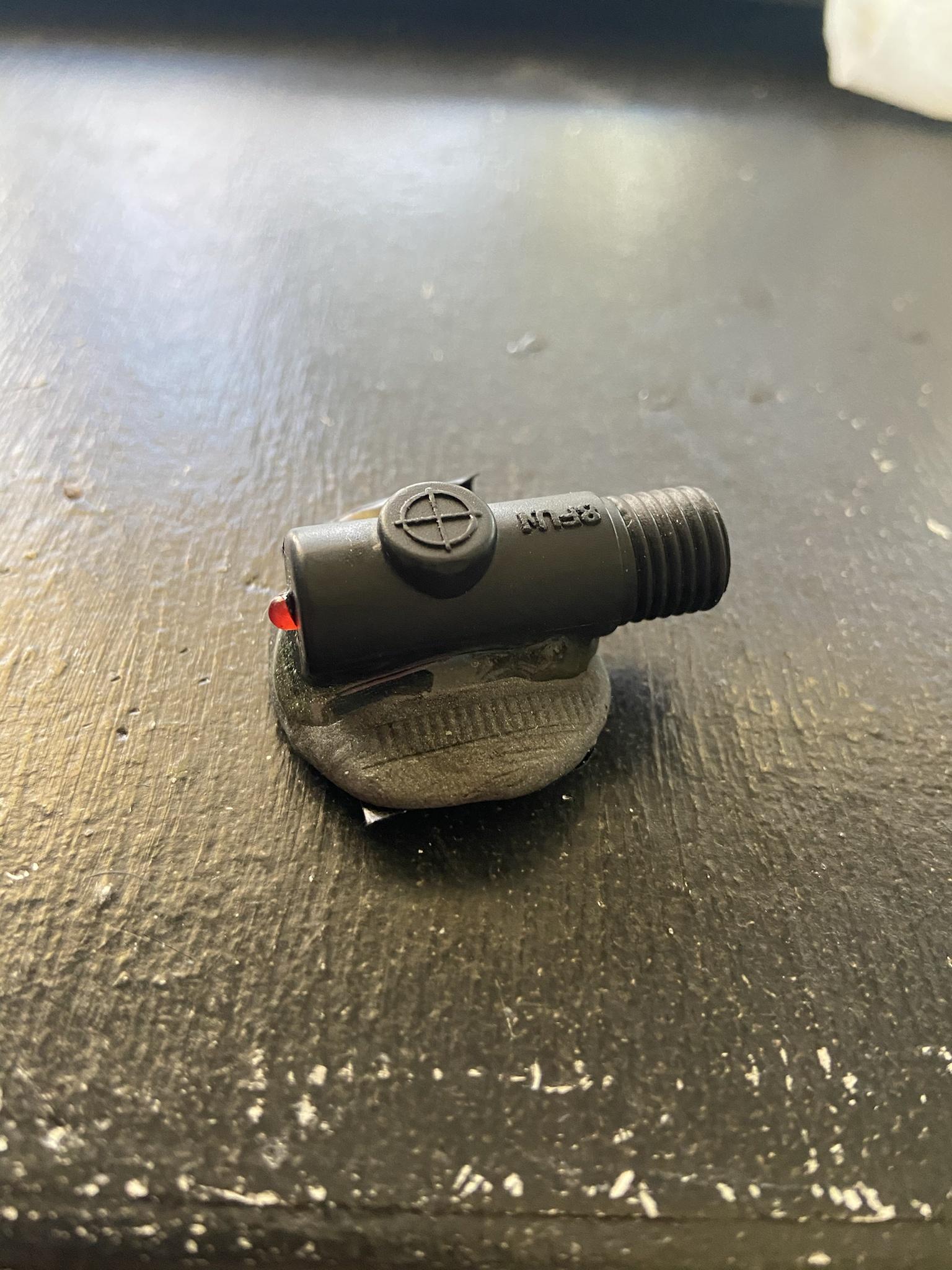 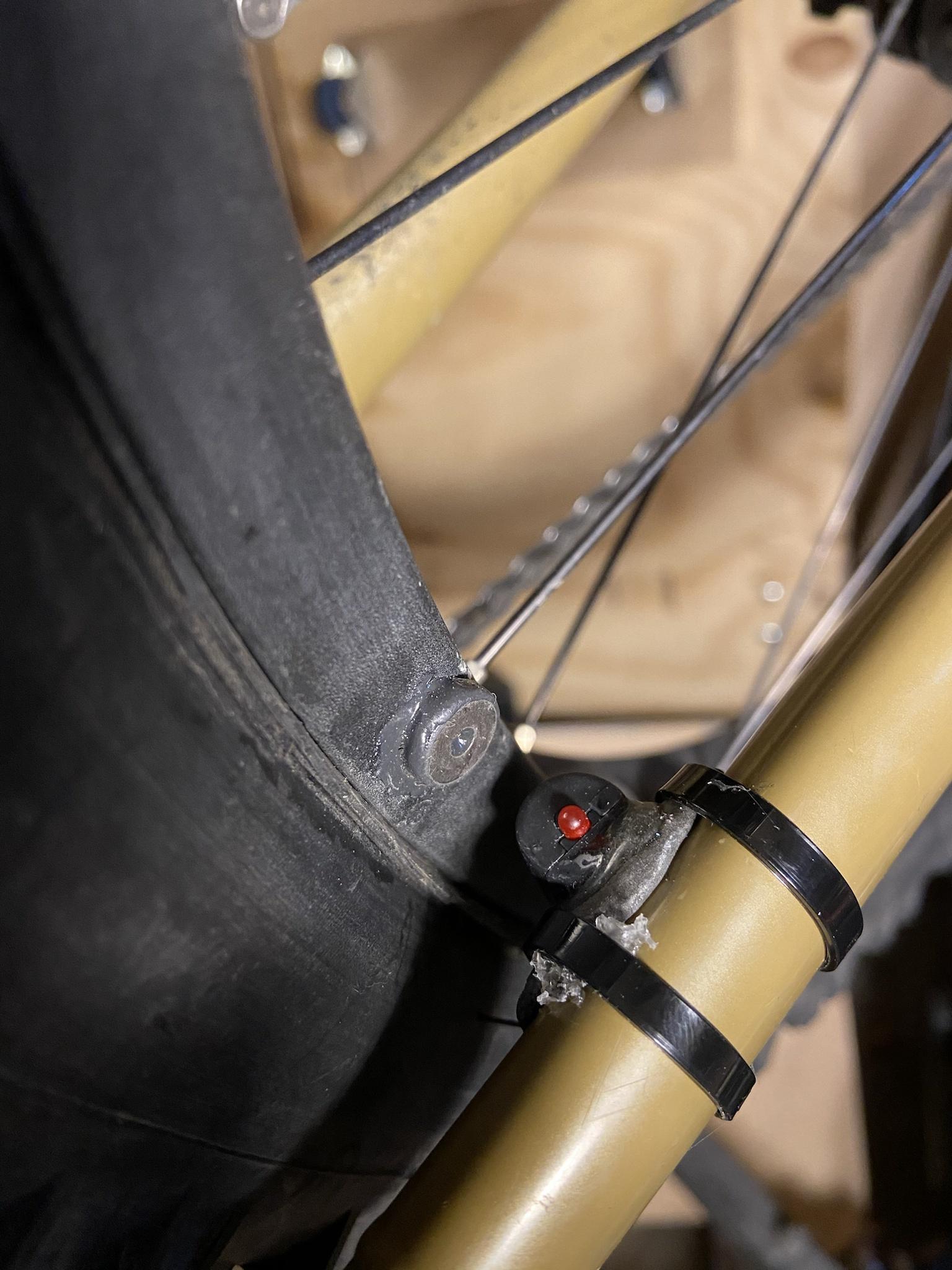 I ordered the optional gear sensor and the kit included 2 brake sensor cutouts. So far I've just installed a cutoff for the rear brake. I'm primarily using PAS and on [relatively short] test rides so far, I don't really feel the need for any of the cutout sensors, but I installed one just to be safe. The SLX levers don't leave much room to attach a magnet, so I epoxied one to a thin strip of metal and attached it the lever with some 3M tape. I positioned it as far as possible from the Hall sensor so it trips almost as soon as the lever is pulled. 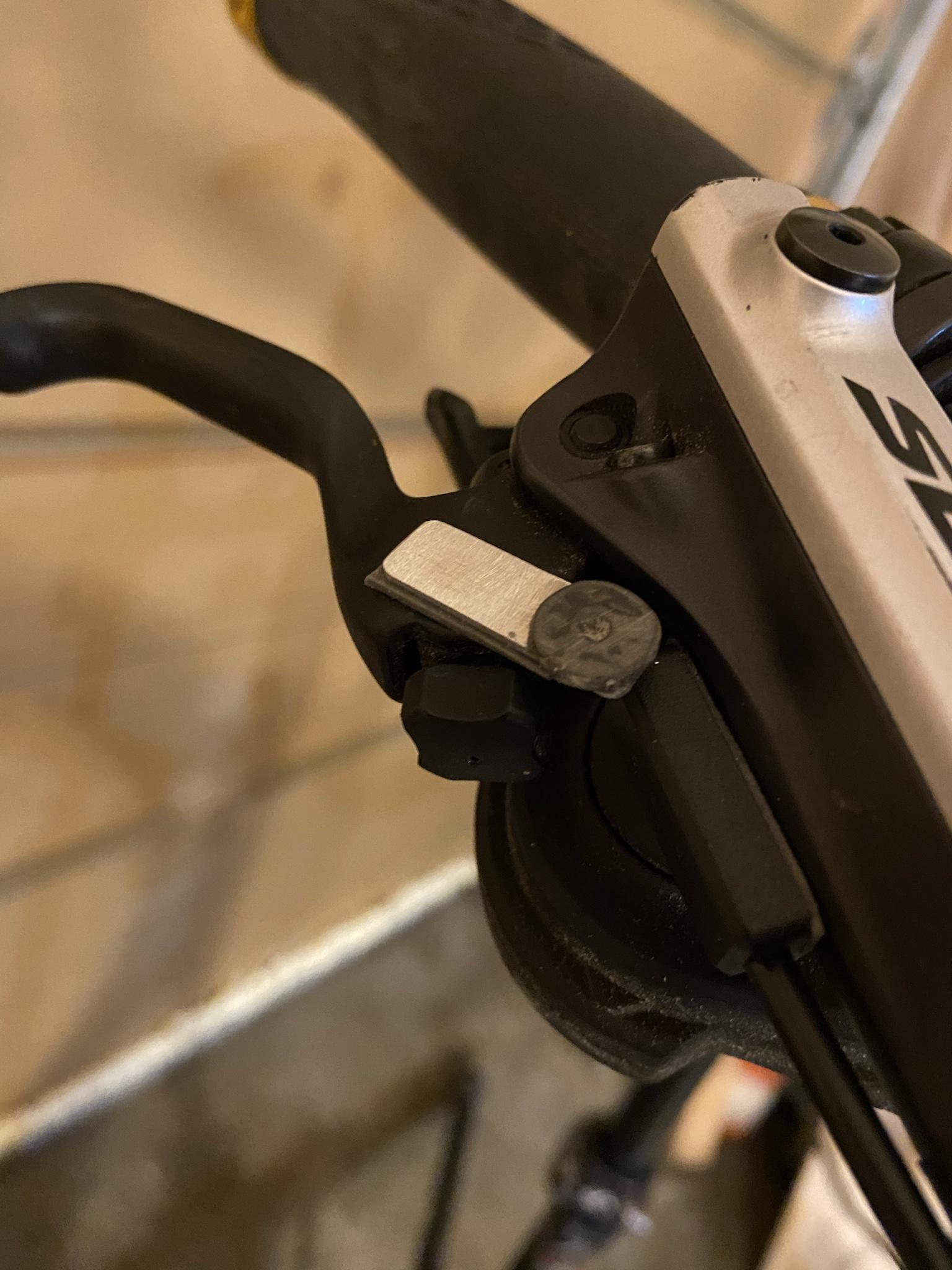 Finally I configured the controller before even riding the bike. My intent is to primarily use PAS so I wanted finer control over the lower PAS levels. I wanted feel similar to a torque sensing bike. From reading reviews I was worried this wasn’t easily attainable, but my programming seems to work well and I’m satisfied with it. I also reduced the factory Luna 25W programming down to 18W for an additional safety margin. 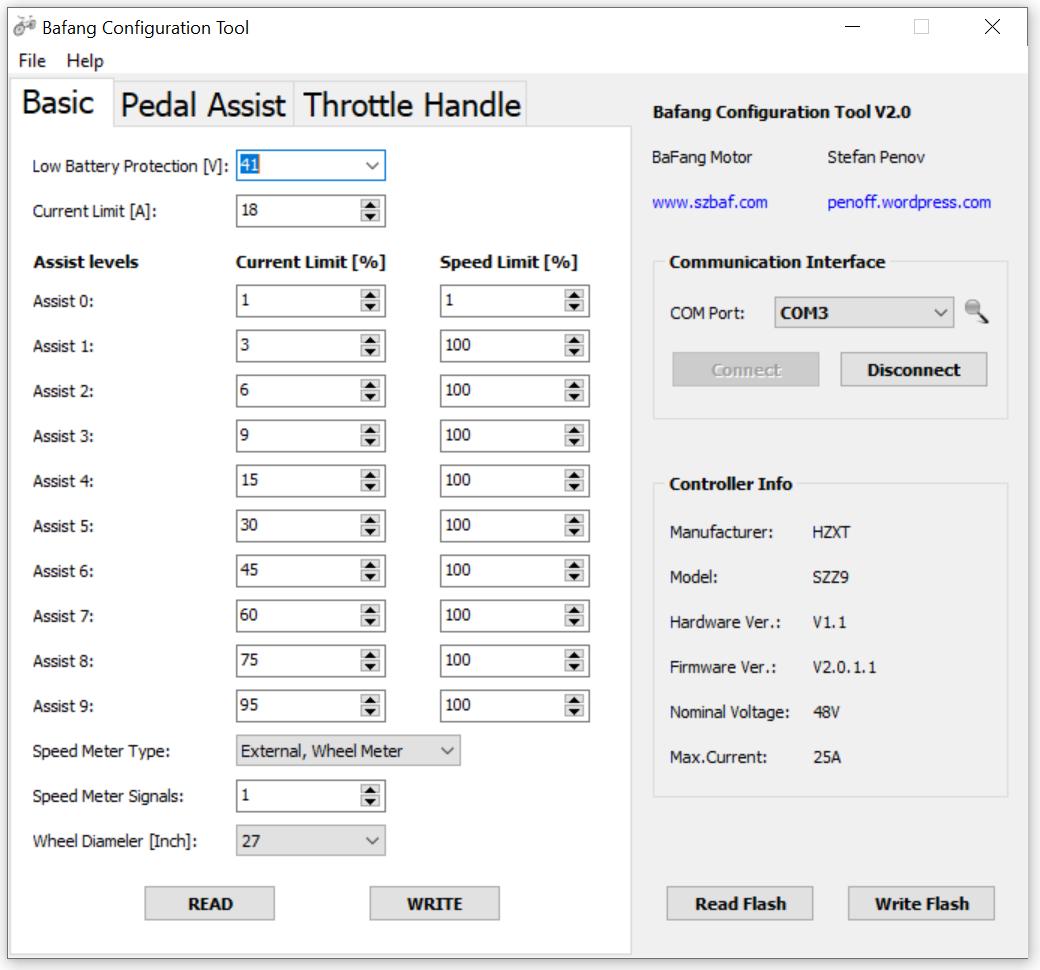 So it turns out the speed sensor does not work in a vertical orientation. Just removed the epoxy with a heat gun and will be redoing to get the sensor horizontal.
Top

After a few decent rides, this battery pack seems to have a range of 30+ miles.

Ride 1 was ~16 mi paved with some moderate hills and a 10-15 mph headwind at times, avg assist level was probably 5-6. Battery went from ~52v to start and finished ~42V, and I ended up pedaling a basically dead 45lb bike about a mile home.

I verified the voltage with a multimeter and the 500C display is pretty accurate, though reading will bounce up and down slightly while riding.

Also based on the 40T spec sheets (which specify a 2.5v LVC per cell), I'd say I can safely lower the battery protection to 38V.
Top

I'm in the finishing stage of my BBS02b build. And the programming you did is something I need to look into. Especially the 100% speed limit in every assist level while increasing the current limit gradually seems a good idea!
Top

I'm in the finishing stage of my BBS02b build. And the programming you did is something I need to look into. Especially the 100% speed limit in every assist level while increasing the current limit gradually seems a good idea!

If you want to contribute pedaling effort (especially at lower speeds), programming in smaller steps for the first few levels is definitely the way to go. The stock Luna programming started at 10% in level 1 and I believe the standard Bafang programming starts at 30%. Both of those are way too high IMO. For sub-10 mph speeds that would require little to no effort from the user.
Top

I love the straight steel tubes. The bike looks so good, that it takes a while to even notice the motor.

Hopefully it's fairly subtle since e-bikes are not technically allowed on dirt trails in my county.


I've since cut an opening in the frame bag to hide the wires. The charger has its own side now. A bonus of the frame bag is it can store my oversized smartphone that I hate carrying in my pants pocket while riding (and we'll be out of jacket season before long). I also need to figure out water storage before this summer. Options are basically top tube, down tube or backpack (which I like to avoid on shorter rides).

I added some basic drop protection to the battery, just hot glued on some double walled polypropylene sheet. Ugly, but it's much better than nothing and not visible in the frame bag. 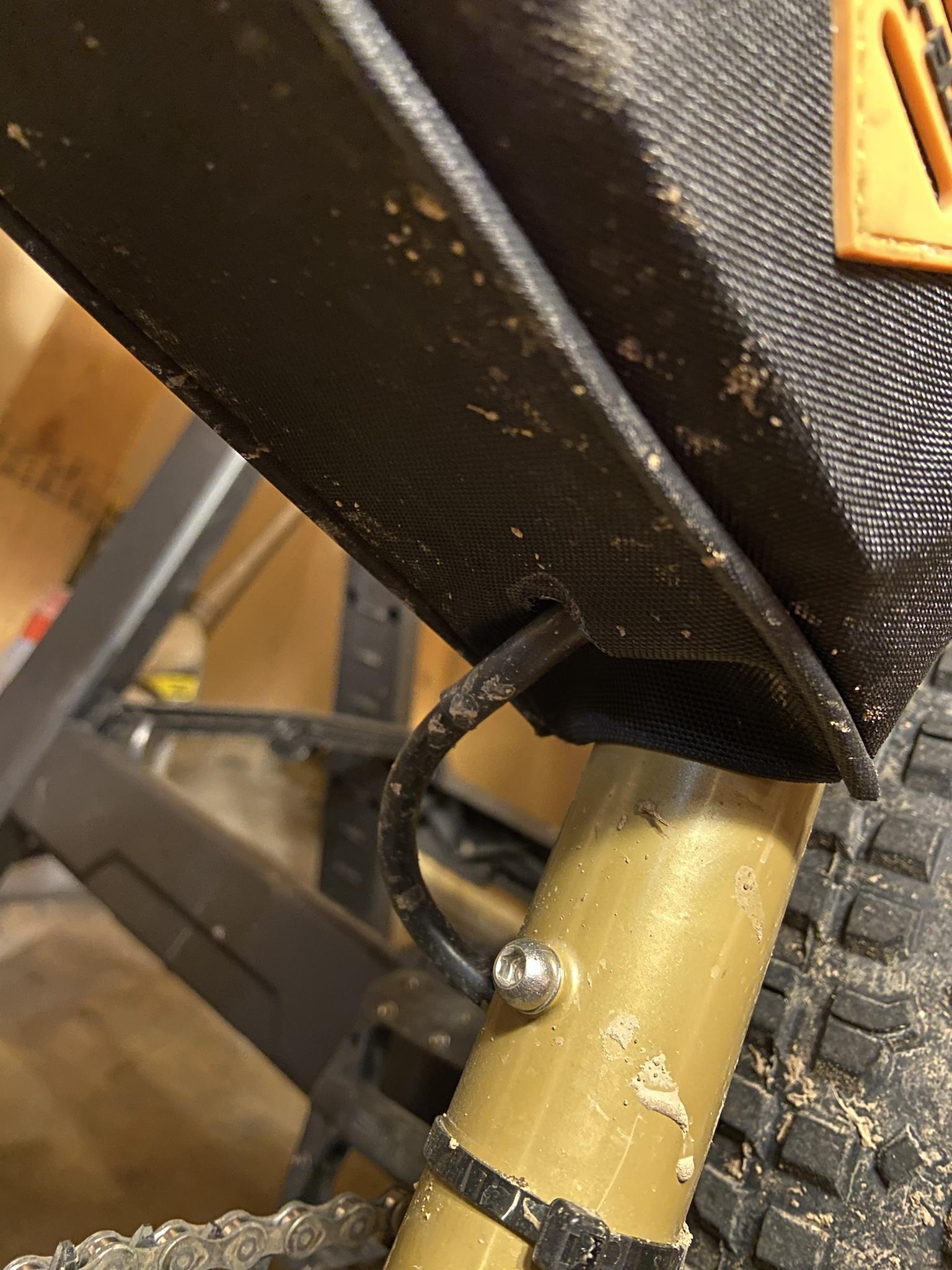 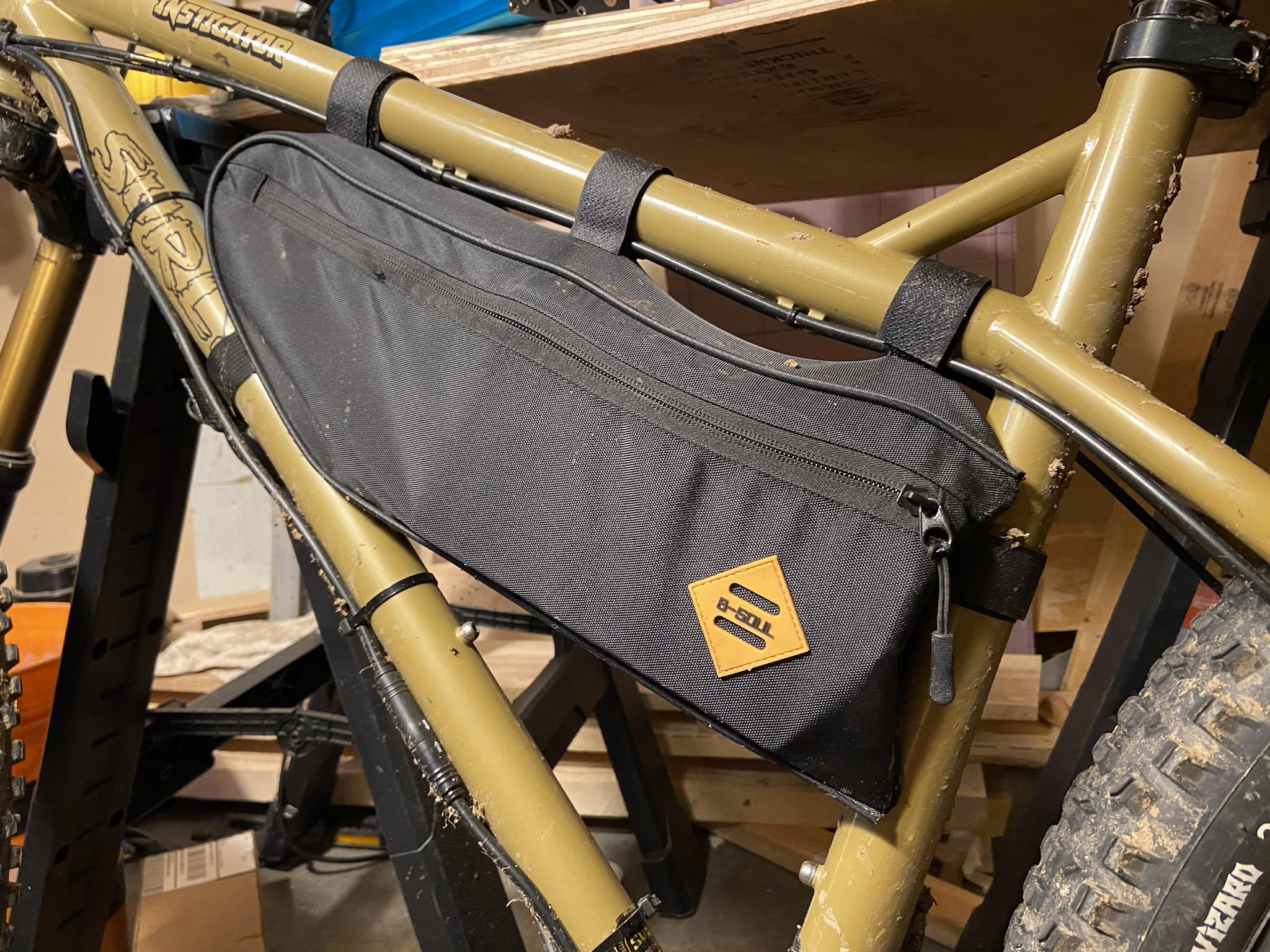 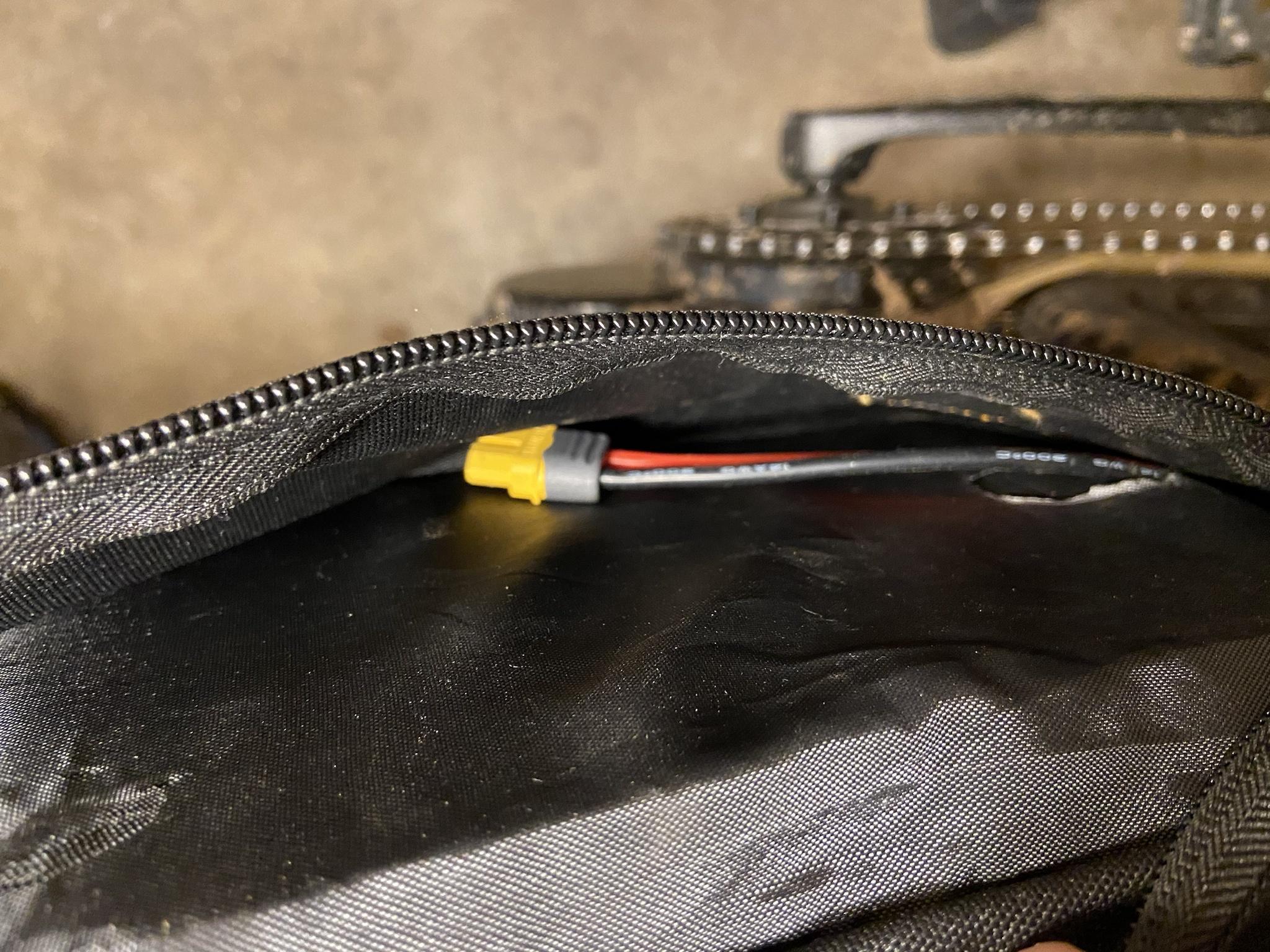 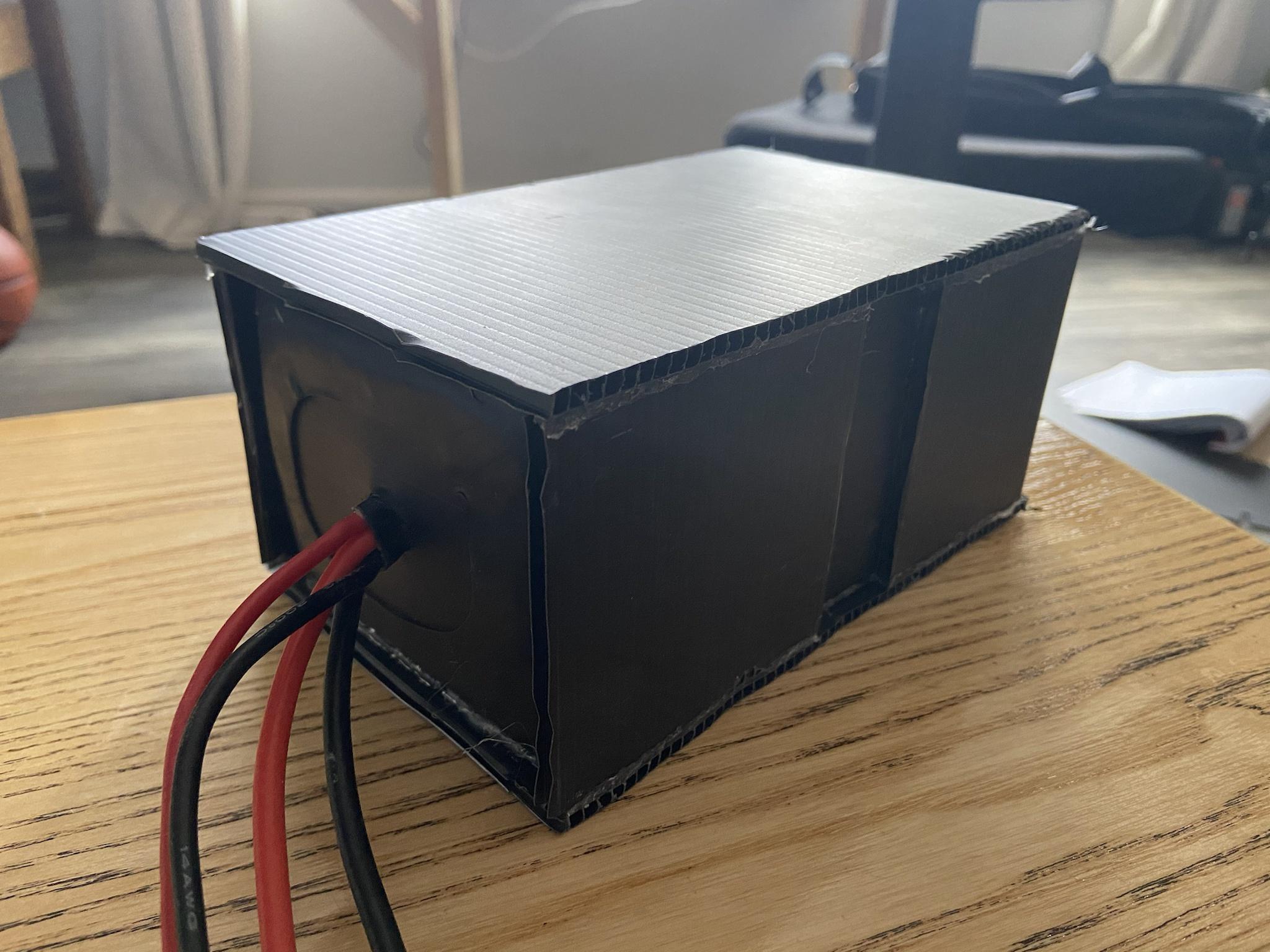