Allex wrote:Careful with OVS tho, I believe that if you change the value to the greater, the efficiency goes down.

"efficiency", lol. not my biggest priority!

more fun this am: 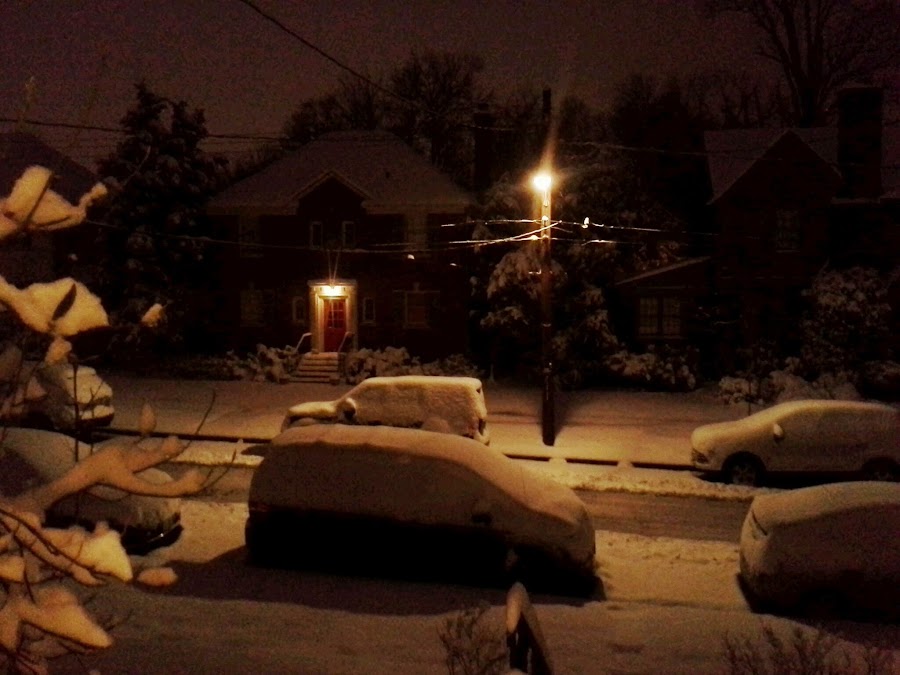 RIP GCinDC. You will be missed

Keep in mind man, you have kids lol.

Seems like a lot has changed since I last came here. Glad to see you have the H40 up and running and that you are loving the biggest deal since sliced bread for bikes.
Enjoy dude.
K2 Sidewinder
H4065 36 mph
20s2p 10aH lipo battery pack
If it didn't kill you, it just built your character.
You know your bike is powerful when even you, the builder, can't control it.
Customer 00001 at our very own Bigmooses online store http://mtg-technologies.com/zencart/ Great guy, great products.
Top

Just don't run OVS unloaded without a speed limit! Running too high of RPM's even unloaded can ruin your controller.
Top

GCinDC wrote:slightly OT, but thinking about something fun for the kids this summer...

this might be a bit big tho seems like a giveaway at $100. what do you guys think about replacing the ICE (and ghetto gas tank, lol) with a hub motor as a middrive type? 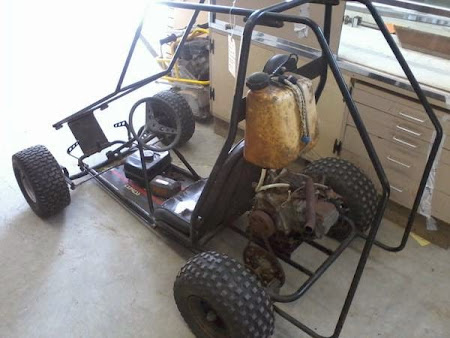 I'd stab someone prison style to get that for $100

I've been looking around locally for something like that (old wrecked quadbike or similar) that I can strip down and rebuild. The frame is easy enough to DIY but once you fiddle around making steering linkages and buy a set of tyres you're already well over $100.
www.HyenaElectricBikes.com
Aussie high powered e-bike kits and custom performance ebikes
New FUTR and Hyena special edition Beta frames now available!
My build and HD video thread____. My youtube channel____ Hyena Facebook page
My bike is writing cheques my body can't cash...
Top

Hyena wrote:I'd stab someone prison style to get that for $100

You definitely have a very colorful descriptive use of words and I find it both amusing and scary that I totally relate to your quote. I may just have a new offline saying to throw around casually for my wants.....

Tom
I'm married so you know I'm no stranger to pain!
Top

GC a small ATV would be choice with a fast geared down hub motor. Many places to use it? Or just make it slow?
Follow my progress on social media:
Electric BMX - Robotic Camera System on Instagram
https://www.youtube.com/c/MakeTechPtyLtd/videos
Top

pendragon8000 wrote:GC a small ATV would be choice with a fast geared down hub motor. Many places to use it?

not many places to use it, esp if noisy gasser. if quiet, more options.

Or just make it slow?

i'm thinking of having a couple speeds.

no word back from seller yet.

a friend in high school had a welder and we chopped off the front of a small track cart and welded up a new front end, including homemade pedals, steering etc, and put airplane tires on it. gotta find a pic of it, but one of the highlights of my adolescence - lost youth that i've rediscovered thru ebikes!

started to warm up last week, and we got our first taste of spring (but no timelapses of cherry blossoms yet, lol):


everything closed again monday w/ more snow. hopefully the last of it!

noticed these tracks when i parked somewhere monday and was struck by the comparison of the 26x1.75 studded tire and 19" MC tire: 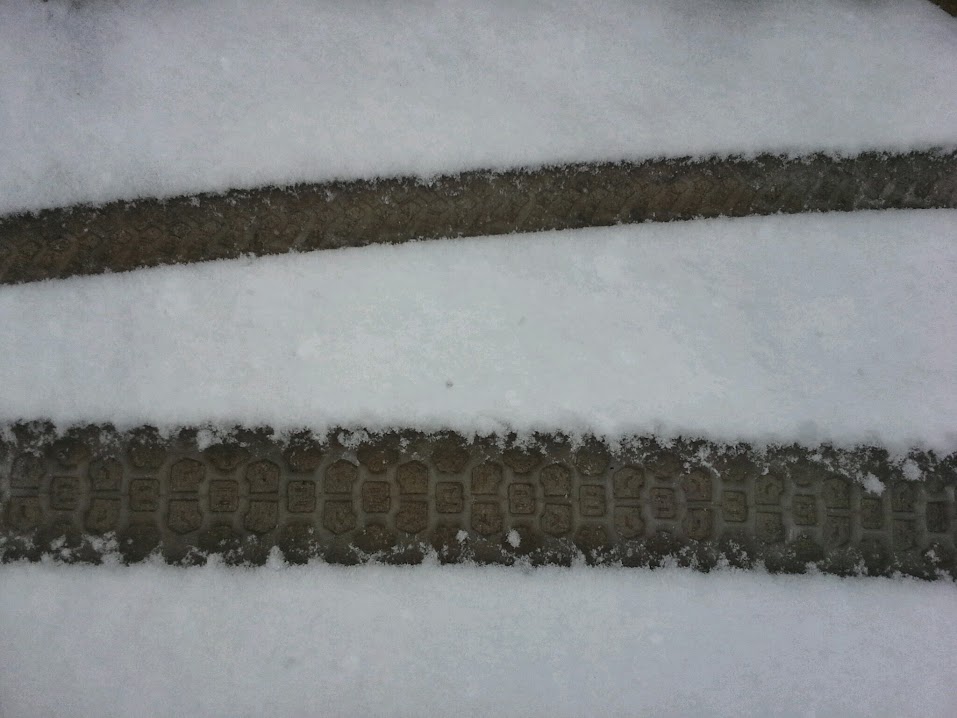 threw on the hookworm yesterday and lovin it, but they're talking about snow again next week. we'll see.

the more i look at images like this (from here) tho, the more i wonder about putting a fatter (MC?) wheel up front:

the hookworm works pretty damn well up front (feels light to turn and lifts pretty easily), but the fat tire just looks amazing, tho i wonder what a good MC wheel/tire would be to replace it. any suggestions? wouldn't want to go smaller than 19" and not too many street tread choices in that size last time i looked..


Allex wrote:Careful with OVS tho, I believe that if you change the value to the greater, the efficiency goes down. 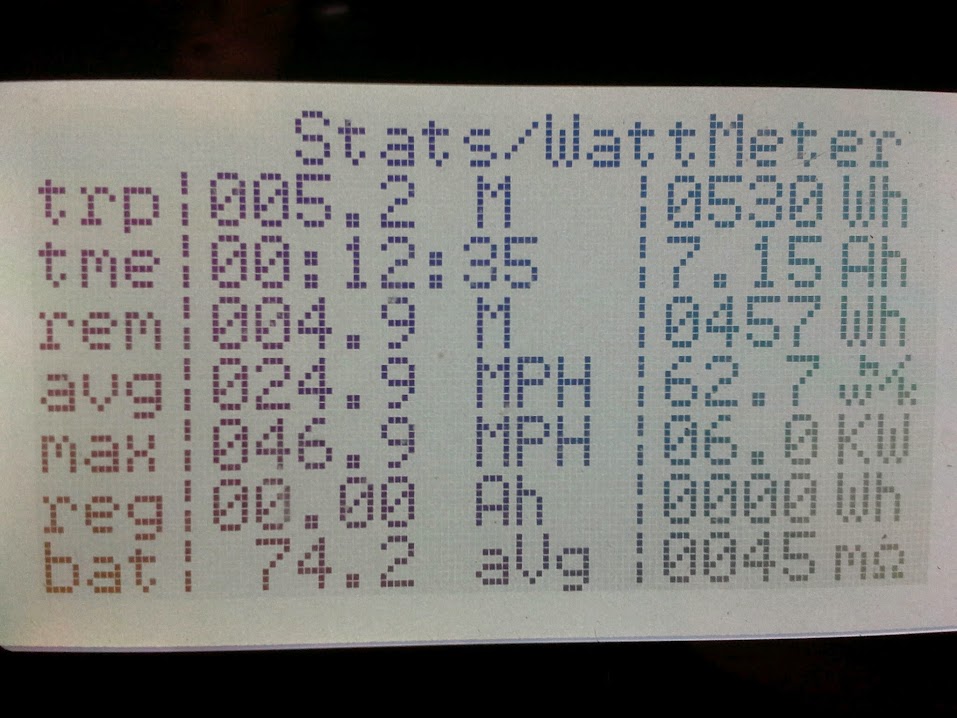 62Wh/mi (says wh/k but i wonder if that's true, since once you change between Mi and K, all other units change accordingly, including C to F. 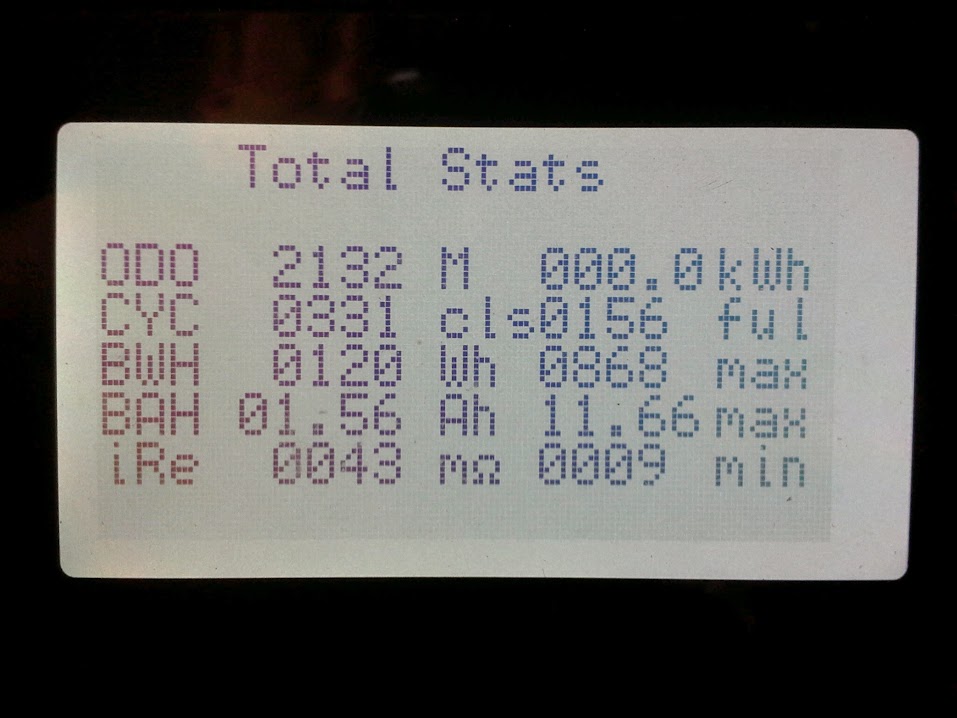 And those slobbering over the adapttos might be interested in this new thread: The most advanced Adaptto Mini-E Controller + BMS

finally, i caught a car accident w/ the gopro (front facing) today, and stopped where the two drivers were arguing and mentioned i recorded it on my camera. funny how the woman who was trying to take a left turn from the right lane suddenly shut up.

Looking forward to that upload

GCinDC wrote:
finally, i caught a car accident w/ the gopro (front facing) today, and stopped where the two drivers were arguing and mentioned i recorded it on my camera. funny how the woman who was trying to take a left turn from the right lane suddenly shut up.

So was the other driver excited that you were taping?

Get a Cycle Analyst and a Multimeter, you're still a noob if you don't have at least one of each.

not a big car crash. just a fender bender. couldn't even hear it on the vid (because of waterproof case). the scene is at the end.

This video is private

fixed. it's raw audio now but youtube has been trying to put an audio track down on it since last night, but eventually it'll be music. watch now if you like the raw sound of the acceleration.

Did that guy flip you off?
Top

hell no! he was psyched. i think he was just 'handsy'. very expressive with the hands, lol.

dropped the bike on the edge of the sidewalk with a bunch of school children watching. very embarrassing. and annoying. ruined the gopro housing. so no vids this week. new one arrives tonight. 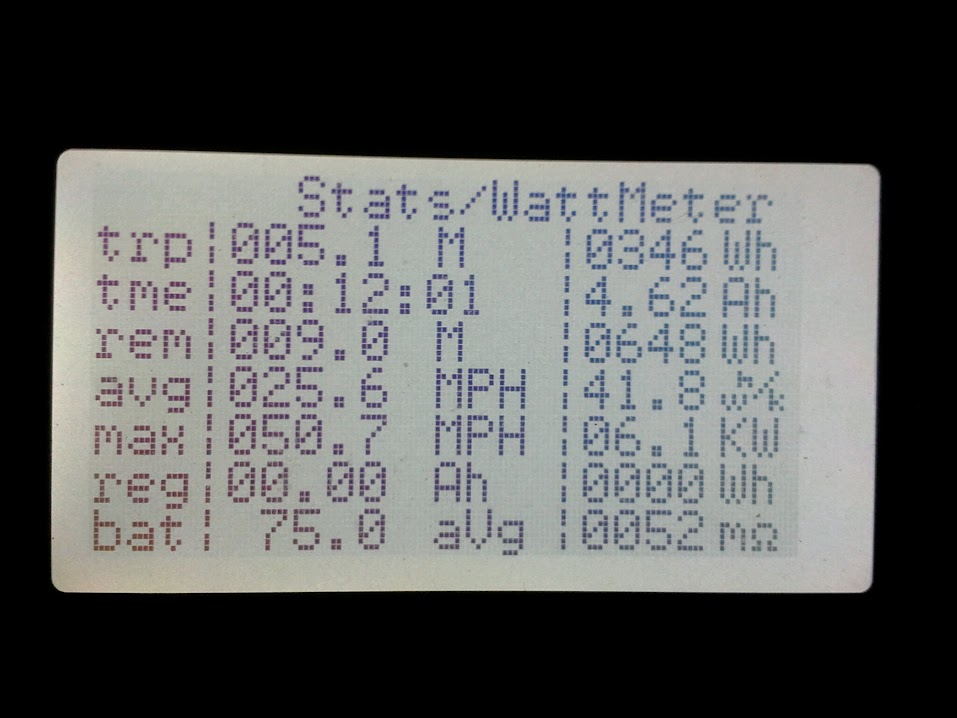 interesting to watch the pack IR slowly increase, there at 52mohms.

i'm loving my timer! i strap on the battery warmer, attach the charger, and every morning at 5AM it wakes up, charges, and warms my pack, so when i leave at 7, she fully charged (balanced) and raring to go. (borrowed image here. right now my pack doesn't fill the triangle, so wrapping it like this is easy.) 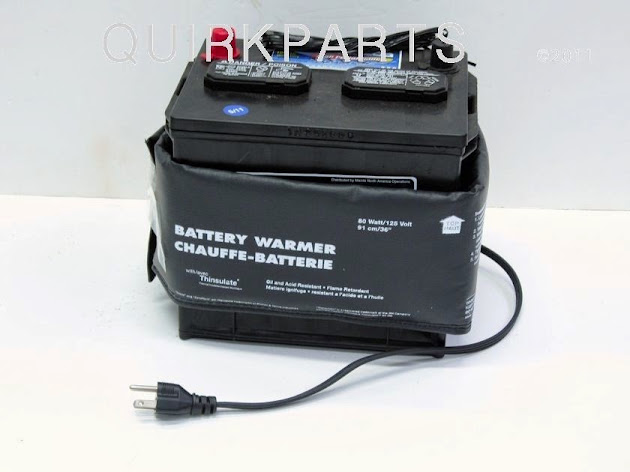 spring should be here anyday tho, and then i can leave the warmer off...

in other news i was admiring a madass seat the other day (hating my own lately), particularly the two-seater aspect, and have been thinking about a seat mod, perhaps something like this but probably all custom and welded to a seat post too for increased stability: 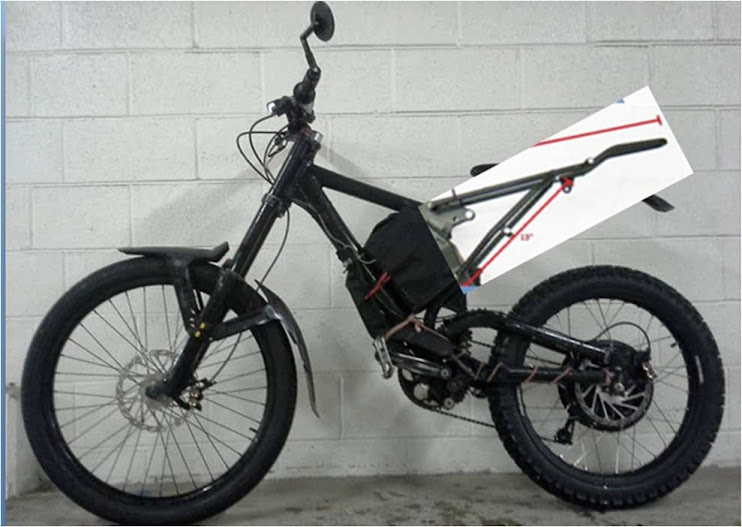 wondering if a motox seat would be better..? anyone seen mods like this. farfle's got one i know..

i am thinking of how to install battery warmers on the SLA pack in my little ZENN car to increase capacity during charging and then discharging.

it is no fun looking at the weather in perth. why do they need to remind us winter never leaves.
Top

Battery warmer and charger on timer sounds good man.
I have a good idea if your going to mod your bike... Replace that rope holding the wires on the swing arm with something less ghetto, like cable ties

pendragon8000 wrote:I have a good idea if your going to mod your bike... Replace that rope holding the wires on the swing arm with something less ghetto, like cable ties

lol. yeah, that was an old pic i was working with, from those few days that the front part of the fender was on!

i since got the reusable but brittle cable ties. but she's still plenty ghetto.

been hunting for photos of my first go kart, and found these that i thought you'd enjoy, haha: 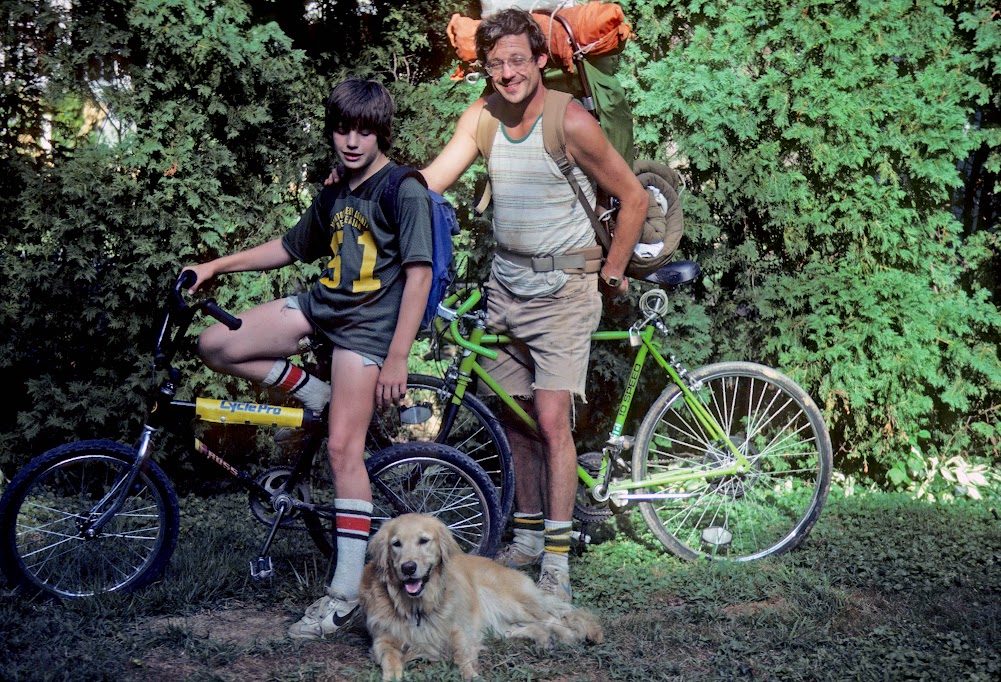 and here's one of my bro in the front yard: 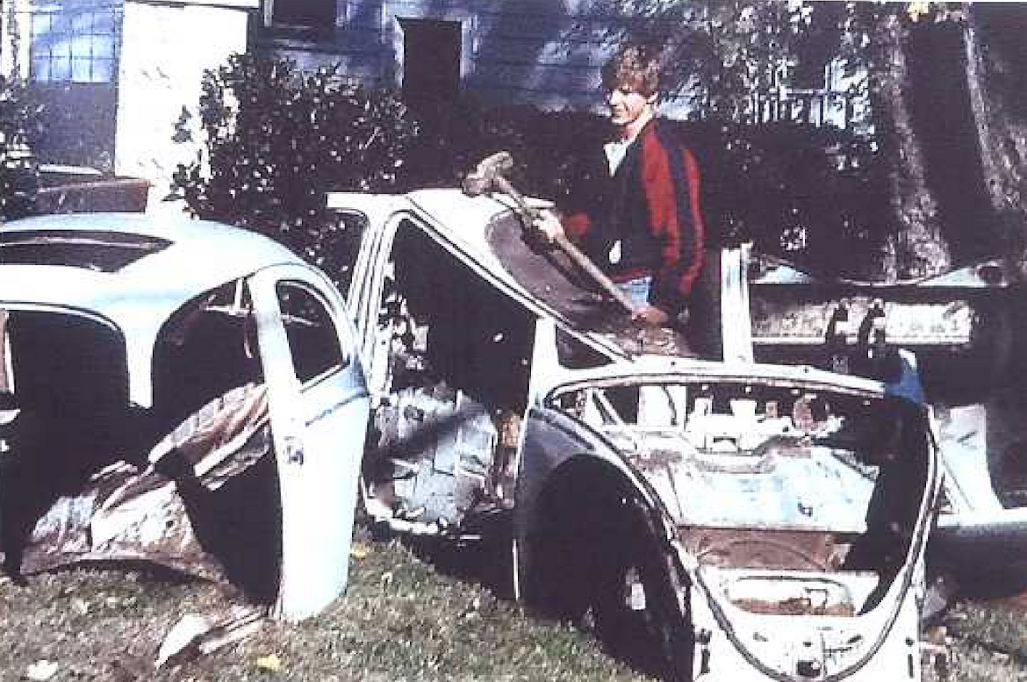 Took a look at the 10 day forecast. Lows are all above freezing. Maybe put battery warmer on the shelf for next year?
Top

"two working, two for parts", been there, done that. still do that.

consider what scrap metal was worth then, and if the body was still intact today for someone to reuse to restore another beetle. but dead cars in the yard and remodeling the house are how marriages end.

can you imagine if your old BMX had your current motor back then? the wayback machine is a fun tool.
Top

axel is over and we're working on a project. here is the before: 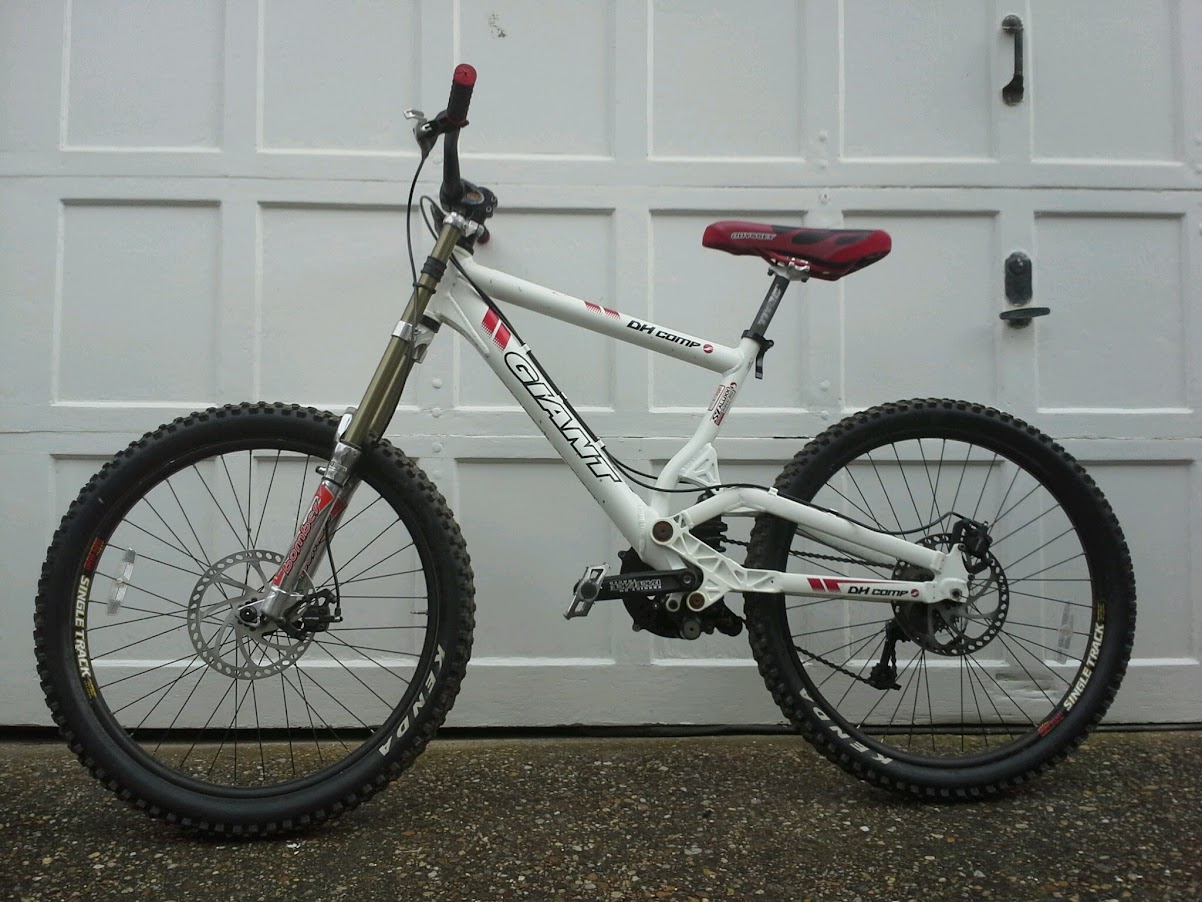