I picked up a Panterra Fusion scooter/moped yesterday (see the scooter photos forum), and the guy had this NEW Lightning Cruizer in his garage - he wanted $150 and I said OK. When I got it home, I realized the upper battery mount was snapped so I have to use wire-ties there, but was quite suprised to see that it came with a 24v nihm battery/charger! I have found almost no reference to it online, but did establish that in 2005 it sold at Pep Boys for $550, imported by American Products Company (just bought out march 1st)

It is a decent cruiser, but has fat gushy tires (35psi) with huge rolling resistance. The brakes are GREAT, a real plus. The frame appears to be well built for a chinese bike, the pressure-connection battery mount is uninspiring but hey it is a space I can re-use for new batteries should I decide to 'upgrade' it. The 'tank' is goofy, looks like the controller is under there.

Took it out for a cruise, I'd guess an uninspiring 12-15mph but hey it is only 24v so that isn't a surprise, and for $150 I am ok with that. Anyone recognize this dc-brushed hub motor?

It don't look too bad... even has a battery lock.

Motor might be a Golden. Not the best, but not the worst. For 150, it won't kill ya to take it apart and see the gutz.

Have a Nice Day,

Bored?... take a crack at the unanswered posts

Yep, that says ovonic but I have no idea what that means - will you tell me what the significance is?

Well.. there are only a certain amount of battery manufacturers out there.. Suppo, Nexcell, GMB , Ovonics, GP , Valence, etc etc etc.....

Looks like you could stuff some lead bricks in the tank, or something.
You have to know, not fear, that someday you are going to die. Until you know that and embrace that, you are useless. - Tyler Durden, Fight club. Ditch the fake identity you've created for yourself, walk your own way in a society of mindless drones to become real, you are not your social status.
Top

Ypedal wrote:Well.. there are only a certain amount of battery manufacturers out there.. Suppo, Nexcell, GMB , Ovonics, GP , Valence, etc etc etc.....

would be considered a good one.. You could have gotten worse ! lol..


Oh-Oh-Oh the manufacturer - I thought it was a chemistry varient -thanks for letting me know!

Looks like you could stuff some lead bricks in the tank, or something.

Defintely thought about it. I have a lot of projects running right now, and the guy who gave me a ride to pick up my scooter (and this) is trying to make up his mind on whether he wants it.

But if he does not... It is a long-frame, sturdy, bike, that I can see being stable at speed. I can envision replacing the gushy t35psi tires with hookworms, yanking off the goofy tank and controller, and see how the hub motor handles a 48v 25a controller. No lead bricks though - I don't think I can get the amps out of them - I'd be doing nicd/nimh.

saw one of those Lightening Cruzers being repaired at my LBS - I just want one of those tanks for my battery!
Phat Seabreeze beach cruiser, WE BL 36 running 36v20Ah Headway - Sold after several years of daily commuting and 2 Burning Mans
current project - Worksman utility trike http://endless-sphere.com/forums/viewto ... =3&t=53632
Top

Hey I had one o those. As you can see I did put lead on the sled and lost the tank. All I did was replace the seat then I sold it. It was a heavy solid frame. I was going to try an ecrazyman 36v cont. but never got that far. Nice cruiser! I had a blast and a lot of other folks tried that bike while I had it.

I dig the tank as well, it's kinda like the controller enclosure I'm making for my cruiser, just finished cutting up the pieces today. 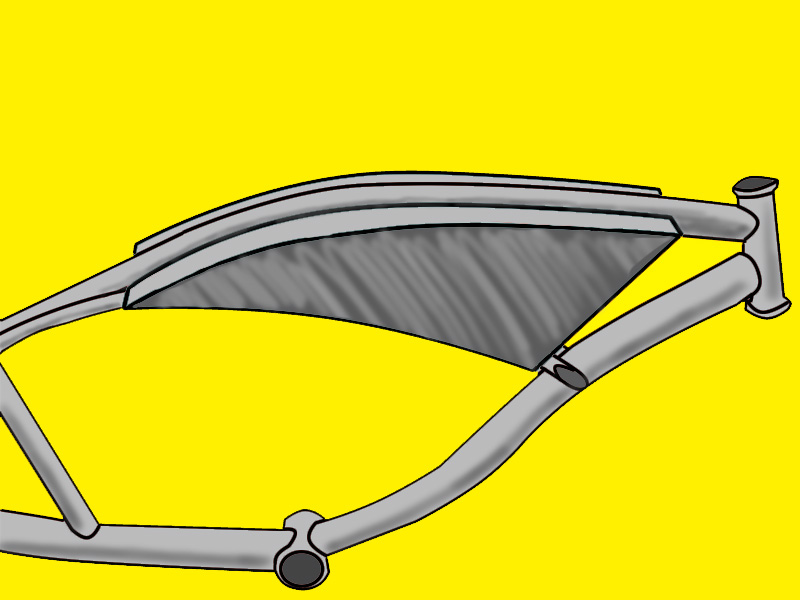 I also like the single speed pedal power, for me the main reason for having pedals on the ebike is to stay legally compliant. so the simplicity of the single speed is great for a bike like this. Is that a geared hub motor?
- be seeing you

I have had two of those and played with them extensively. See my current thread "wooden box II build" and one of my websites.

WOW. I have two of those Lightning Cruizer bikes " never used" hanging in my garage for the past 3/4 years (one for my wife and the other for me,she laughs at me every time we go into the garage,mm) only because I need the battery packs/charger AND at a reasonable cost to purchase the batteries. Any help in locating these packs would greatly be appreciated,also it was mentioned that a 36v system could replace the 24v system,would this be hard to covert and if so any detailed info. as to what I would have to do to do this. I also noticed the electric scooter that someone had on this site as well,well guess what I have that also and never used it and left it out side under the car port and is beginning to rust and is loaded with spider webs,so much for that scooter,ha ha. Anyway any help with the bikes would be great. I am in my sixties, so I am limited to what I used to be able to do when I was 20 as to what I am able to do now .

Where can I find a replacement battery pack for the original 24v system that came with the Lightning Cruizer?
Top

newtothis wrote:Where can I find a replacement battery pack for the original 24v system that came with the Lightning Cruizer?

Gosh, I forgot about this bike from the Dark ages... The Chinese company that built these bikes probably vanished into obscurity a decade ago, so you are probably going to have to build your own. If you have the battery enclosure you could build a much better battery into the case, or you could just buy a random 24v battery pack and put power connectors on the power wires connected to the battery mount. These bikes were heavy and underpowered so I wouldn't sink too much into it.