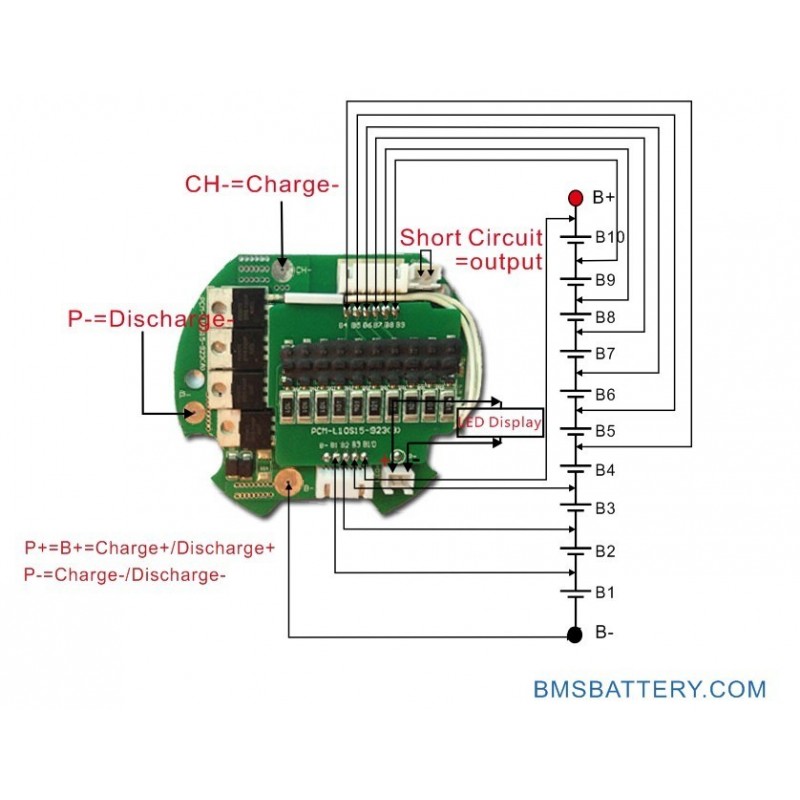 Ok so I threw the battery together real quick and I also took the other battery out of the bike to make room, here are the pics

Frame nice and dirty just the way I like it! A little rust already forming! love cheap steel

Here is the old setup, the new setup is going to be a much tighter fit, lets hope it all goes in

Had to move the controller for now

Quickly soldered them all

put a 12awg turnigy negative on

attached it to the BMS

then another that will power the controller

Put a 12awg positive leading to my controller also

soldered all the BMS balance leads

decided to put the bms on the end since the frame is kinda skinny. This will likely be on the top of the frame near the key switch when installed

neaten up some of the wiring (im no perfectionist)

need to add a switch to turn the pack on

this loop turns the pack on when you short it

OMG it actually puts out voltage!

grabbed the charger I was using for 12s and adjusted the pot to put out 54.4v should be good I think

So this was not the most fun thing ive done in a while...but the battery actually fit in the frame. It was a really tight fit and I know what your thinking its because the controller is in the frame, but it is actually because the seat stay bolt heads are hitting the top of the battery.

This is probably not the best mounting option since the bike is going to be top heavy, but I did not want to extend the motor wires or move the controller outside the frame...yet

here are the pictures of the process, its not perfect but that the way I like it!

I moved the controller as far as I could, and then attempted to fit the battery in. I found out quickly I had issues

The seat stay bolts are in the way, if I remove them the battery fits...obviously I need them though

before bolts were changed

The bottom of the battery is right against the bottom cover but there is a piece of foam in there. It all fit together!

Now I need to figure out what to do with these wires...

random shot of bike, glad its back on its feet

Grabbed a switch to turn the wires on and off

Used some two random quad bushings to protect wires, cut them down a bit

now I will have to work on a charging port later

for now it just sticks out! haha

Finally the bike is charging!

So tried to beat the rain home and just barely did. Clocked 13 miles on the new battery setup and it performed excellent! New too speed is almost 10mph faster by adding 3s

Didnt bother killing the pack since it wasnt fully charged when i left and was not sure if the bms was going to cut out and cause problems. I trusted it and did the trip easily

So today I wanted to test the battery a bit more and unfortunately I got it to cut out power. I kept it full throttle the entire ride and made it about 9 miles and the BMS shut the pack down. I was pretty scared since I was still atleast 3 miles from my work even though I do carry a charger in my backpack it was starting to rain and getting worse out. Luckily I cycled the BMS switch and key on the bike and it came back to life and let me baby the throttle enough to get to work at about 22mph. which is usually top speed on 10s

so the battery may be even weaker than I thought. But it is only 4p pack of 2c cells. Also if I used 5p in parallel the battery wouldn't have fit into the frame unless I modify the rear seat stay bolts and move the controller

this will have to do for now, I will report any issues

Why are you opposed to puttingt the controller on the underside of the frame.
Top

Dumsterdave wrote: ↑
Aug 13 2018 11:52pm
Why are you opposed to puttingt the controller on the underside of the frame.

Im not opposed to it ive had it there before. I dont have a large enough battery for that to matter tho, and nothing overheats at 20a...why go thru the hassle of wires hanging outside? Then the bottom cover is also much harder to open and close. Have you owned one of these frames?

I like being able to open the hood quick to do maintenance, and i like no wires hanging out i guess.

Great Build thread, Been eyeing up the same frame for my next build, glad to see the geometry kinks were worked out in the end. Did you ever think of swapping the bolts out to brass to see if they blend in with the gold better?
Top

mcfizzlestag wrote: ↑
Aug 19 2018 11:41pm
Great Build thread, Been eyeing up the same frame for my next build, glad to see the geometry kinks were worked out in the end. Did you ever think of swapping the bolts out to brass to see if they blend in with the gold better?

Does anyone know the pinout of the S-LCD1 Ebike meter from BMS battery? I want to see if I can install it on my bike, it says it only works with S type controllers but I have a em3ev 3 speed controller so I may be able to make it work 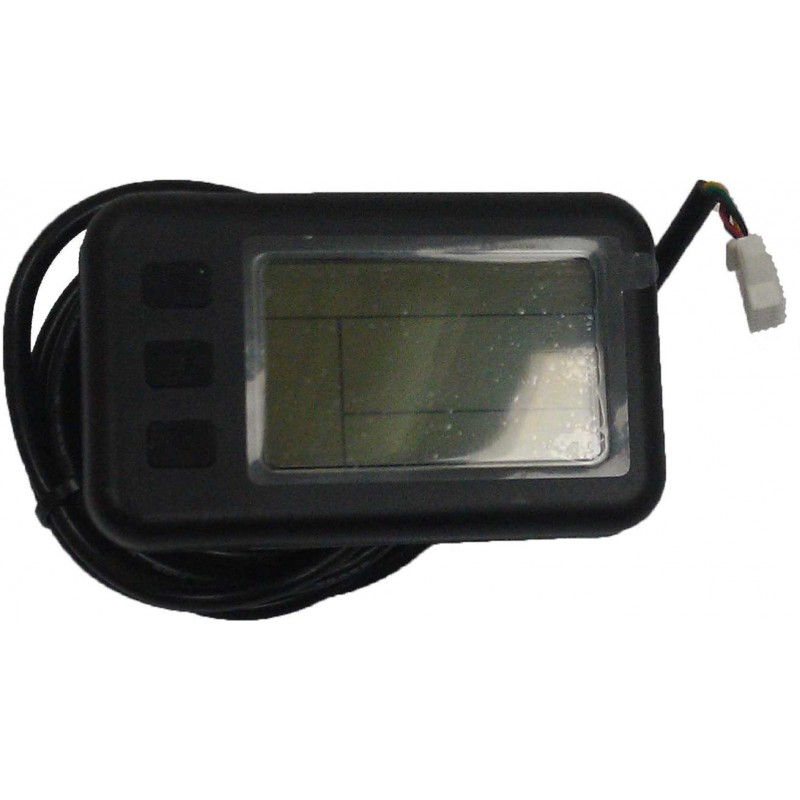 I have one that says its 24/36v rated but on the website they say up to 48v? So im not sure if it will work already

it has 5 wires on it

I found a wiring diagram that says its only 36v so this may be a waste of time since I run 13s now...

Really liking this build! You've done some nice work turning an ugly duckling frame and a bunch of mostly used parts into a bike that looks (and probably rides) better than bikes that cost a LOT more.

It looks like there's a lot of room above the shock inside the sub-seat frame. Do you think there'd be room to put a small controller (eg. phaserunner) in there? I'm considering this frame and I like how clean it looks with the controller hidden.
Top

thradad wrote: ↑
Aug 24 2018 12:52am
Really liking this build! You've done some nice work turning an ugly duckling frame and a bunch of mostly used parts into a bike that looks (and probably rides) better than bikes that cost a LOT more.

It looks like there's a lot of room above the shock inside the sub-seat frame. Do you think there'd be room to put a small controller (eg. phaserunner) in there? I'm considering this frame and I like how clean it looks with the controller hidden.

Next time I have money to waste on Ebikes I want to buy a phase runner and another Cycle satiator(mine was run over by a fork truck)
that's $600 plus shipping I will be saving my pennies!

I guess I need to save my $$ better since I was at the bike shop I picked up a set of new pedals. I haven't bought a nice set of pedals in over a decade so why not! I usually buy the $8 ebay sets but these pedals caught my attention so I needed to have them!

Awesome build! thanks for posting

thanks I have fun with the bike commuting with ease, I obviously like more power...but do not need it for this bike

I knew this was going to happen since winters are so long here, but the freaking shitty BMS drained the first THREE cells of my brand new battery pack!!!! frock

I tried to charge the bike a few times, but just randomly looked at it today sitting in the corner and said I wonder if the battery still works...since its been too long since I charged it....turn the key and it does nothing and doesn't take a charge...

ripped the battery out of the bike and found out quickly what was going on, i'm now trying to revive the cells which two were at zero and 1 was at 1.4v I charged them with a loose cell and a resistor for a quick jump start to 1v so my BC168 charger would then recognize the cells and charge from there...I have the BC168 set at .1amp charge but I doubt the cells will ever recover

I literally only rode the bike three times with this new battery so it never even got the use it deserved. This is one of those scenarios where the battery would have lasted much longer without a BMS

Yes, I also guess they are pretty much "dead". LiPos which dropped below min voltage never fully "recover". You can charge them up to the standard voltage using either NiCd or NiMh mode but their capacity usually drops tremendously.

Also they are more sensible to getting warm / catching fire when beeing charged.
A friend of mine fried his RC buggy with such a LiPo pack.

its odd the second cell group, the one that was at 1.4v is now the runt cell group staying about a volt behind the two that where at zero...curious to see how they discharge after this ridiculously slow 1 week charge

yea thats why i said they are toast.

even if you would reach the 4.2 fully charged and balanced.
the IR will be 10 times higher....

means....bad cells runaway on charging and drop like hell on discharging.
i will update, i promise....
Top

ya thanks for the info. I know the cells are damaged, hence why I was so mad in the above posts!