Have extra parts that need a good home? Post it up here and see if anyone else is searching for what you are selling.
Post Reply
25 posts • Page 1 of 1

I will have 10x 2018 Nissan leaf Gen4 battery modules for sale sometime next week out of a 40kwh leaf pack with ~5,000 miles on it. I will be using the other 14 modules from the disassembled pack in my electric motorcycle, which currently has a pack of 14 Gen2 leaf modules. 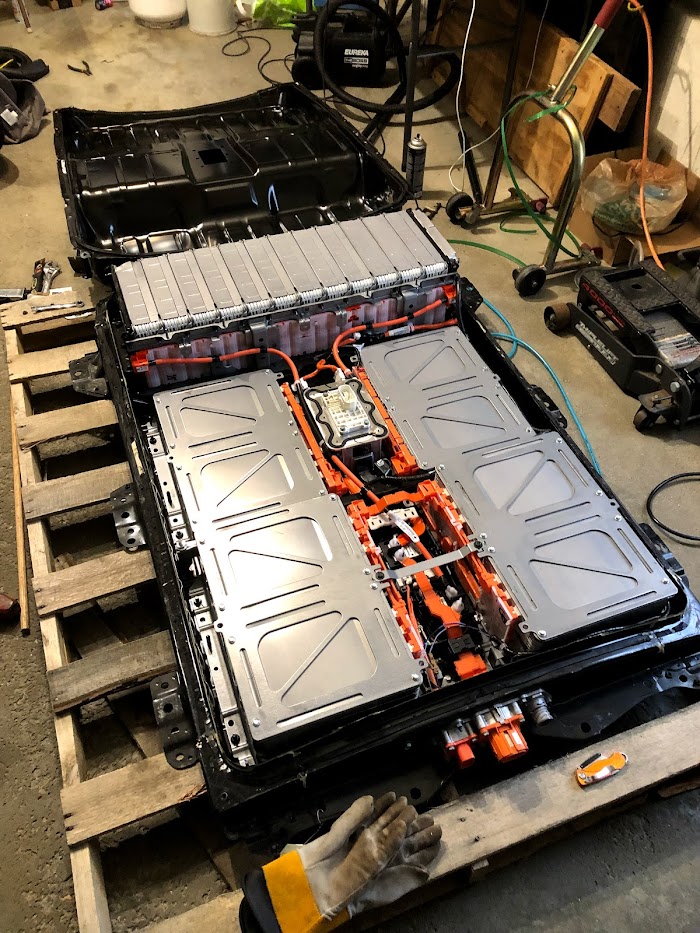 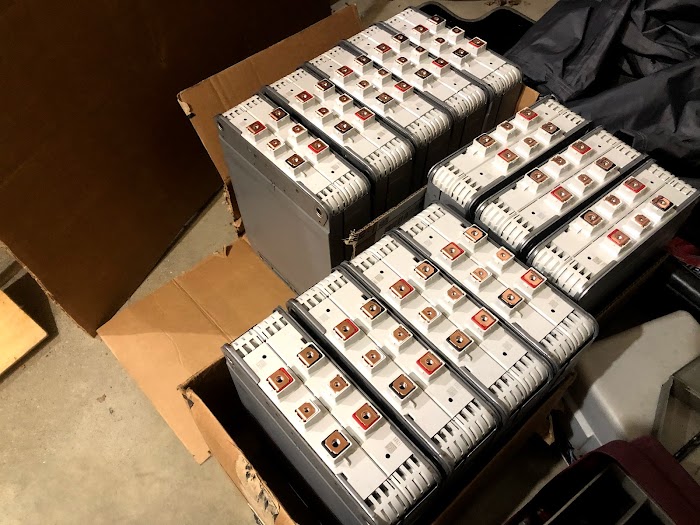 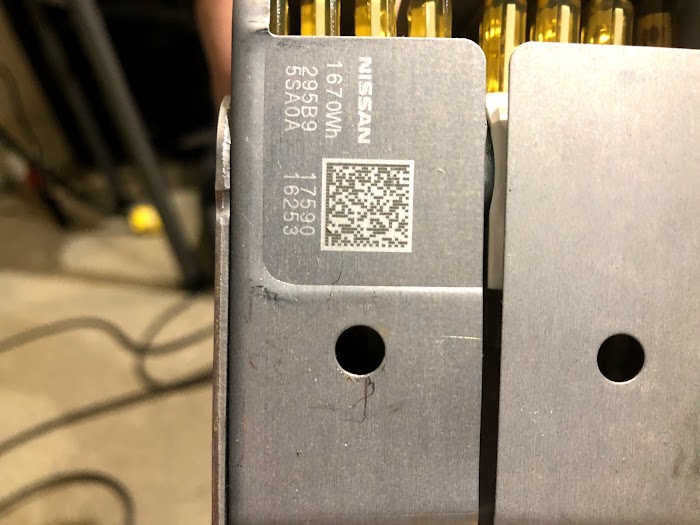 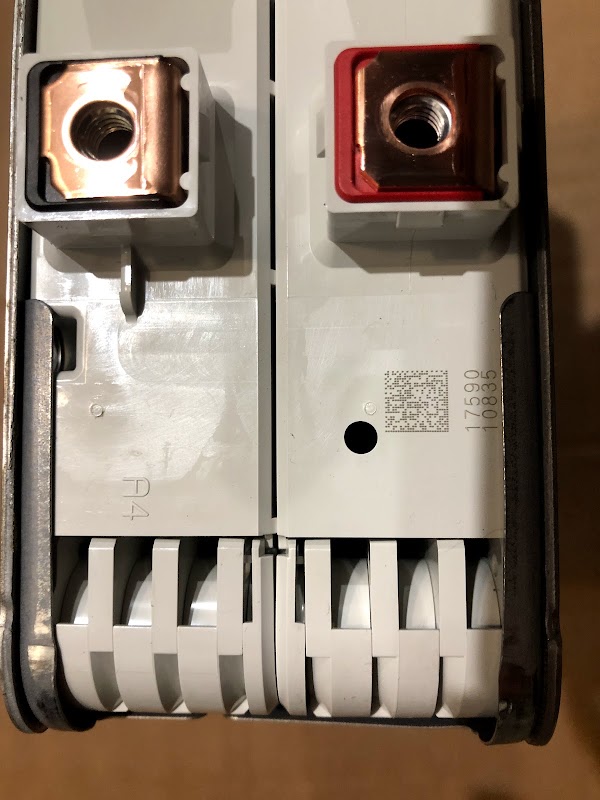 These Gen4's are larger capacity per cell than the Gen2's (56 Ah per cell vs 33 Ah per cell in Gen 2's) and are the same shape as two Gen 2 modules stacked together. I will have some real world capacity data on them as soon as I get mine in my electric motorcycle hopefully next week, but they are marked 1.66kwh each.

Did you manage to get the version with the solid gold connector bars?

Someone along the line seems a bit too greedy in this salvage supply line.
Top

Tech-direct club has some G2 lots, $640/8. But i realize now that these are newer and bigger.

I originally was going to say $500/module is not actually that bad, it's $300/kwhr, which isn't unheard of high price.

But not really for me.

Your link on the specs by the way is not accessible without an account I think.
New to endless-sphere? Notice a lot of signatures recommending Ebikes.ca? That's because it's the best place for a quality and manageable, (but still 'real'), first build. Justin is a solid supporter of electric bike development, and a good source of equipment.
Top

I’d be wary of TechDirect. Unfortunately the reason I have these modules is because I started with $1100 worth of Gen2 Techdirect modules. At a nominal 7kwh mine had a real usable capacity of ~3600wh. So right around the $300/kWh mark lol. Supposedly they are guaranteed to 75% capacity. I got 50% from ride one... (On my Gen2 pack, not the batteries listed here)

I was prepared to pay quite a bit per module when I decided to swap from crappy degraded 2nd gens to the ones listed for sale here. Gen4 is about a 60% increase in volumetric energy density if I’m calculating right. (830wh per half gen 4 module to 500wh per one gen 2 module)

The only other gen 4s previously available recently were listed Similarly and they should be a similar $/kWh usable to the Techdirect batteries since these are out of a low mileage, newer pack.

Feel free to buy, not buy, or make offers. I’ll soon have 12 gen 2 modules for sale at a much lower price per kWh if you prefer a low energy density pack.
Last edited by J_haggerty on Nov 10 2019 2:40pm, edited 4 times in total.
Top

Hopefully the link is fixed now.

EDIT: Summary of below: I had crappy batteries in my motorcycle (Gen 2 leaf modules) that are being replaced with the siblings of the Gen4 batteries listed for sale. The Gen4's should show very little degradation and I will post numbers when available.

Or you spend the same money per kWh and have a pack that is 1/3 the size and 1/3 the weight, which is valuable in small space applications like motorcycles.

I’ll have these in my motorcycle next week hopefully and will be able to tell how the nominal capacity of these holds up to the real world. I’m not interested in selling fake kWh numbers to people- it sucks from personal buying experience.
Last edited by J_haggerty on Nov 10 2019 2:39pm, edited 1 time in total.
Top

Is it just me or is that not *very* degraded? I thought these are supposed to last 1200 charge cycles before hitting 80% capacity, given a 100% depth of discharge. 5000 cycles if you only go to a 80% DoD, which seems to be to be more in line with actual use. Not many people will drain their battery to completely dead every single time they charge. That seems to be the ratings on the 1st and 2nd gen modules, according to http://www.electricvehiclewiki.com/wiki ... city-loss/ and https://www.hybridautocenter.com/HAC4/i ... Itemid=605
Top

****EDIT FOR CLARITY- THIS POST IS NOT ABOUT THE BATTERIES LISTED FOR SALE, IT IS ABOUT MY CURRENT 2013 GENERATION PACK****


Hey Inedible, I’m not sure if you’re saying it is very degraded or is not?

I think it’s very very degraded. But it’s difficult to tell how close my real world numbers are from a lab done capacity test. I don’t want to drain my modules to the minimum 2.5V done on those tests and I can’t replicate a 1/3C load constantly for 2 hours so my numbers are based on a little bit of extrapolating.

I see somewhere between 3500 and 3700 Wh at 35Ah used on my current Gen2 Leaf module pack before hitting a pack average voltage of 3.7V per cell, and at that point some cells are still at 3.7V while others are at 3V. Based on the HybridAutocenter plots that should mean the low cells have about 6% of their capacity left and the high cells a bit more.

That would put the low modules (edit:previously said cells but meant modules) at about 38Ah “usable” (in quotes because you’d be wringing their necks) which is about 70% on the dot based on the 54Ah number I see associated with these modules most of the time. But, based on the 66Ah per module number that was part of the listing I bought these from (will add a picture later) that’s like 57%. So not quite 50% degraded like I had written above, but still below 70% and really not very impressive overall.

I’ve looked at a bunch of different charts and tried to think of the way I use them and charge them to make sense of the low numbers and was almost convinced it’s normal, but then I see people with builds using half the modules I have that are getting the same range and it changes my mind again.

I’m really hoping the low mileage gen 4’s listed here live up to their specs, because it would be a HUGE increase in range and usable energy on my build. 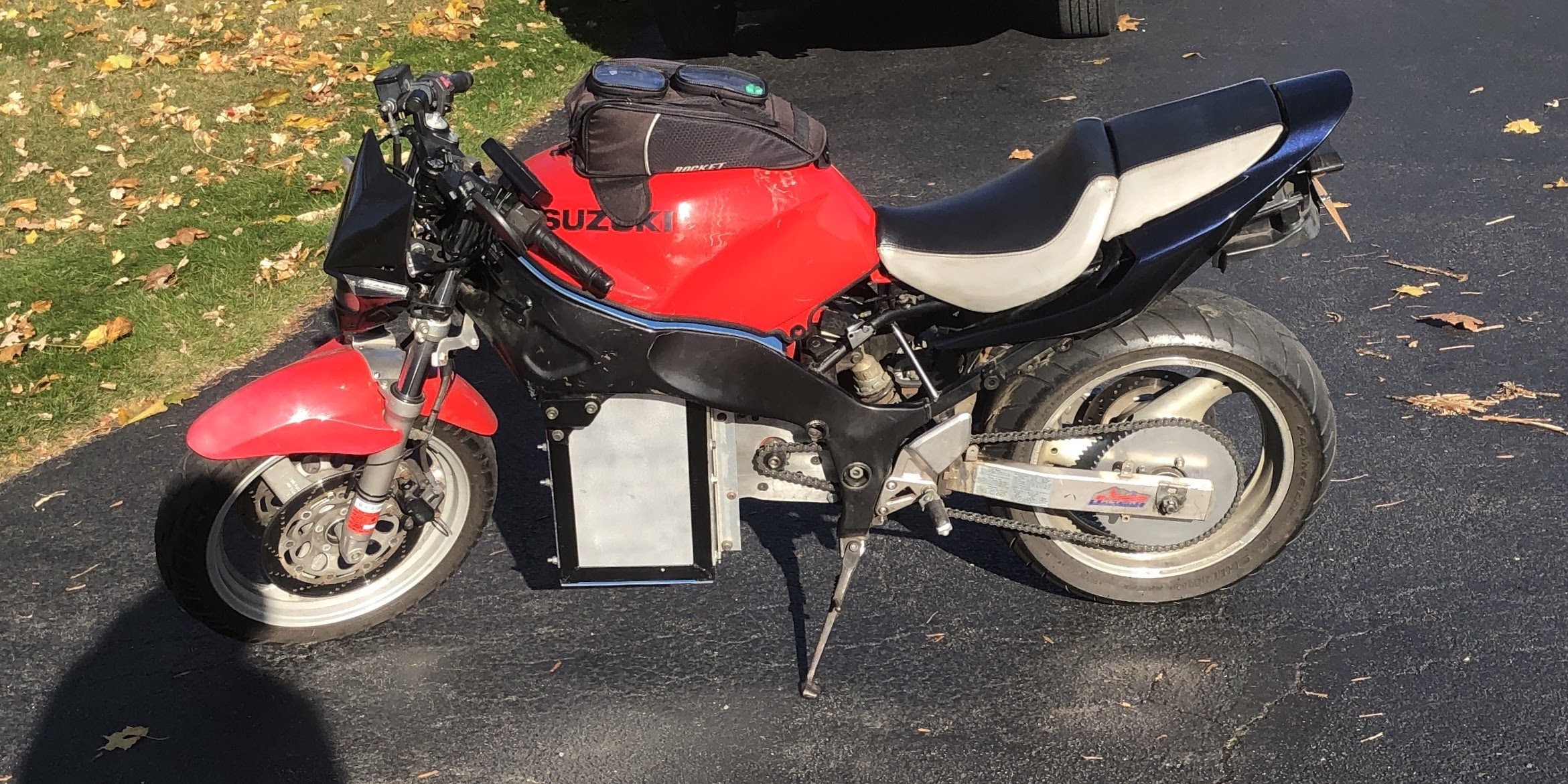 It just seems strange that they could be so degraded in under 2 years. I mean that's only some 700 days, so that'd mean for natural wear and tear they'd need to be charged twice a day every day for their entire lifetime.


35Ah used before hitting a pack average voltage of 3.7V per cell, and at that point some cells are still at 3.7V while others are at 3V.

I wonder if the pack came out of balance at some point and someone was bulk charging it without monitoring cell voltages, maybe overcharging some cells to 4.4v or something. Might be worth it for whoever buys this to measure the capacity of each cell, tear everything apart and build a new pack out of the good cells, which are probably closer to the full 82AH they should be.
Top

I should have been more clear- the reduced capacity cells I mention are in my Gen2 modules, NOT the ones listed here (for clarity for any potential buyers).

I have a pack in the motorcycle pictured above made of 14 Gen 2 modules with a usable capacity of 35Ah.

The batteries listed for sale have not yet been tested and are not likely to be very degraded but I will report their capacity based on how they function when they are put into my motorcycle.

Bump with pictures added. I have 3 left for sure and potentially 10 left at the right price (my backup set if I don't sell them)
Top

Off-topic, I'm more curious as to how you intend to fit 14 Gen 4 Modules in your bike, if your bike had 14 Gen 2 modules than that's the equivalent size of 7 Gen 4s?
Top

I have a dead 2010 ZERO DS motorcycle that I could use these cells for. I need 3 and a half cells, but I'm guessing you don't want to split the cells, if that is the case I can take 7 cells and just make the bike ride longer I guess. please pm me price or call 704 seven 2 six 97 eighteight.
Top

Dropped you a line and left a message. I just split a module for my pack and it seems to have worked. Give me a call back or shoot me a text at the number on the message.

would you consider dropping them off at a UPS store for them to ship? if prepaid?
I would pay the ups store to pack them up.
Top

Shipping lithium is a real pain in the butt. I think it’ll work out better for your setup to find some good condition gen 2’s to fit in the zero that a professional seller can ship.
Top

UPS would professinally ship them for you is my whole point. let me know if you change your mind. I have shipped lithium. used a lot of packaging and put a lithium battery warning sticker on the outside. really not that difficult.
Top

These are still for sale. Now in San Jose California. I have 10 modules available for pickup.
Top

$3000 takes the remaining 10 modules picked up in San Jose. Price is firm
Top

I have 7 modules with BMS for sale out of my motorcycle project for $2500 in the Bay Area.
Top

do you still have any 8-cell 4 gen. modules left for sale?
Eplus, Bionx
Top

Yes I still have 7x 8cell modules for sale in the Bay Area.
Top

Shoot me a private message. If you are willing to cover shipping and are interested in most or all of them I would consider shipping
Top

Price drop. I have 7x left that are configured as a 115V 11Kwh pack. $1500 takes the pack. In great condition, but I now have 2 production EVs and not enough garage space to wrench right now.
Top
Post Reply
25 posts • Page 1 of 1

Return to “Items for Sale - Used”