I used to live in a world where eBikes were powered with a Crystalyte Hub and a lead-acid battery, and you were tech savvy if you had a 1200 baud modem. Now I pay for my TekSavvy instead.

I recently completed the build of a 14S2P battery pack for a Frey M600V2 (52V), and then discovered my BMS had sh*t the bed! I may have blown it by connecting the sensors flat cable (appears to be a Molex PicBlade) to it before I soldered the B- lead (I'm not sure if I did or not). All the cells were new 21700 LG M50's.

Being a Rule Breaker, I charged it sans BMS. Then, I wanted to try it out, so I took it for a 45km ride, and then recharged it without the BMS. I think to myself, "Balancing' is not complicated"". If you have a 14S pack, then 14 neighbours need to have about the same amount of electromotive force. If they don't, then the 'have not's' will steal from the 'haves' and everyone ends up poorer, much like the world we live in withal. A battery pack with all the sense wires connected but no BMS is like a new subdivision that has all the houses built and wired, but not connected to the grid. I simply moved into my house before City Hall started to send me utility bills.

When it was done, I was able to check each cell group (consisting of 2 of the 21700 cells in parallel) because luckily I had attached the sense wires when I did the build, and the Molex PicBlade 1.25mm female pitch connector contact points are accessible to my multimeter. 3 of the cell groups were between 4.0v and 4.1v, while the rest were at 4.2v. So I thought it would be nice to be able to balance those three nascent cell groups and continue to monitor and enjoy the use of my battery pack while I wait for a new BMS to arrive from China. (I will probably check the cell groups after each charge).

I was able to dig up a 2 pin wire-to-wire JST RCY connector, and a single cell 18650 charger I had on hand, and with a bit of soldering, connect one end of the JST harness into my charger through the bottom. That enabled me to insert the tinned ends of the 26 AWG wire on the distal end of the JST into the Molex flat cable connector that has the sense wires from the battery pack, and start to charge each cell group one by one.

What follows is the timeline of the steps taken to give substance to realizing the successful balance charge of this battery pack without the benefit of a BMS:

Have you seen these?
The Un-A9 charges via balance lead/wires directly, 9 cells at the same time... no bleeding like other chargers, instead just pure power going in.. I charge 9 cells at a time all connected together in parallel and have a split in the middle of the pack of an 18s battery, again you can charge 9 cells at the same time.
https://www.banggood.com/UN-A9-PLUS-300 ... rehouse=CN
Be sure to google around I am sure you can find a better price elsewhere I would hope, haven't looked for a while...

Where is the original direct pure parallel balance charger thread, most of those older models don't exist anymore, the UN-A9 is the best most modern of these types of chargers with the most balance leads out there (9), the older ones only did 6 cells at a time.
viewtopic.php?f=31&t=41107

Also, note there are plenty of 6 cell only models called the "UNA6", some sellers so clueless of what they are selling will list UNA9 at a UNA6 price then send you a UNA6...
This ali seller lists both at same time.. 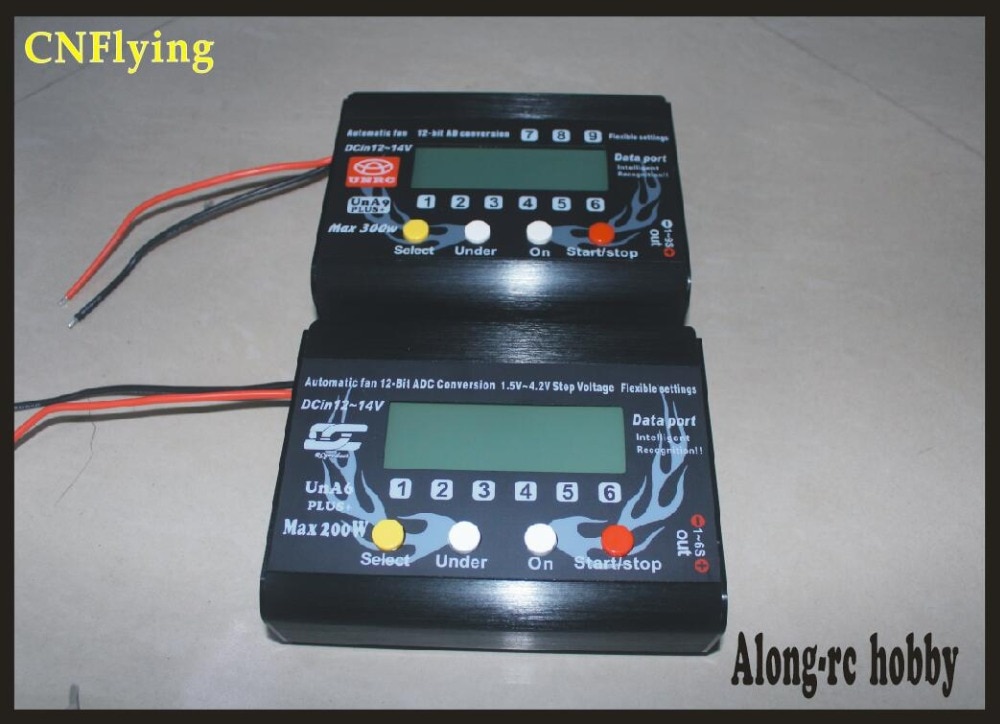 Interesting, be great to have one of those handy for when you need it. I guess if you don't have a switching power supply you could use the same battery that you use for your spot welder, and handy to have ribbon cable around and use it for sense wires if you do not plan to use a BMS with balance when you assemble your pack.

I noticed that the Ali seller has in his description for the A9:

So I guess that would mean, if I have a 13S battery pack, you'd need to do the first 6 cells, then the next 6, and finally the last one, and you'd set your charge rate according to how many are in parallel.

In my case for this example of 2 5AH cells in parallel, this charger apparently could provide a charge rate of .5C, which is a lot faster than perhaps the .05C or so that I suspect my little single cell charger is providing in this DIY hack.
Regards, John
Top

I bought two of those one a una9plus and a una9plus+ with battery nanny. I just bluk charge a 24s and check the 4-6s sense wires for balance and on use the 6s opinion. It has a 6s and 3s female plug and many stlyes of balance board's. Plus battery nanny never used like 24- 3s and 8-6s in the nanny block I never used. And I don't know how. I think 99.00 with 12v supply and nanny one year ago.
Plus it is hard to program.
Top

Thanks for the info. I've never had one of these, seen them around, but just assumed they were mainly used by RC enthusiasts.

If we assume that usually most eBike battery's will use a BMS with balance function, I'd guess that generally you could live without one if you always are dealing with batteries that have BMS.

For example, I recently had a charger for my 48v batteries shit the bed. As those batteries all have a 13S BMS, I put the 52v charger on them (58.8v max output) and monitored the charge. I noticed that as soon as the battery pack got to 54.7, the BMS shut down the charge. So from that, I am assuming that it is safe to use the 52V charger to charge the 48v packs as well as the 52v packs. I'm also assuming that the 13S BMS (w/ balance) would have looked after balancing.
Regards, John
Top

No go buy a 48v charger. Don't rely on the BMS hvc and bleed circuit to control charge voltage. Not today but tomorrow you will over charge your 48v pack.
I don't use a BMS but my pack be is 20ah I would need a 15ah pack or bigger and have worn out four sets of sense wires just with my cellog checking I've only balance the battery maybe 10 times in 6 years going. Plus you need high-quality cells not something ripped out the laptop.
Top

Thanks for the head's up.

I monitor the charge while it is in progress with a multi meter attached to the power poles, ready to disconnect at 54.7, just in case.

Fortunately, there is a new 48v charger enroute, so that was a temporary measure to allow me to use the battery pack in the meantime.
Regards, John
Top
Post Reply
7 posts • Page 1 of 1